Mitrović admits he did 'some stupid things' at Newcastle United

Swansea City v Fulham off due to Covid

Posted Monday 27th December 2021 on Pain In The Arsenal

Boxing Day 1963 is famous but do you know what happened two days later?

Luton Town Football Club (www.HattersNews.co.uk) - Feature: Elijah Adebayo's 10th goal of the season against Fulham equals a near 30-year record for the Hatters 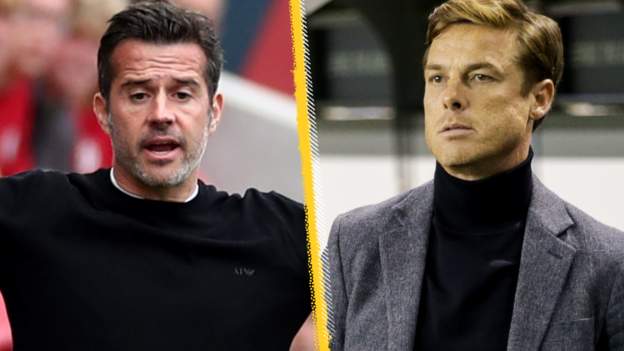 Scott Parker insists his return to Craven Cottage will be a sub-plot as the Championship's top two, Fulham and Bournemouth, go head-to-head on Friday.

"It ain't about me," Parker said. "It's pure focus on us as a team trying to go there and get a result.

"We know we've got a massive challenge ahead against a very good side."

Bournemouth in second, are without a win in their past three games, but leaders Fulham have also had their quest to secure immediate promotion back to the Premier League checked in recent weeks. Marco Silva's side have seen back-to-back draws after a run of seven successive victories.

"It's a big game for both sides," Parker told BBC Radio Solent. "One point separates us, we're 20 games into the season and you've got the best two teams in the competition so far going head-to-head under the lights on a Friday night, so it's got all the makings of being a really exciting game."

Silva, Parker's successor in west London, is refusing to put much more significance on the fixture other than a chance to earn three more points.

"We're a [promotion] contender, they're a contender, but it won't be the first time that we'll have played against a contender this season," the former Everton boss told BBC Radio London.

"We've performed in those matches and we hope to do the same against Bournemouth.

"Whichever side gets the positive result will be the happier, but nothing will be decided after this match."

Friday's fixture will mark Parker's first visit to Fulham since his departure in the summer.

Coincidence has it that he takes his current team to his former one with the two clubs leading the charge for the automatic promotion places and third-placed QPR seven points adrift of Bournemouth.

Parker led Fulham to promotion through the play-offs in 2020, but was unable to keep them in the top flight last season. The 41-year-old took the offer to move to the south coast to try and mastermind Bournemouth's return to the Premier League at the second attempt following their play-off semi-final defeat by Brentford in May.

"I'd like to think I'll get a good reception," Parker said. "But you never know with football these days.

"It will be good to be back and see some familiar faces who I've not seen for a while, but we're here now and I'm enjoying myself and what we're striving towards as a team."

Silva is also not one to be distracted by the former allegiances of his opposite number in the dugout.

"It will be a tough game for us because of Bournemouth's quality," he said. "The way they are playing and how they are managed are just two reasons, but there's nothing more than that.

"I want to see all of us, all my players, all the staff, approach it the same way we have all season. Nothing more.

"It's Fulham against Bournemouth, not the names in the middle."

Silva has seen his side entertain with 49 goals in 20 league games, including 21 in 19 appearances from striker Aleksandar Mitrovic.

Bournemouth are the second-highest scorers in the Championship, but still some considerable distance behind on 36 with 15 of those coming from striker Dominic Solanke, seven from midfielder Philip Billing and six from the impressive forward Jaidon Anthony.

Bournemouth will be without midfielder Jefferson Lerma through suspension while there are doubts over a number of players, including centre-back Gary Cahill.

Fulham are expecting to welcome club captain Tom Cairney back from illness.

If their last Championship meeting at Craven Cottage is anything to go by, goals should be guaranteed.

Bournemouth beat Fulham 5-1 in March 2015, the same season they won the Championship title, and also on a Friday night - with Parker starting in Fulham's midfield and Cherries centre-back Steve Cook scoring their fifth.

"I felt like I couldn't get out of my own [penalty] box all game," Parker joked to BBC Radio Solent.

"I remember the game very, very well. We [Fulham] got eaten up and then spat out.

"Bournemouth on the day were incredible, it was a big result."