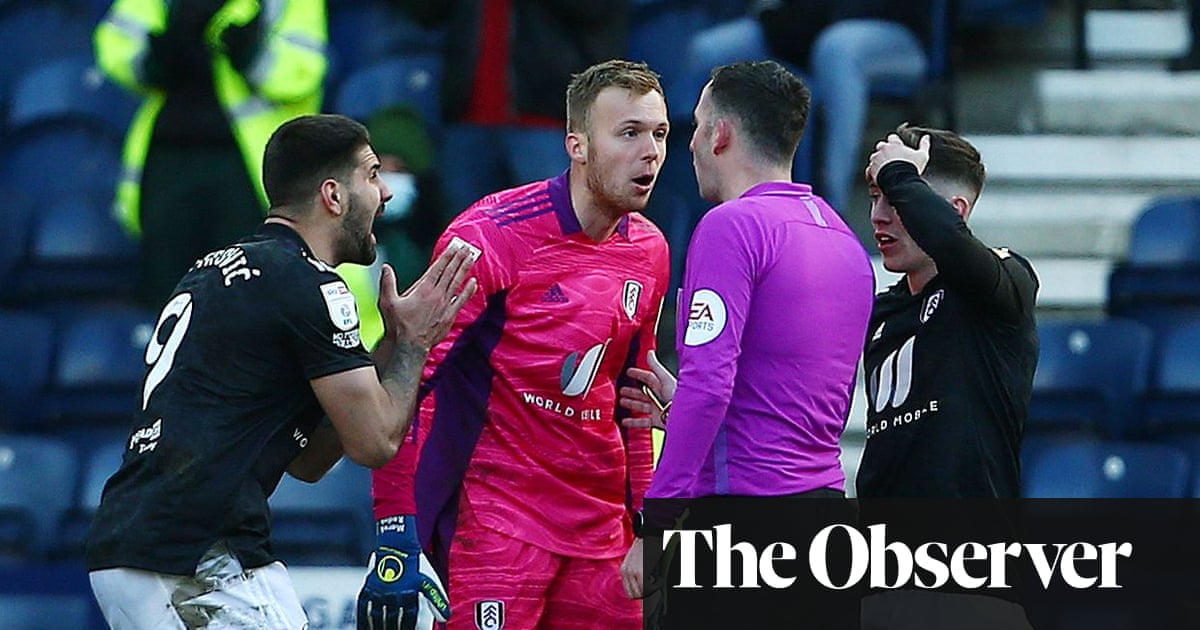 Evans bundled home from close range with 18 minutes to go, but Fulham players protested vociferously as they believed a handball offence was committed just before the ball hit the net. A draw was probably a fair outcome at the end of an entertaining clash which saw chances at both ends.

It was no real surprise to see Championship leaders Fulham firmly on the offensive in the opening stages, as they looked to return to winning ways following their midweek draw at rock-bottom Derby. Tosin Adarabioyo planted an early header wide while for the hosts, Ben Whiteman fired a free-kick straight at Marek Rodak.

The visitors continued to probe and they grabbed a breakthrough in the 15th minute. It was a routine set-piece situation that brought the goal, with Jean Michael Seri curling in a low free-kick on the right and the captain, Tim Ream, darting in to volley home from inside the six-yard box.

Fulham then went close again when Adarabioyo volleyed off target after Aleksandar Mitrovic’s free-kick hit the wall. Marco Silva’s side held on until half time but Preston grew into the game, and continued their momentum at the start of second half. Sean Maguire flicked Whiteman’s free-kick towards goal but Adarabioyo blocked his effort.

Harry Wilson forced Daniel Iversen into a decent save but Fulham’s attacks were few and far between as the hosts applied more pressure, Ali McCann driving a shot narrowly past the upright. Preston got their hotly disputed leveller in the 72nd minute as Evans bundled home Whiteman’s corner.

Fulham’s defenders were convinced that Emil Riis had handled just before the ball reached the substitute, but their protests were waved away. Alan Browne drove an angled effort just over the top for Preston, but neither side could find a late winner.

“That was a big mistake from the referee and the linesman,” said the Fulham manager, Marco Silva, afterwards. “There was an elbow in there and then a clear handball before the ball goes over the line. It’s difficult for us to accept, but the referee had a bad performance [and] we’ve ended up losing two points.”