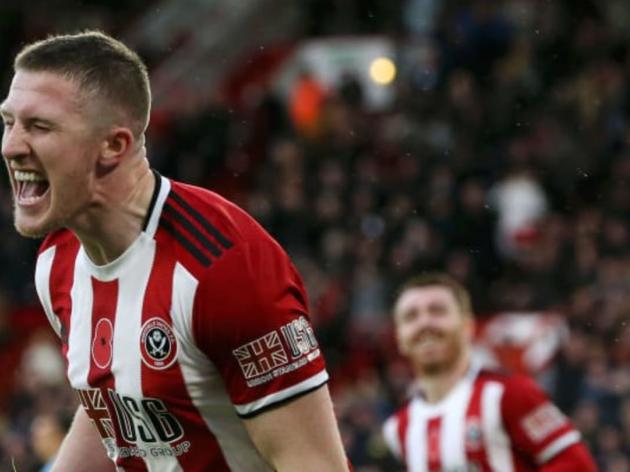 Even though the Premier League season isn't quite complete yet, the teams on their way out of the division are already confirmed.

Sheffield United have been down for a while but it was confirmed this weekend that they'd be joined in the Championship by West Bromwich Albion and Fulham.

Despite their poor performances this season, all three squads have got talented players that are sure to be plying their trade in England's top flight next season at new clubs. But who are those players and which clubs should be looking at them? 90min takes a look.

A former England youth international, Lundstram was one of the star players in Sheffield United's maiden Premier League campaign under Chris Wilder.

This season though he has struggled to hit those heights, but - that said - there's no doubt that a few of the newly promoted clubs as well as the likes of Crystal Palace and Southampton could do with his energy and quality on the ball in the centre of the pitch.

Johnstone has done well to earn himself attention | Pool/Getty Images

The most likely move at the moment seems to be a move back to Old Trafford as number two to Dean Henderson if David De Gea is let go, but Newcastle could do with an upgrade in goal and would offer much more first-team football.

During his time at Wigan, Robinson was denied a move to AC Milan because of a heart problem diagnosed in his medical. A full recovery followed by Wigan's relegation saw him move up to the Premier League with Fulham.

Great pace, good defensive ability in one on one situations and great at reading the game, Robinson provides quality in both directions.

Palace and Wolves' left-back slots are up for grabs, while Brighton could do with a more natural option in the position, and Robinson fits the bill for all three.

With Palace having a load of players out of contract, the 23-year-old would be a great option to add quality to their ranks, while Watford and West Ham may also be keen.

Suitable clubs: Brighton, Arsenal, Southampton, Aston VillaBogle was one of his Sheffield United's stand-out performers in his debut season at the club, playing as a wing-back on both sides and scoring two of the club's 18 goals this season (yes, they really only scored 18 goals).

He has great pace, bags of potential and would slot in excellently at any team who focus more on the attacking side of the game.

Suitable clubs: Arsenal, Tottenham, WolvesAfter signing for the Cottagers on deadline day, Andersen made an immediate impact on the side helping to strengthen them at the back.The 24-year-old showed great leadership and even took the captain's armband midway through the season.

Arsenal and Tottenham are reportedly interested in the Dane, with his performances showing that he has the quality to hang in the division, while Wolves could always do with a new centre-half to allow Romain Saiss and Leander Dendoncker to get back to being midfielders.

The Serbian's goal record speaks for itself | Catherine Ivill/Getty Images

Suitable clubs: Brighton, Crystal Palace, WolvesThe Serbian didn't have his best of seasons - having spent large periods of it on the bench. He has proven that he still has the goalscoring touch though, as he became his national team's all-time top scorer this season.

Brighton have struggled for goals all season, while Palace and Wolves could do with a more clinical target man-type striker up top and Mitrovic certainly fits the bill.

Suitable clubs: Arsenal, Aston Villa, EvertonThe Norwegian midfielder missed a large chunk of the season with a hamstring injury, but his quality has never been in doubt.A brilliant passer of the ball with a great engine and footballing brain, Berge has impressed many with his ability and was deemed a steal when the Blades brought him in from Genk last January.

The clubs at the top end of the table will be better equipped to put his talents to good use and with a reported release clause of just £35m, he could be a bargain for one of the big boys.

Suitable clubs: Liverpool, Man Utd, Everton, Aston VillaAfter a highly successful loan spell in the Championship, Pereira made his move to the Hawthorns permanent and shone once again in the Premier League.The Brazilian has notched ten goals and five assists so far this season, contributing to just under half of all West Brom's goals this season. He has the technical quality to excel at the top teams and is young enough to be used as a squad option rather than be a guaranteed starter.

He's unlikely to be crazily expensive but will attract plenty of interest and could be one to look out for next season with better players around him.