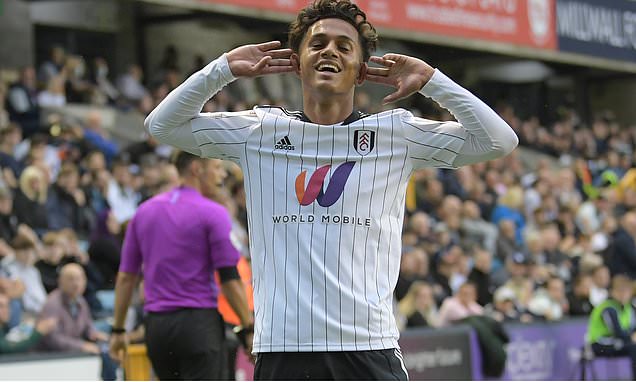 By Joe Bernstein for MailOnline

Super-agent Jorge Mendes is wooing Fulham youngster Fabio Carvalho and is trying to fix him up with a move to Liverpool.

Mendes, whose client list is headed by Cristiano Ronaldo and brokered the move that took Ruben Dias to Manchester City, sees Carvalho as a potential star of the future.

The teenage midfield creator is in the final year of his contract at Craven Cottage having scored four goals in 12 games for Marco Silva’s team.

Mendes has alerted Barcelona and Real Madrid without joy but believes Liverpool are more interested in the 19-year-old having signed another Fulham academy graduate Harvey Elliott with great success.


Mendes has good relationships with the Anfield club having been involved in Diogo Jota's move there from Wolves.

Though born in Lisbon, Carvalho moved to England at the age of 12 and has represented the Three Lions up to under-18s level.

Silva is aware Fulham could lose their young talent. ‘We are in the process to try and renew his contract, everyone knows that,’ he said.

‘But I hope everyone advising him makes him think just about football, and nothing (distracts) him from the most important thing in his life, playing football and doing his best every single day.’

Carvalho has recently returned from a toe injury having scored three goals in Fulham’s bright start to the Championship season.