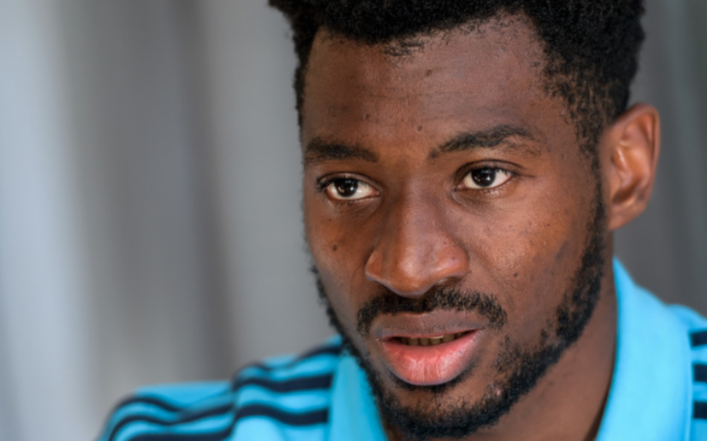 Fulham’s relegation from the Premier League last season convinced André-Frank Zambo Anguissa look for a new club in the summer.

The midfielder had to wait until the deadline day before sealing a loan move to Napoli, and, as a part of the agreement between the two clubs, the Serie A side retain an option to make his stay permanent in 2022.

Since arriving in Italy, the 25-year-old has starred for the Naples club and his performances had resulted in reports linking him with a move to Crystal Palace.

Napoli sporting director Cristiano Giuntoli waited until the end of the window to get the Cottagers owned player because he didn’t want to conclude a deal on exaggerated terms, and journalist Valter De Maggio has hailed the club chief in helping Luciano Spalletti’s side sign the Cameroon international and has also stressed Napoli have made a decision on the Fulham man.

“In the last few hours, I have received a draft about an operation the club will close only in June. To tell you the truth, it is the continuation of a market masterpiece completed in June by Cristiano Giuntoli,” De Maggio told Kiss Kiss Napoli’s program, Radio Goal, relayed by Area Napoli.

“You know what operation I am referring to, the masterpiece from the Napoli director, this year bears a name, and is called Anguissa. He was taken by Napoli for a loan of only €400k from Fulham.”

“Well yes, Napoli have already chosen to redeem the boy, but the operation will be concluded only at the end of the season. I get this draft, Napoli has already decided to pay Anguissa’s ransom, but will formalize it next June.”