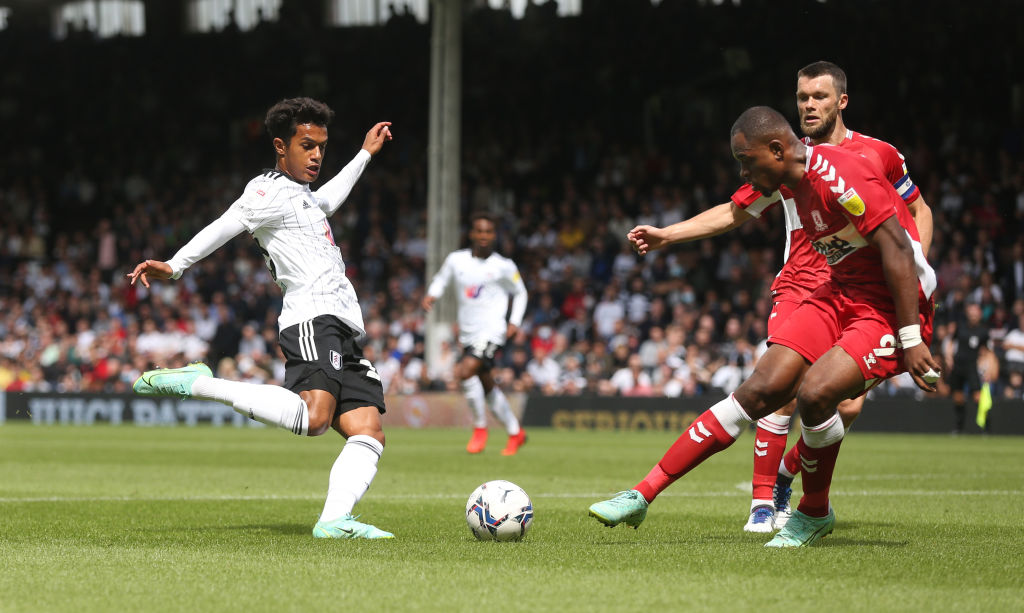 Fulham wonderkid Fabio Carvalho is stalling talks over a new contract until January amid links with a move to Leeds United.

That’s according to the Daily Mail, who claim that Carvalho is leaving Fulham worried with his contract stance.

Carvalho is in the process of switching agency. Current with the Unique Sports Management agency, Carvalho is  set to change representation.

Carvalho now won’t consider talks until his new agency is in place, which may only be in January.

That leaves Fulham massively vulnerable to losing Carvalho come the end of the season, with his contract expiring in June.

Fulham have lost Harvey Elliott and Mika Biereth in recent times, with Carvalho potentially joining them.

The 19-year-old playmaker has racked up three goals and one assist in just five league games this season, being branded ‘fantastic’ by Marco Silva.

Unsurprisingly, Carvalho is making himself a wanted man.

Real Madrid have been linked with Carvalho, but there is interest in the Premier League too.

The Daily Mail reported in August that Leeds United and West Ham United were both in the race to sign Carvalho.

Carvalho’s balance and technical ability make him a real threat in the final third, and he could be a number 10 under Marcelo Bielsa.

Learning that contract update should be appealing to Leeds, who will be sat watching Carvalho’s agency situation.

In other news, £15m Edu signing could explode at Arsenal in less than 2 weeks - our view