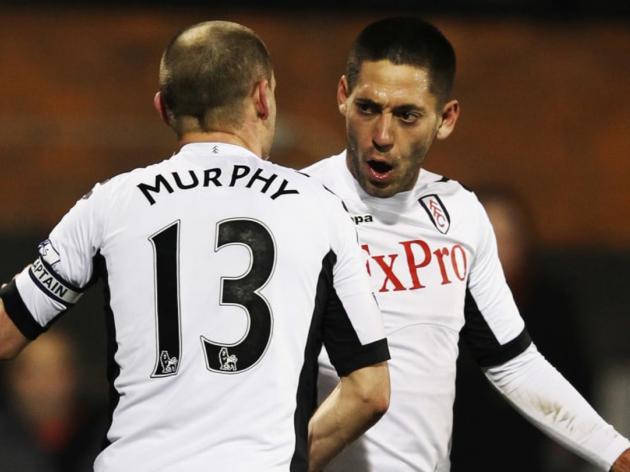 Danny Murphy has revealed that Clint Dempsey punched through a dressing room window after discovering he had been dropped for Fulham's Europa League semi-final against Hamburg back in April 2010.

The incident occured prior to the tie's first leg in Germany. With usual striker Bobby Zamora struggling with injury, Dempsey was expecting to start. However, on the day, Zamora told manager Roy Hodgson that he felt fit enough to play and he was promptly restored to the starting XI.

According to Murphy, who was speaking on the Off The Hook with Jimmy Bullard podcast (via the Mirror), the forward was not told this until half an hour before kick off. Did the American take it well? No, not exactly.

"So you know as you come in the dressing room, you know those little windows that are toughened in the corner? He's hit one and smashed it," Murphy explained. "He's got glass coming out of his hand, got blood going all over the dressing room. It's everywhere. They've had to pull the glass out and stitch him.

"He came in and just bang. And his hands, he had nerves and tendons hanging off and he wanted to go again. It was too much so all the staff came in, the doctor, everyone, anyway he's gone on the bench in the end."

In an ironic turn of events, Dempsey ended up replacing Zamora just after half-time due to injury, helping his side see out an encouraging 0-0 draw. In the following leg Fulham came back from a goal down to win 2-1, thanks to strikes from Simon Davies and Zoltan Gera.

This set up a meeting with Atletico Madrid in the final, a game in which Dempsey also had to settle for a place on the bench. Eventually Fulham fell just short of glory, with Diego Forlan's winner with four minutes left to go in extra-time enough to give Atletico the win.