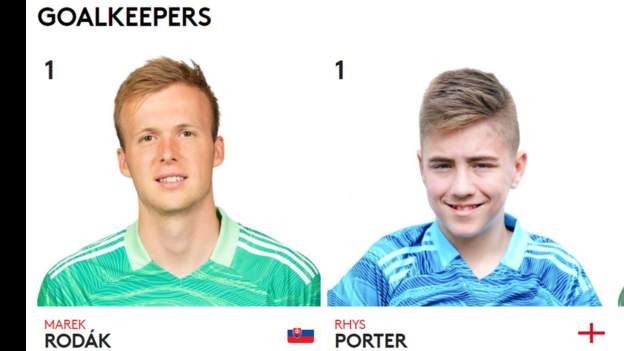 Thirteen-year-old Fulham fan Rhys Porter, who was abused online because of his disability, has been made an honorary member of the club's first-team squad.

The goalkeeper received the abuse after posting videos of his saves on social media.

Earlier this week he was moved to tears when he met one of his Fulham heroes Tim Ream on BBC Breakfast.

"Everyone at Fulham has been completely inspired by Rhys," the club said.

"We wanted to show him just how impressed we've been with both his attitude in the face of adversity, and his commitment to helping others.

"Rhys has cerebral palsy and epilepsy, and was recently subjected to vile online abuse after posting a video of him making a save."

On Fulham's website he is listed on the squad page as number one alongside the club's official number one Marek Rodak.

Rhys was a guest of the club at their recent match against Reading and when he visited the club's training ground this week he joined in some of the drills with goalkeepers Rodak and Paulo Gazzaniga.

Ream added: "People see footballers as role models and inspirations. For me, what he's doing is more of an inspiration than anything any of us could ever do."