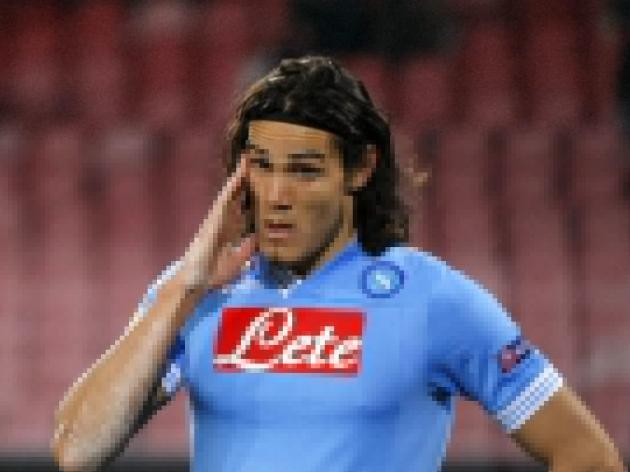 One of the best things about the Europa League is the stage it gives lower profile teams to make a real name for themselves.

The 2020/21 edition has been no different, with Granada - down in the second tier of Spanish football in 2018/19 - not only one of the most exciting teams to watch in La Liga, but also one looking good for a spot in the quarter-finals at the very least.

The UEL Breakfast Show, presented by official tournament partner Kia, has been rooting for the underdogs this week, and has put together a list of the greatest shocks ever seen in the history of the competition.

Napoli had come close to eliminating Chelsea from the Champions League in 2012, and had a squad which featured Edinson Cavani, Marek Hamsik and Lorenzo Insigne. Essentially, they were as good as they came in the Europa League.

However, they didn't live up to their star billing against Czech side Viktoria Plzen, as they were thumped 5-0 on aggregate.

The biggest shock came in the first leg at the Stadio San Paolo in Naples, where Plzen smashed home three unanswered goals to stun a side who were seen as one of the pre-tournament favourites.

Beating Sir Alex Ferguson's Manchester United was never an easy task, and yet Marcelo Bielsa - he of modern day Leeds fame - managed it twice in a week.In charge of an Athletic Club side which featured Fernando Llorente, Iker Muniain and future United man Ander Herrera, Bielsa led his side to an enthralling 3-2 victory at Old Trafford in the first leg, but his job was far from over.Ferguson came out firing for the return fixture, bringing the likes of Rio Ferdinand and Michael Carrick back into the team, but they were powerless to stop Athletic from picking up a 2-1 win.

There were also minutes off the bench for a young Frenchman named Paul Pogba, who it transpired was making his penultimate appearance before heading off for Juventus.

Gent surprised Tottenham in the round of 32 in 2016/17 and picked up a shock 1-0 win in the first leg. Despite that advantage, Spurs were still overwhelming favourites to go, and were expected to dominate when the Belgians came to Wembley.Christian Eriksen had Spurs level in the tie after just ten minutes, but a Harry Kane own goal and a red card for Dele Alli before the break turned things on its head.

Victor Wanyama put his side back in front, but Kane’s own goal meant Spurs still needed another. Gent sat back and absorbed all the pressure in the world, only for substitute Jeremy Perbet to poke home the goal which gave Gent an insurmountable lead.

The entirety of the 2014/15 season seemed like a blur for Ukrainian side Dnipro, who were constantly punching above their weight en route to the Europa League final.Not even Ukraine's biggest team at the time, Dnipro made it through a group which also featured Inter and Saint-Etienne, before dispatching Olympiacos, Ajax and Club Brugge to book themselves a spot in the semi-final.They stunned the world again by coming out on top against Napoli, setting up a clash with Europa League specialists Sevilla in the final. Unfortunately for Dnipro, they lost - kick-starting a major nosedive for the club.

They were kicked out of Europe next year for violating Financial Fair Play rules and were forced to close their doors permanently in 2019, just four years after the greatest season in club history.

When Fulham were drawn against Juventus in the 2009/10 last 16, there was surely only one winner. Even though the Italian side weren't at their peak, their squad still boasted names like Claudio Marchisio, David Trezeguet and Fabio Cannavaro. They were overwhelming favourites.The gulf in class was clear in the first leg when Juventus roared to a 3-1 win in Turin, and it was so comfortable that the return fixture at Craven Cottage was almost a foregone conclusion.

How wrong that was.

In one of the craziest games of all time, in which Juve had both of their centre-backs sent off, Fulham roared back from 1-0 down to pick up a mesmerising 4-1 victory.

Clint Dempsey saved the best for last, pulling off an audacious lob which sealed one of the greatest comebacks in European history.