The Leeds lineup that should start against Fulham
Football.co.uk 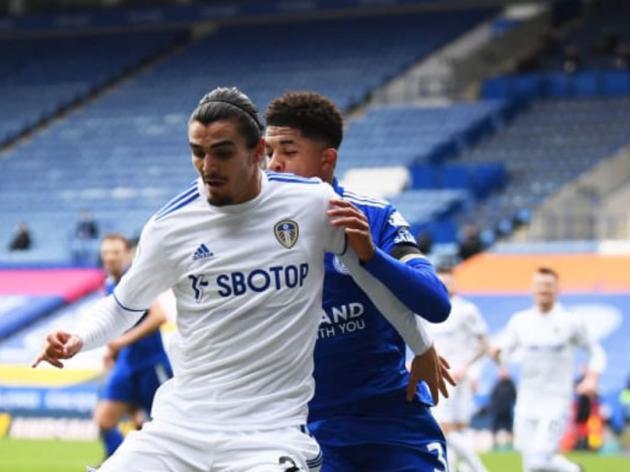 For all the praise Leeds have been given in their return season to the English top flight, a run of one win in their last five games is a concern.

Marcelo Bielsa's side have stuttered in recent weeks with a couple of difficult fixtures thrown their way. A 0-0 draw with Chelsea last time out, however, should serve as inspiration to shake off an inconsistent patch and inspire a surge heading into the final stretch of the season.

Leeds travel to Fulham in the Premier League on Friday evening, with Scott Parker's side desperate to turn good performances into victories. The Whites must be at their best to avoid any slip ups in a game that won't be a comfortable one; here's who they could start to get the job done.

Illan Meslier (GK) - Eight saves against Chelsea made it a well-earned clean sheet for the young Frenchman. He keeps his place.

Luke Ayling (RB) - A defensive boost means Ayling has been able to return to his natural right-back position.

Diego Llorente (CB) - Earned an international call-up for a recent string of decent performances for the club.

Pascal Struijk (CB) - Contributed to six clean sheets for Leeds this season and is proving increasingly reliable wherever he is deployed.

Ezgjan Alioski (LB) - Struggling as the left back, but provides his side with attacking thrust from deep. And we all know how much Leeds love that sweet attacking thrust.

Get him on the plane, Gareth | Stu Forster/Getty Images

Kalvin Phillips (DM) - The 25-year-old has been irreplaceable all season at the base of Leeds' midfield. His performances could yet earn him a place on the plane for the Euros following his latest call-up.w

Raphinha (RM) - Five goals and five assists in the Premier League so far for the Brazilian. Not a bad feat by any means in someone's debut season.

Mateusz Klich (CM) - With Rodrigo out due to injury, Klich returns to the starting XI.

Tyler Roberts (CM) - Growing in confidence with Bielsa putting more trust in him over the last few weeks. Roberts has the chance to improve his goal contribution numbers against Fulham.

Jack Harrison (LM) - Harrison has been brilliant again for Leeds this season. His six goals and four assists in the league is surely enough to finally secure a permanent move to Elland Road.

Bamford is in | Naomi Baker/Getty Images

Patrick Bamford (ST) - Panic over, Leeds fans. Bamford has been declared fit for the trip to Fulham. And becausee he's fit, then he absolutely has to start, no questions asked.