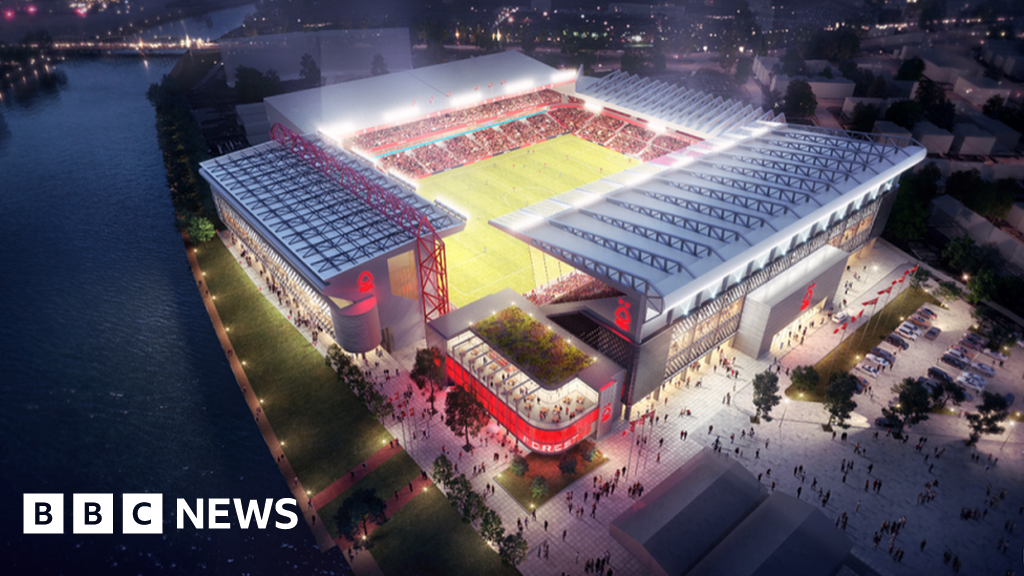 Nottingham Forest have submitted updated plans to redevelop the City Ground and new proposals to transform its training facilities.

A new sustainable travel plan has been sent to Rushcliffe Borough Council as part of its bid to rebuild the Peter Taylor stand, boosting capacity.

Proposals for its Wilford Lane training ground include a new two-storey academy building.

It would house 14 changing rooms, three classrooms, a physio room and a gym.

The club said it hoped the updated sustainable plans "will pave the way for a full and final planning submission in the new year" on the new Peter Taylor stand at the City Ground.

"We will continue to keep supporters updated on progress on this important project," Nottingham Forest chairman, Nicholas Randall QC said.

The club previously said it was important to ensure its home remained on the banks of the River Trent, rather than relocating to a newly-built stadium.

New proposals for its training ground in West Bridgford also include a canteen and more on-site car parking.

These plans are due to be submitted to the borough council with a decision expected in the new year.

Mr Randall said: "This is another important milestone in enhancing the infrastructure of the club.

"Everything we do as a club is geared towards continually improving standards to provide the best possible environment for us to progress."

He said a move to a different location had been considered but the club concluded that Wilford Lane in West Bridgford "provides the ideal footprint for us to improve and further integrate our first team and academy operations".