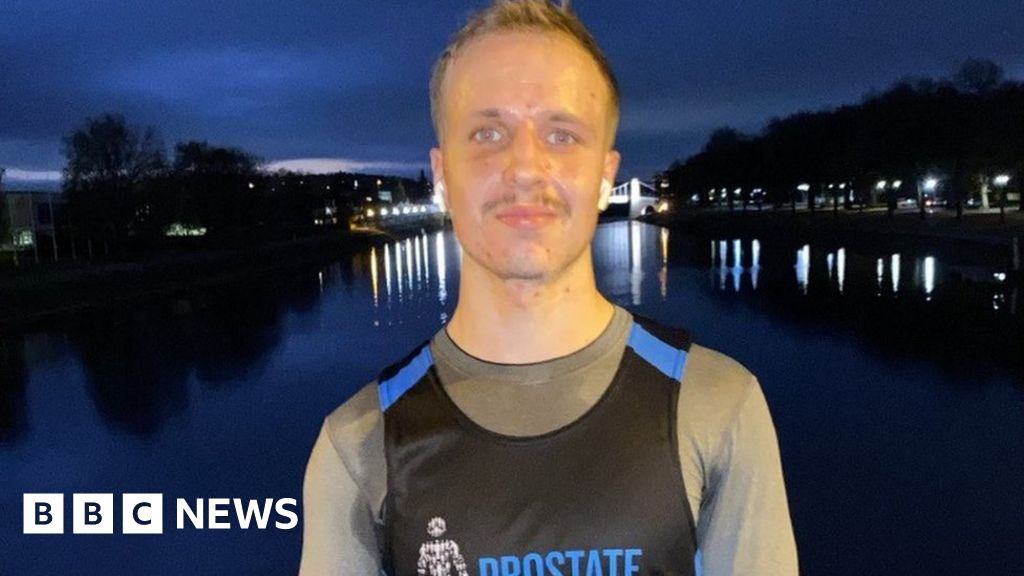 Mark Dean is part of a collective effort of staff from 35 league clubs, known as Prostate United

A Nottingham Forest academy coach is to take on a half marathon in support of a fellow professional.

Mark Dean is running 10km (six miles) and cycling 25km (15 miles) every day during November, as well as aiming to run the Derby Half Marathon later.

Mr Dean is raising money in support of Luton Town's assistant manager Mick Harford who was diagnosed with prostate cancer earlier this year.

Mr Dean, who is an academy strength and conditioning coach, said he was running as part of a joint effort of staff from 35 league football clubs, known as Prostate United.

He said he had personally experienced the loss of his grandfather due to prostate cancer but he was also inspired by his fellow sports professionals.

"I know one of the coaches at Luton quite well and I think what they've done in support of Mick Harford has been amazing," he said.

Mr Harford - who has played and coached Luton and played for numerous clubs including Chelsea, Newcastle United, Lincoln City and Derby County - has just completed a two-month course of treatment, including radiotherapy.

"Forest played Luton on Tuesday night and the Luton fans were shouting Mick Harford's name, which brought back why we are doing this," he said.

"It's really poignant the way the football community has got together to support each other."

Nicola Tallett, director of fundraising and supporter engagement at Prostate Cancer UK, said: "It's been fantastic to see the football family coming together again in support of men affected by prostate cancer and their families.

"To run or cycle every day for a month is no mean feat - especially considering the busy schedules of their clubs - so we're incredibly grateful for the support of the Prostate United team.

"The funds raised by Mark and every club and individual involved will be invested into research into better tests and treatments to stop prostate cancer being a killer."