Keane slams Arsenal for their 'rubbish' first-half display at Forest

Patino starts in youthful Arsenal set up at Forest

Why are Arsenal wearing an all-white kit against Forest, can I buy it?

Why are Arsenal wearing an all-white kit vs Nottingham Forest in the FA Cup? | Goal.com

Patino, ESR and Leno to Start: Team News and Predicted Lineup | Here’s How Arsenal’s Starting XI Will Look Like Against Nottingham Forest 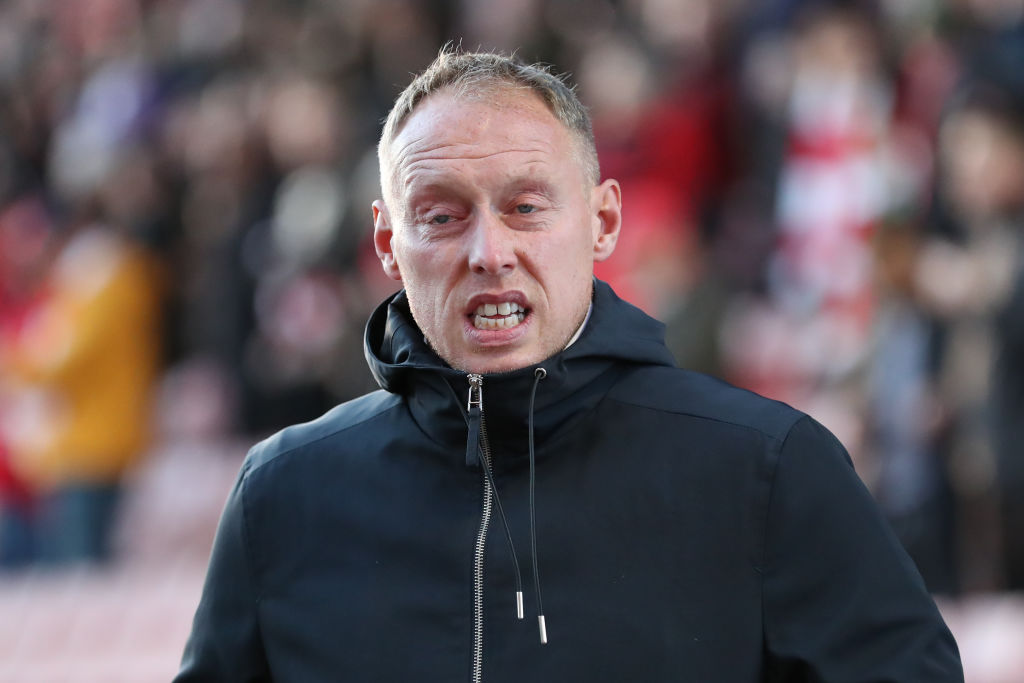 Championship giants Nottingham Forest look set to miss out on a January move for Sheffield United striker Rhian Brewster following the sacking of Slavisa Jokanovic, as reported by Eurosport.

Nottingham Forest have come a long way under Steve Cooper – from the bottom of the table to the vertigo-inducing heights of 13th place to be specific.

But if they are to really push on and swap a relegation battle for a play-off scrap, the City Ground outfit must find a way to turn those draws – those many, many draws – into wins.

Forest have won just one of their last five Championship games, their most recent in a long run of stalemates coming at home to Luton Town on Tuesday night.

Furthermore, they’ve only scored 24 times in 19 games with the evergreen Lewis Grabban (eight) the only member of Cooper’s squad to net more than three so far.

According to reports, Nottingham Forest were weighing up a bid to bring in England U21 international Brewster on a potential loan-to-buy deal.

The former Liverpool and Chelsea wonderkid has struggled for goals and games since joining Sheffield United in an eye-watering £20 million deal during the summer of 2020.

Eurosport, however, believe that Brewster will be handed a fresh start at Bramall Lane with Paul Heckingbottom, Sheffield United’s U23 coach, stepping up to take the top job following the sudden departure of Jokanovic in midweek.

It is understood that Nottingham Forest were ‘growing hopeful’ that a mid-season deal could be agreed. Those hopes now appear to have gone up in smoke.

While Jokanovic’s sacking certainly raised a few eyebrows – his Fulham and Watford sides started their seasons in similarly sluggish fashion before securing promotion after all – the Serb’s usage of one of Sheffield United’s most talented players certainly became a cause for consternation in the Steel City.

Yorkshire Live claim that the Blades’ board were left somewhat baffled by his decision to deploy Brewster, a natural-born central striker, as a winger – and the fans were left equally confused, it seems.

In other news, a striker who turned down a summer move to Nottingham Forest has now scored five goals in his last five games…