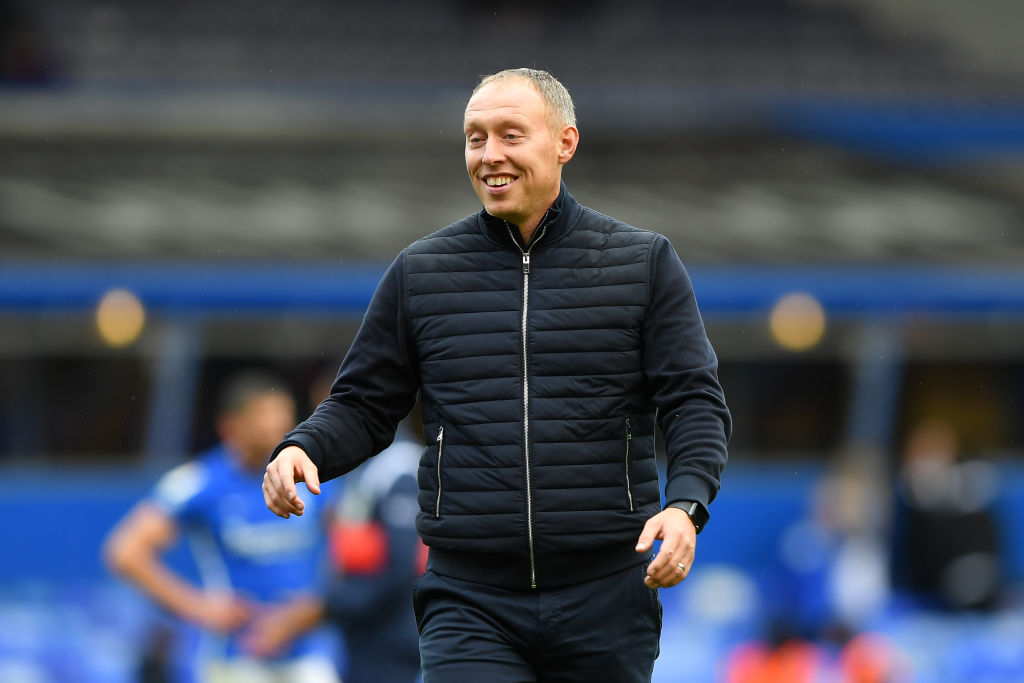 Nottingham Forest could have done with Cyriel Dessers during Tuesday night clash with Luton Town. Or away at Reading three days earlier.

Or, for that matter, against Sheffield United and Queens Park Rangers.

A run of four draws in their last five Championship fixtures has hardly brought an end to Steve Cooper’s honeymood period in the City Ground hotseat but the early progress has certainly slowed down somewhat, a oh-so frustrating absence of a much-needed ruthless streak slamming the hand-break on any lingering play-off prospects.

Cyriel Dessers, however, is exactly the sort of striker who specialises in turning defeats into draws, draws into wins.

As we said, a Nottingham Forest specialising in stalemates could have done with him.

Could Cyriel Dessers have turned Nottingham Forest into a play-off side?

The Genk loanee made himself an instant Feyenoord hero with a 92nd minute winner in the Rotterdam derby away to Sparta at the end of October.

He was at it again later that week, the difference-maker again in a 2-1 Europa Conference League victory over Union Berlin.

By the time AZ Alkmaar rocked up at De Kuip on November 7, it would have been more of a surprise if Dessers hadn’t popped up in the dying seconds.

And sure enough, there he was, drilling a stopping time strike into the bottom corner to seal a vital 1-0 win.

You can probably guess what was coming, then, when Feyenoord travelled to Slavia Prague in the Conference League last night. Dessers not only cancelled out Slavia’s opener with a brilliant swivel-and-shot, he then repeated the trick with 93 minutes gone, guiding a glorious looping header into the far corner to spark wild celebrations in the away end.

Dessers has scored seven goals for Feyenoord. Four of those either secured a win or rescued a draw. Three of them came after the clock struck 90.

It’s hard to think of a man more perfectly suited, then, to a Nottingham Forest side who appear to be finding it increasingly difficult to turn one point into three.

“That day was the craziest day of my life. If only there had been cameras. That documentary could have won an Oscar,” said Dessers, explaining why he joined Feyenoord and not Forest on deadline-day last August.

“I left for Madrid at 6 in the morning with the idea of signing with Leganes. But at the (airport) gate, we suddenly received a phone call from several clubs.

“Antwerp, Nottingham Forest, Feyenoord. In the end, Stijn (Francis, his agent) and I got on the plane. During the flight you have no idea for two and a half hours which team you are going to play for the next day.

“At that moment, my fate was in the hands of the clubs. After landing, we sat down on a bench in front of the airport. Finally, Genk reached an agreement with Feyenoord and I signed my contract in the lobby of a hotel in Madrid.”

Because, with a place in the Conference League second-round in the bag and with just two points separating Arne Slot’s side from the top of the Eredivisie table, life without Dessers doesn’t bare thinking about right now.

In other news, ‘No one should’: Hargreaves says Spurs ace did something ‘unbelievable’