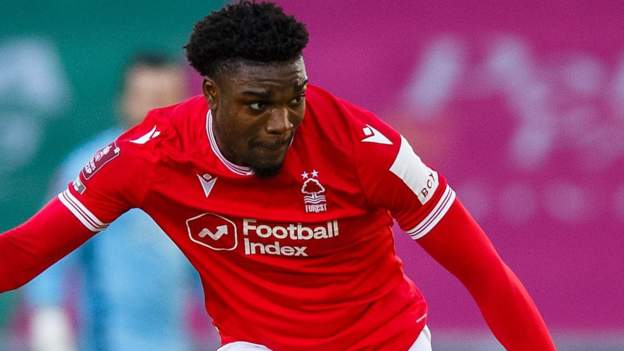 Nottingham Forest defender Loic Mbe Soh has suffered a "setback" in his recovery from a thigh injury.

The 20-year-old was signed from Paris St-Germain for an undisclosed fee 14 months ago and agreed a four-year deal with the Championship club.

He has only been able to make two appearances this season, the last against Middlesbrough on 15 September.

"Nobody's done anything wrong, it's an unfortunate situation. There's nothing that Loic could have done any differently.

"It's a little bit inconclusive at the moment in terms of how long he's going to be out for, but his time will come."

Forest have climbed to 13th since Cooper's appointment as successor to Chris Hughton, losing only once, and are away to Reading on Saturday.