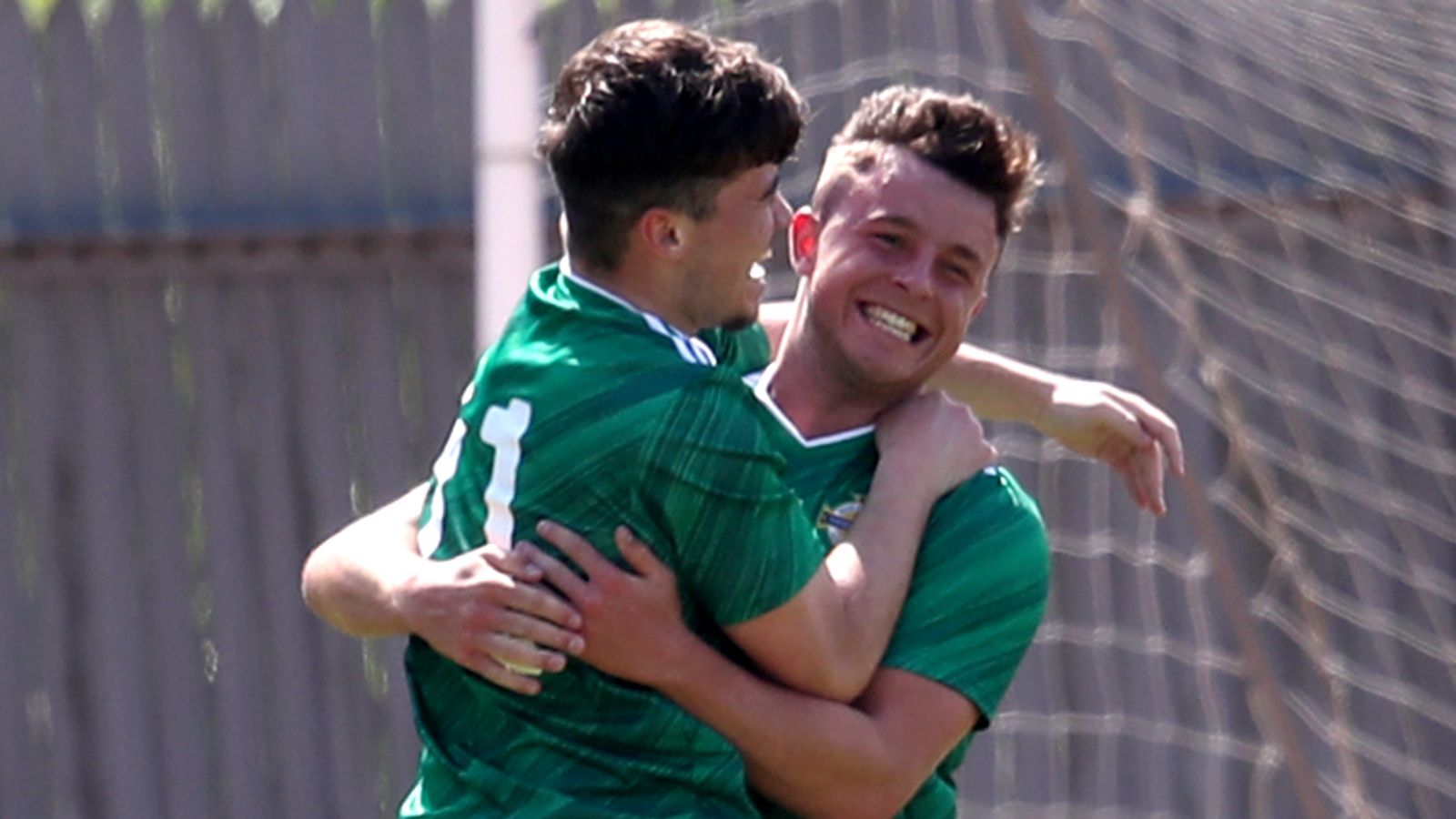 As a teenage striker without a senior appearance in the professional game, Dale Taylor could be forgiven for easing himself gently into international football.

Having been influenced by family friend and former two-weight world boxing champion Carl Frampton, that is not an option!

"I've told him that before! David has been a massive influence on me. He phoned to wish me all the best and told me to keep my head, work hard and do everything right."

Taylor was just 15 when he scored for Irish Premiership champions Linfield against Cliftonville under the guidance of the former Fulham, Leeds and Preston frontman.

Despite it being a stunning goal of individual quality, Healy found himself having to emphatically declare to unconvinced scouts that Taylor would be a future Northern Ireland striker.

The teenager's early memories of watching the international team include attending games with another Northern Ireland sporting great in Frampton, who visited the team hotel this week to wish him well.

Frampton lived five minutes from the local pitch in the tough Tigers Bay area of north Belfast where a young Taylor would often participate in crossbar challenges with his mates.

Image: Carl Frampton has been an inspiration to Dale Taylor

"He is close with my mum and stepdad and knew a week before the announcement but kept it secret. He phoned when it came out and is super proud of me," he said.

"I went to all of his fights and his career speaks for itself, so it's amazing to have his support.

"The call-up means the world. Honestly, it's a dream come true, everything I've dreamed of as a young boy. I told my mum and she started crying."

Taylor, with a likable outgoing personality and full of youthful exuberance, credits his family for developing his love of football, first taking him to local club Loughside Boys when he was a toddler.

It is clear the youngster values those guiding him, including Nottingham Forest academy director Gary Brazil, along with the role Linfield played as Healy nurtured and supported his move to English football.

Another of Healy's protégés, Shayne Lavery, had impressed for Blackpool before a hamstring injury cut short his run of seven goals in 13 games for the Championship club. Taylor is hoping to make his breakthrough in that division.

"Shayne is amazing. I look up to him and it gives me the confidence I can follow him. I want to play for my country, make my debut for Forest and one day play in the Premier League.

He has wasted no time settling into training either and manager Ian Baraclough was impressed with his fearless performance in the opening session.

Like Healy, Baraclough has heaped praise on Taylor's character, stating he will not be the type of player to be fazed by the possibility of facing Lithuania or European champions Italy if called upon.

The teenager also finds himself training with players he had previously cheered from the rowdy Windsor Park stands.

"It's all about the experience this week. I'm only 17 but I'm going to work hard, do the best I can and hopefully I get on the pitch," he added.

"As a striker, I've always looked up to Josh Magennis. The way he scores goals and how he holds the ball up is brilliant."

It has not all been plain sailing and there was mixed success in the games room at the hotel.

"I've beaten Conor Bradley at table tennis but Ethan [Galbraith] whacked me the other day and I haven't played since," Taylor said.

It is the only hint of a confidence crisis, but we are soon back on track when he is asked to describe to the Northern Ireland fans what type of player they are getting.

"A player that scores goals," he replies without hesitation.