Blades Geared Up For another Derby Encounter
Vital Football 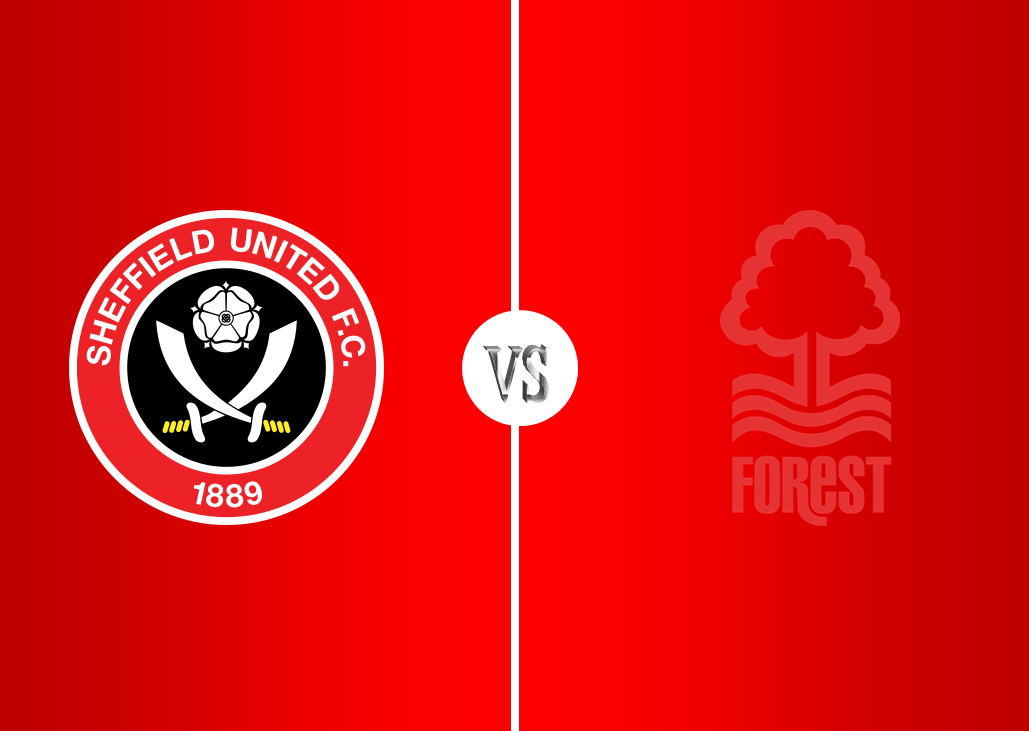 Sheffield United will be aiming to turn the crew and get back to winning ways when they travel to Nottingham Forest tonight (kick-off: 7:45 PM), for the M1 Derby match at the City Ground.

In the league, the two teams are tied neck and neck 17th and 18th in the Championship table with 18 points and a minus-two goals difference.

Sheffield United come into this fixture following a disturbing 1-0 defeat at home to Blackpool after Keshi Anderson’s strike against the run of play, on 76 minutes was enough to ensure a third straight victory for the Seasiders. However, the Blades were guilty of playing boring and rather flat football. Supporters will be hoping that this was a flash in the pan and that their forthcoming fixtures against Forest, Blackburn Rovers, and Coventry City, will provide much better results and performances.

The Blades are expected to be without; Jack O’Connell (knee), and Rhys Norrington-Davies (muscle), as well as midfielders; Sander Berge (hamstring), and Luke Freeman (leg), and forward Oliver Burke (leg), who are all absent through injury.

Often there can be the case of the former player coming back to haunt their former club. Should this be the case, Jokanovic has five former Forest players to choose from; Billy Sharp, David McGoldrick, Oliver Burke, Jack Robinson, and Adlene Guedioura, all played for our M1 rivals.

The last time that these two clubs met was on 19 April 2019 and formed part of the magical Easter weekend that saw a shift in power as United claimed triumphant victories over Nottingham Forest (2-0), and on the following Monday, a 3-0 victory at Hull City. The double victories, married with bizarre results for second-placed Leeds United, which saw them, lose back-to-back fixtures with Wigan Athletic, and at Brentford, and saw the Blades seized the second spot with two games remaining and three points ahead of their Yorkshire rivals.

In the match against Forest, Chris Wilder’s side moved into a 1-0 lead on 51 minutes through Mark Duffy’s curling effort. The goal came four minutes after the Reds were reduced to ten men after Yohan Benalouane had tripped David McGoldrick outside of the box, and handed a straight red card by referee Andy Madley. With five minutes remaining, Enda Stevens finished on the angle after steaming down the left flank to latch onto McGoldrick’s pass.

Nottingham Forest had begun the 2021-22 campaign in woeful form, drawing once in their opening seven league outings, and was looking as, early relegation contenders. Following a 2-0 defeat at home to Middlesbrough on 15th September – the Reds parted company with boss Chris Hughton.

Despite various speculations as to their new manager, they swiftly swooped to appoint Steve Cooper, who was previously with Swansea. Under Cooper, they formed resurgence and forged a six-match unbeaten run, which included five victories, before losing 4-0 at home to Fulham on 24th October. Last Friday, the Reds secured an unlikely point at Queens Park Rangers through Jack Colback’s stoppage-time goal after Lydon Dykes had scored for the Hoops in the first half. The match finished 1-1.

The Nottinghamshire side will be looking to get back to winning ways at the City Ground when they entertain Sheffield United tonight. However, boss Cooper will be without defensive duo Jordi Osei-Tutu (hamstring), and Loic Mbe Soh (thigh), through injury.

The Reds are likely to field Lyle Taylor to face his former club, whilst on-loan defender, Max Lowe won’t be eligible to face his parent club. Taylor was signed by former boss David Weir in July 2013 in a £220,000 fee from Scottish club Falkirk and made his debut in the 2-1 home victory over Nott’s County on the opening day of the season. The striker played 26 times for United and scored twice, both goals came in a 3-2 defeat at Coventry. Following Nigel Clough’s arrival, Taylor didn’t fit into his plans and in January 2014 he was shipped out on loan at Partick Thistle – before signing for Scunthorpe United at the end of the season. After further moves to AFC Wimbledon and Charlton Athletic, he linked up with Forest in August 2020.