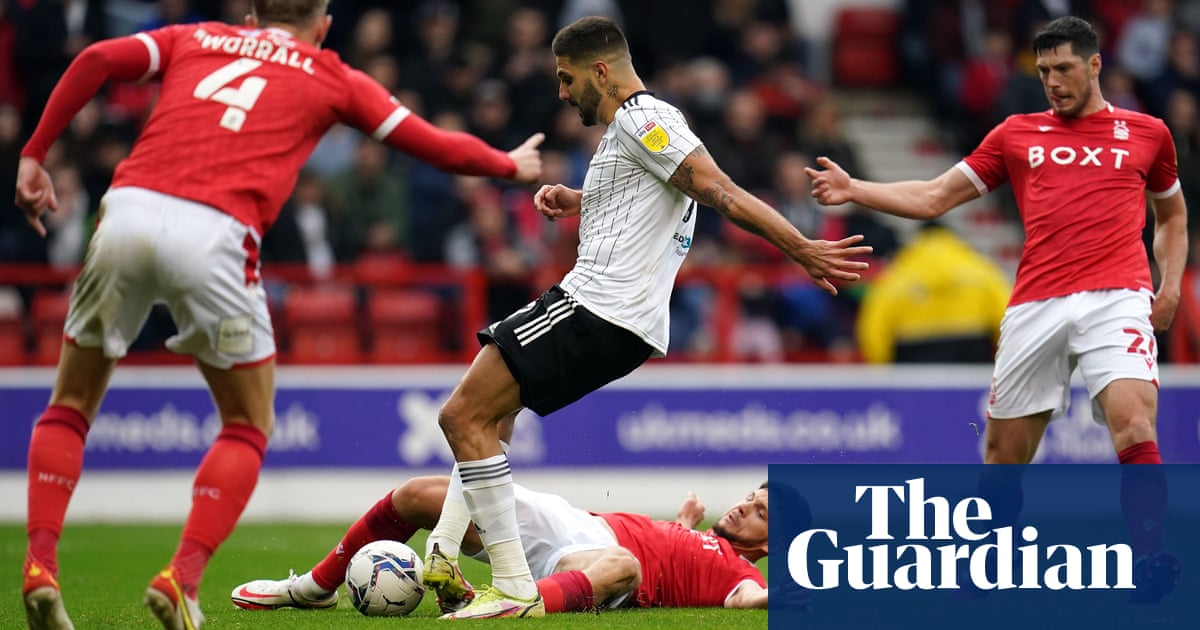 The 27-year-old got his 14th and 15th goals of the season in a second-half double either side of Neeskens Kebano’s first Fulham goal since January. Forest’s Djed Spence, a former Fulham schoolboy, had set Fulham on their way inside the first 10 minutes when he turned Mitrovic’s flick into his own net after Jean Michaël Seri’s corner.

“I don’t always like to talk about one or two players but he has already scored 15 goals so he is clearly an important player,” Silva said. “For him to be in the right spots, everyone is working really hard for him.

“He started the game well. He had a good moment in the beginning where he could score and if you create, he’s a very dangerous player, it’s up to us to create the conditions for him to score.

It was a third win on the bounce for Fulham after home victories against QPR and Cardiff in the last week and took them back into the automatic promotion places. “Our aim was to finish the week with nine points and that’s what we did,” said Silva.
“It was a tough game like we expected, even if you score early in the game like we did, we came here to play against a team in a great moment the last six games.”

The result signalled a first defeat for the Forest manager, Steve Cooper, who had won his opening four matches in charge of the Reds before coming up against a Fulham side in red-hot form. “I’m not saying we deserved to win the game but the scoreline was tough to take,” said the former Swansea boss. “I definitely don’t think we deserved to lose 4-0, but some of it was self-inflicted.

“The players never gave up, I think you can see by the fans in the stadium who stayed behind us and I’ve said to the players we won’t let it derail us, I’ll only get annoyed with the players if they let this affect us.”