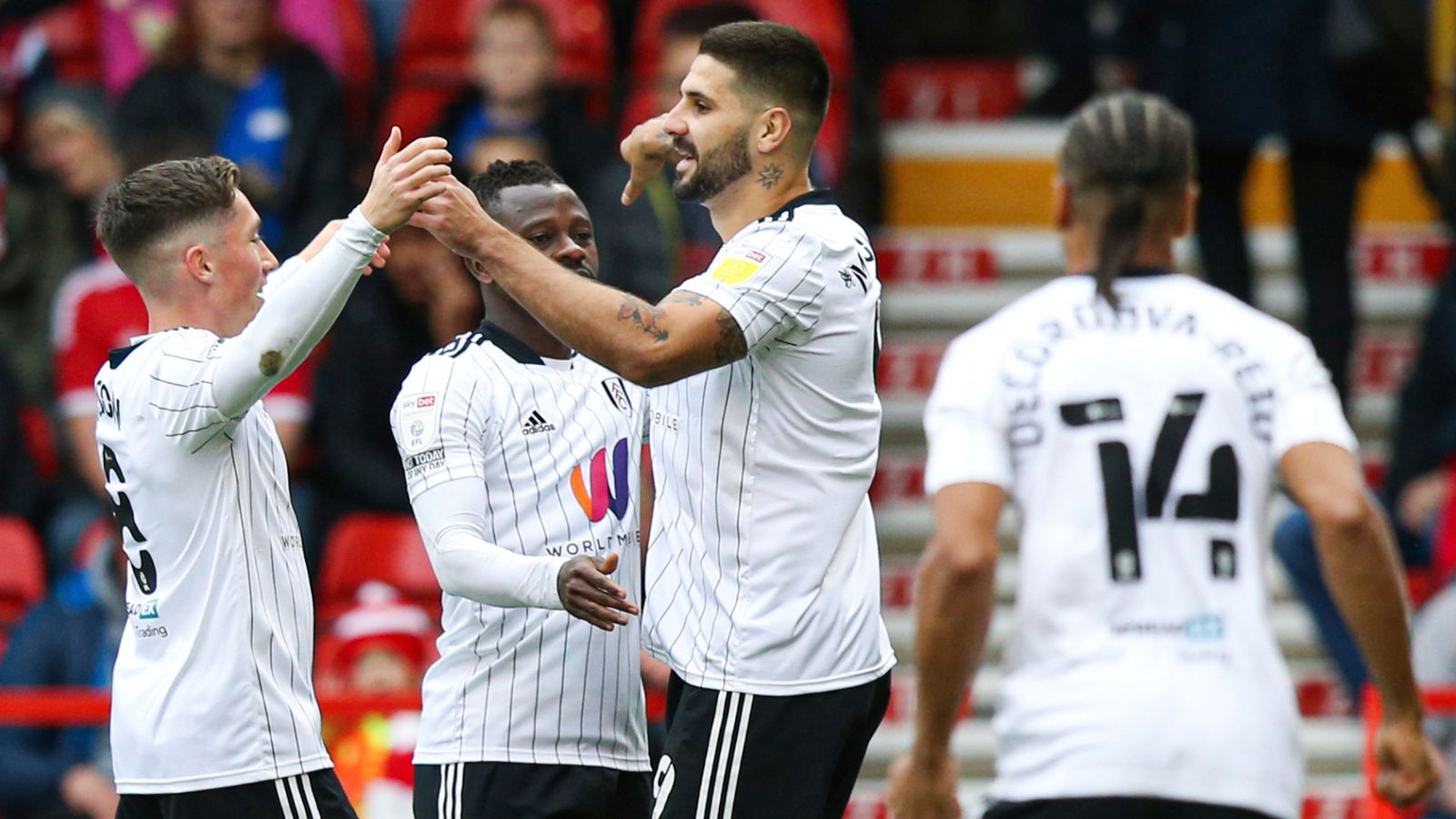 Aleksandar Mitrovic scored his 14th and 15th goals of the season as Fulham returned to the automatic promotion places in the Sky Bet Championship with a 4-0 thrashing of Nottingham Forest.

The Serbia striker forced Djed Spence to turn into his own goal to get Fulham up and running early on before scoring twice himself in the second half to make it 15 goals in 13 league appearances this season.

Mitrovic's nine-minute brace came either side of Neeskens Kebano's first goal of the season.

It signalled a first defeat under new manager Steve Cooper for Forest, who had won four consecutive games under the former Swansea boss.

How Fulham went second in the Championship

The afternoon signalled a return to the starting XI for the first time in over 10 months for Fulham captain Tom Cairney, whose last start came on 19 December 2020 against Newcastle.

Former Fulham academy man Spence set the Cottagers on their way when he turned into his own net inside the first 10 minutes of a feisty affair which saw nine yellow cards, five of which were handed to the home side.

Jean Michael Seri's low corner was helped on by Mitrovic which found the outstretched leg of the on-loan Middlesbrough defender.

The home side shaded possession in a first half that failed to see a shot on target, the Reds' only meaningful effort came through Brennan Johnson who scuffed his effort wide.

Lewis Grabban had a great chance to level things straight after the interval, but he blazed over after being picked out by strike-partner Johnson.

Cooper's men were made to pay not long after during a nine-minute period which yielded three Fulham goals.

Firstly, a mix-up in the box following a quick free-kick allowed Mitrovic to nip in ahead of Tobias Figueiredo and tap home to double the lead.

Three minutes later, Harry Wilson slipped in Kebano down the right and the DR Congo winger slammed in his first Fulham goal since January at the near post to put Marco Silva's side out of sight.

But Fulham were not finished yet, and the Championship's top scorer Mitrovic helped himself to a second from the penalty spot after 66 minutes.

Ryan Yates bundled Denis Odoi over inside the box after Alex Mighten had cleared a header off the line, and the 27-year-old Serb tucked his spot-kick past Brice Samba to make it 4-0.

Forest piled the pressure on in the last 10 minutes to try and grab themselves a consolation, but Tosin Adarabioyo and Tim Ream stood firm at the back to preserve Marek Rodak's clean sheet.