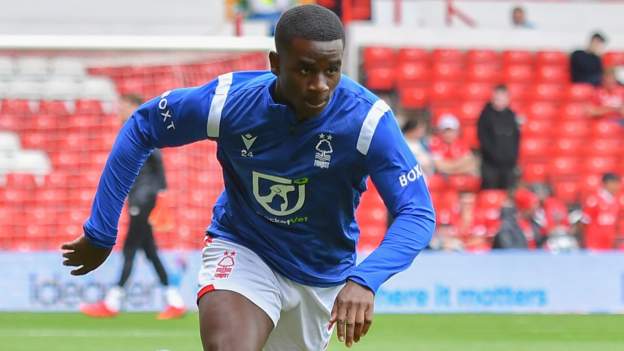 The 22-year-old, who is on a season-long loan at the City Ground, is back with parent club Arsenal for treatment to a hamstring injury.

He made two appearances under previous boss Chris Hughton, and a similar injury restricted him to nine games for Cardiff during a loan spell in 2020-21.

Meanwhile, fellow defender Loic Mbe Soh is out for a "month to five weeks".

Cooper told BBC Radio Nottingham: "That was a tough one for us. He did it in training in an innocuous challenge."

Mbe Soh, 20, who was signed from Paris St Germain for an undisclosed fee just over a year ago, has also played two games this season, the most recent a 2-0 home defeat by Middlesbrough on 15 September.

Forest are away to Birmingham City on Saturday, having taken four points from Cooper's first two games in charge to move up to 20th in the table.