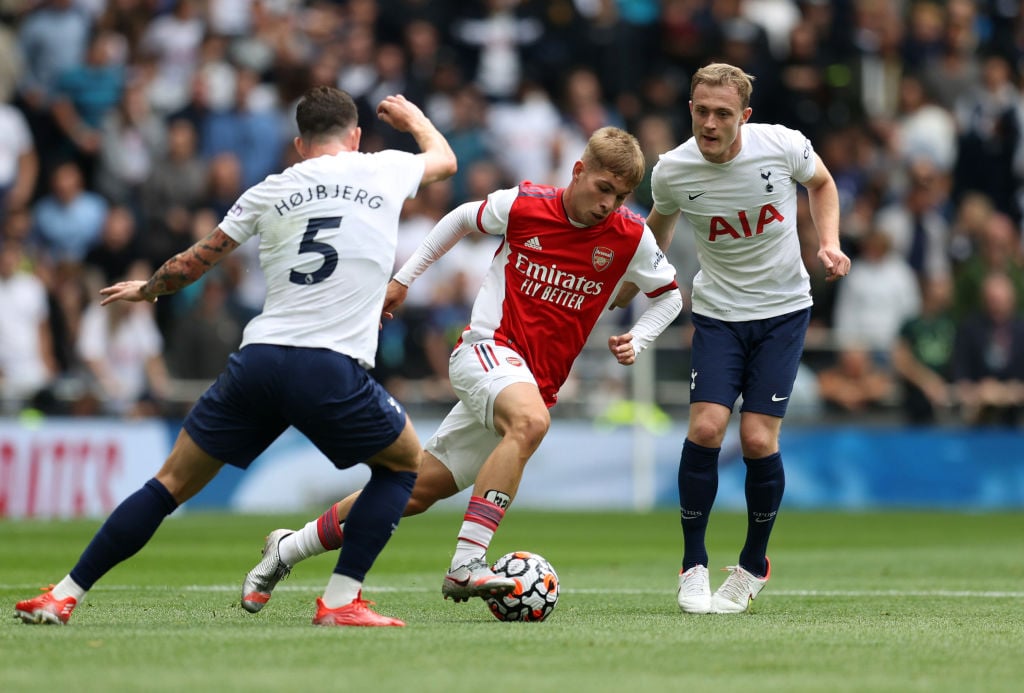 According to Calciomercato, Tottenham are interested in signing Roma defender Roger Ibañez, who Arsenal wanted in 2020.

Well, the Italian news outlet believe Fabio Paratici is looking to sign a defender from Serie A, and has identified the 6-cap Brazil international.

José Mourinho has taken a real liking to the 22-year-old – he is one of the most used players under the Portuguese coach this term.

Ibañez has already made seven appearances in all competitions, after being selected ahead of Rick Karsdorp.

Calciomercato believe Paratici could come back to ‘knock’ on Serie A’s door, after he took Cristian Romero from Atalanta in a £42.5m deal.

Ibañez has made six appearances at centre-back this season, and one at right-back (Transfermarkt).

Will Tottenham face competition from Arsenal for Roger Ibañez?

Interestingly, Calciomercato revealed in December that Arsenal had made contact with Roma over a potential deal for Ibañez.

No move materialised, and the Brazilian has remained in Italy where he is going from strength to strength in Rome.

There was no talk of Arsenal going back in for Ibañez over the summer, as the Gunners instead signed Ben White and Takehiro Tomiyasu.

However, if it becomes clear Ibañez is available, it will certainly be interesting to see if Mikel Arteta’s side resurrect their interest.

With COVID-19 worsening finances across Europe since then, perhaps the north Londoners could sign the centre-back for less in January.

Whatever happens, keep your eyes on this transfer saga.

In other news, 'Excited': Nottingham Forest fans think one player will 'thrive' under Cooper