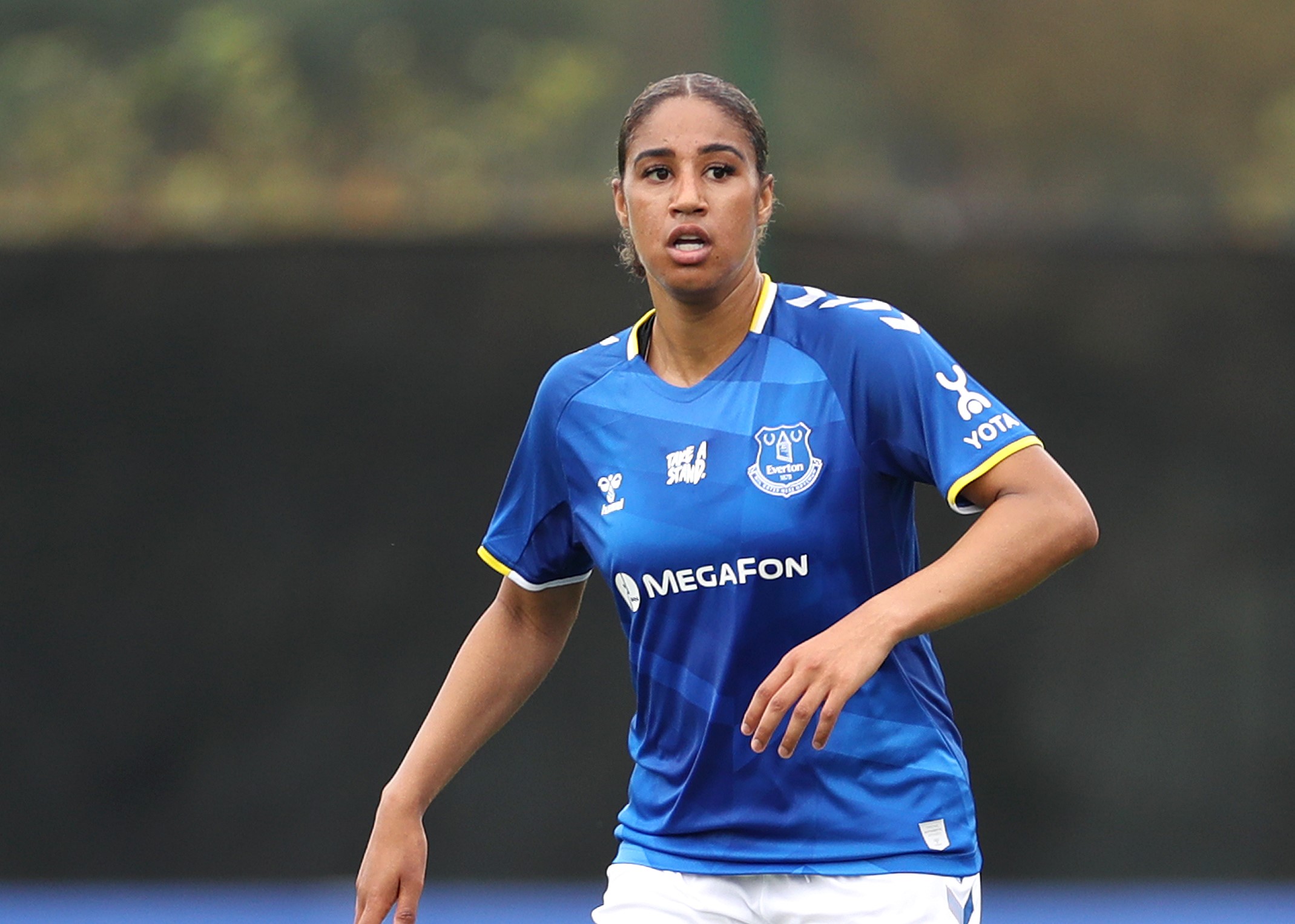 Gabrielle George hopes Everton can build on their strong defensive performance after the women’s side secured a second consecutive clean sheet with a win over Durham.

The Championship side travelled to Walton Hall Park in the Continental Cup as a second-half strike from Toni Duggan proved the difference between the two sides.

George spoke following the hard-fought win and hopes the Blues can begin to earn clean sheets on a regular basis.

“We always knew this game was going to be difficult coming into it,” the England under-23s defender told evertontv.

“Durham give us a tough game every single time.

“We just needed to turn up, take the points and put ourselves in a good position in the Conti Cup.

“At the start of the season we didn’t keep clean sheets, conceding goals that are unacceptable by our standards.

“I think we just needed to take more pride in securing clean sheets.

“We’ve stuck together and got a couple of clean sheets, but we want to keep a lot more going forward.”

The 24-year-old added that the team must pick up more points and a strong performance at the backline helps to put at least a point on the board.

“We need to pick up as many points as we can whether it’s in the Conti Cup or in the league,” she added.

“Just getting the clean sheet and sticking together no matter who has come in.

“We’ve had a lot of changes to the backline, and we’ve still been able to pick up the clean sheet.

“That’s a credit to the players who have worked hard week-in week-out.”

George played her part in the build-up to Everton’s opener, heading the ball onto Finnigan who earned the assist.

However, George suffered a collision inside the box and was unable to witness her English teammate Duggan slot in her first goal since her return to the Club.

While George was disappointed she missed the goal at the time, she expressed her delight for the number nine to get off the mark.

“I wish I could have seen it!” George joked.

“I’m buzzing she got off the mark.

“She’s been dying for that goal and I’m sure she’ll get plenty more for us.”

The Evertonians in attendance at Walton Hall Park played their part in cheering the team on until the final minute.

George is looking forward to another packed crowd when the Blues host West Ham United on Sunday 12 December.

“I think the fans are amazing.

“We’ve got a drummer here now every home game.

“They’re great and they help cheer us on to get that goal.

“Getting a big crowd for the next two home games is very important so we hope to get the Evertonians down to Walton Hall Park.”