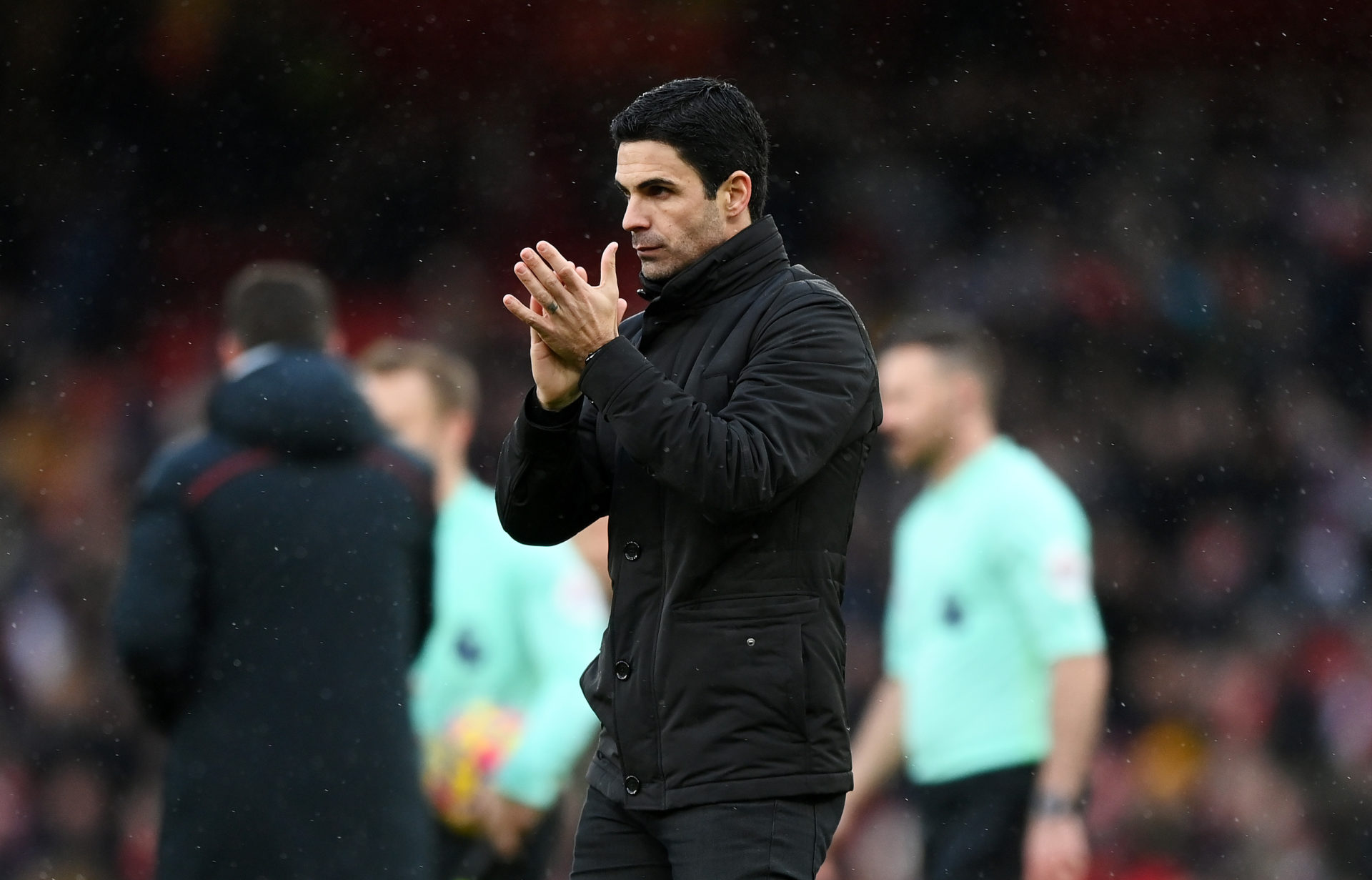 Arsenal want to make Everton star Dominic Calvert-Lewin the figurehead of Mikel Arteta’s attack with Alexandre Lacazette set to leave on a free transfer, according to the Daily Mail.

Lacazette is out of contract at the Emirates Stadium in June and unlikely to sign a new deal.

Arteta has hinted the Gunners could offer the Frenchman an extension, but the striker has admitted his agent is actively searching for a club for the 30-year-old to join next summer.

Arsenal believe Calvert-Lewin would be the ideal centre-forward to arrive and lead the next phase of their development under Arteta.

The north London outfit had considered a move for Calvert-Lewin’s services this summer. But the Emirates natives were never in a position to sign the England international.

Lacazette’s expected exit will leave a £182k-a-week gap in Arsenal’s wage bill, however, for Arteta’s side to afford Everton’s Calvert-Lewin.

The Gunners hierarchy would then need to decide if they can afford the Toffees’ demands of in excess of £60m for their 24-year-old.

Everton’s valuation of Calvert-Lewin, who moved to Goodison Park for £1.5m in 2016, is unlikely to be insurmountable for Arsenal.

Everton will be loath to lose Calvert-Lewin to Arsenal should former Toffees midfielder Arteta return to raid Goodison next year.

But, despite extending his contract to 2025 last year, are at risk of losing some of their star players.

Everton could only spend £1.5m this summer as they managed Financial Fair Play concerns.

Those issues are likely to remain prevalent in January, and Rafa Benitez admits the Blues must learn to sell at the right time so they can strengthen their squad in future markets.

Calvert-Lewin will be a prime transfer target for a number of clubs, not just Arsenal, given Everton’s financial situation.

The Sheffield-born forward – who Glenn Murray believes is ‘difficult to find’ and ‘dominant’ – has been sensational over the past two-years.

Calvert-Lewin scored 13 goals in 36 Premier League games during 2019/20, with eight in 20 after Everton hired Carlo Ancelotti. He then struck 16 in 33 under the Italian last season.

A quadriceps injury has kept Calvert-Lewin sidelined since August this term, yet he started on fire.

The 11-cap star scored three goals in as many games to show why Arsenal wanted Calvert-Lewin in the summer, and why the Everton ace is their ideal Lacazette replacement.

In other news, ‘I’m told’: Journalist says Liverpool want to sign a player who’s similar to their 29-year-old