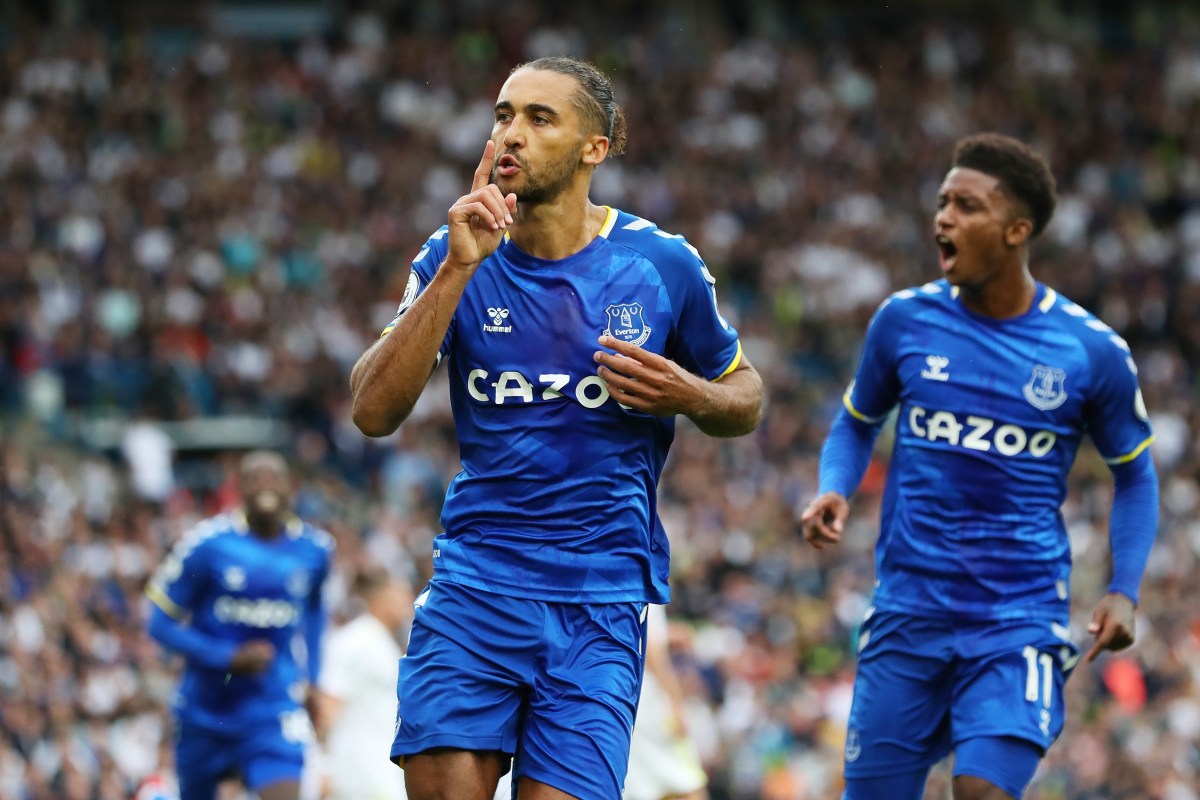 Arsenal’s interest in Dominic Calvert-Lewin makes a lot of sense, but will only infuriate Everton supporters.

That’s the view of talkSPORT hosts and former Scotland strikers Alan Brazil and Ally McCoist, who have urged the Toffees centre-forward to focus on getting fit.

According to The Times, the 24-year-old has emerged as a transfer target for the Gunners next summer, with Pierre Emerick-Aubameyang going on 33, while Alexandre Lacazette and Eddie Nketiah are almost out of contract.

Struggling Everton manager Rafael Benitez recently admitted the club may need to raise funds in the coming months – and Calvert-Lewin is thought to be worth around £50million.

After netting 16 times in the Premier League last season, the England striker started this campaign with three goals in as many games, but injury has ruled him out since August.

In that time, Calvert-Lewin has featured as a pundit on Sky Sports, which Brazil and McCoist do not think went down well with Everton fans.

Given the club are without a win in eight matches, while their star striker remains injured, the Scotsmen have urged him to pour all his efforts into a speedy comeback and ignore any speculation about his future.

Calvert-Lewin appeared as an analyst on Sky while injured

McCoist said: “The Everton supporters will be absolutely livid up there. He’s not fit and we’ve got him moving to Arsenal!

“He’s got a priority to get fit and get Everton out [of trouble].”

The Rangers legend added: “If he’s playing in the Everton team and they’re fourth, he can do absolutely anything he wants.

“But the fact of the matter is, his job is to get fit and get back in that team, that’s what the Everton fans want.”

And Brazil agreed. He said: “I’m old school. When you’re not playing, do you want to be doing punditry?

“People get the hump and Everton fans I know are getting the hump.”

However, Brazil insists Calvert-Lewin to Arsenal makes sense given the striker’s qualities.

“He leads the line, he gets in behind, and he can finish.

“So, of course, the big boys have got to be looking at him.”