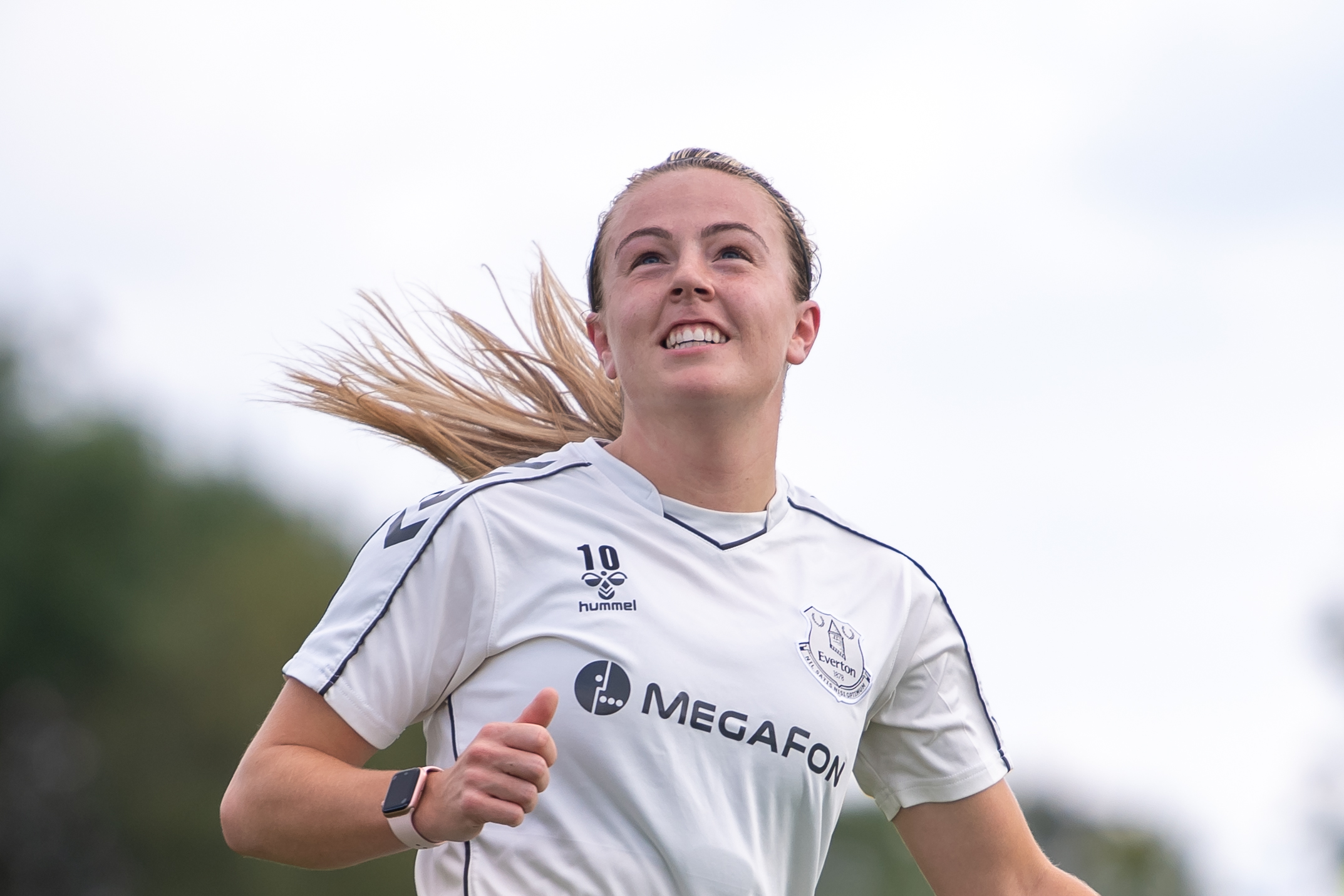 “To have contributed a lot to both assists and goals across the two games has been fantastic for my confidence.

“I just want to keep going.

“Ever since I have come back, every game I’ve played in I have either scored, assisted or influenced the game.

“I want to make that a trend and if I can keep that up it would be fantastic.”

The long-serving Blues forward gave an honest assessment of her performances last season – and explained her drive to improve her game.

"Last season, I felt I didn’t put as much pressure on myself to try to score goals," Magill said.

“As you get more experience, you start to learn about where the right places to be are [to get into scoring positions] and when to arrive in those areas.

“When a new manager comes in as well, I think every player wants to make a lasting impression.

“You’re trying to put yourself out there and show exactly what you can do.

“I’ve come off the bench both times [in Everton's past two matches] and scored to get us points, so I’m delighted with how I have done that and contributed to the team.

“Hopefully that does continue as we move on into the rest of the season.”

Off the field, Magill has endured a difficult period since the start of the campaign – revealing she has "been hit with a lot at once" following a family bereavement.

Finding her escapism in football, she hopes she can build upon her recent success heading into the new year – and with a European Championship with Northern Ireland to look forward to in summer 2022.

“We all go through various things...I’m just trying to overcome that, and this is the way that I’m trying to do it [by playing football.

“So far it’s going really well and hopefully I can look to build on it going into what is a really big year for Club and country."

It’s all about trying to maintain that form and build upon it so that I’m in the best shape and form as possible when I’m needed to be.

Success for Magill hasn’t just been about her contribution to the scoreline.

The Everton forward completed 90 minutes in back-to-back games for her nation, the first time she has been able to achieve that for club or country since April earlier this year.

>>>Everton Season Ticket and Official Members can attend Sunday's game – and the Blues' next two home fixtures against West Ham and Manchester United – FOR FREE. Click here to take advantage of our special offer and claim your free tickets for all three games!

With focus now back on club fixtures, Magill believes she’s back to match fitness and is ready to start for the Blues when called upon.

“It was really good for me to get away with Northern Ireland because I got two full games under my belt.

“For me, mentally, to get over that 90-minute hurdle and to do it twice and come out the other side feeling really good about it has been really crucial for me.

“I think it puts me in a really good position now to show everyone that I’m back to match fitness and I can endure playing a full match or even starting a game.

“Fingers crossed I can hopefully get that opportunity soon.”

Up first for Magill in the final month of 2021 fixtures is a test against Durham in Sunday's Continental Cup group stage clash.

Everton contested close encounter against this weekend’s opponents in a 2-1 FA Cup win in April – and Magill is expecting another tight match on Sunday.

“Durham is by no means an easy game.

“It will be a very physical game and they’ll be coming to try and create an upset.

“We recognise that it’ll be one heck of a challenge and we’ve got to be ready for it.

“Ultimately, I think we have to go into these games looking to win but if we can be ruthless and clinical then that’s what we are going to do because everything matters in these games in terms of goal difference.

“That’s very much what we are aiming to do.”

Sunday's match will be free for supporters to watch via our YouTube channel, with coverage beginning at 12.30pm (GMT).

However, if you wish to experience the action in person, the Club are proud to offer Season Ticket and Official Members free tickets for Sunday's match and for the remaining two games at home this year.

Click here to take advantage of our special offer and claim your free tickets for all three games!