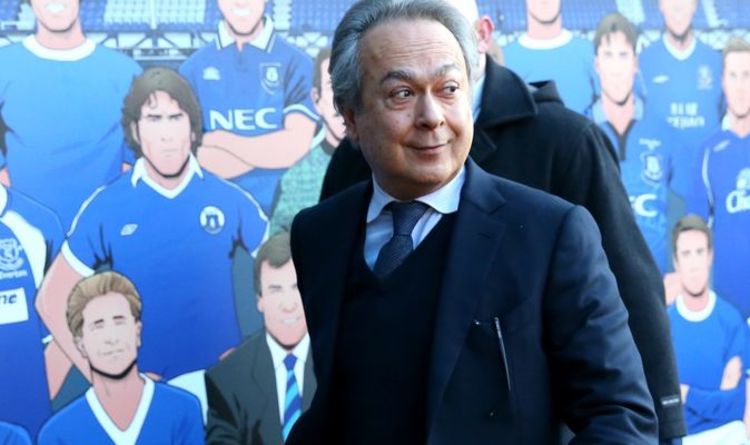 Everton owner Farhad Moshiri has reportedly demanded a meeting with Toffees manager Rafael Benitez before their match against Arsenal on Monday. The Spaniard is coming under huge pressure, with his side now winless in eight Premier League games and slumped down in 14th place in the table.

The atmosphere turned toxic at Goodison Park on Wednesday at the end of a dreadful 4-1 loss to bitter rivals Liverpool, with a number of supporters calling for both the board and Benitez to be sacked.

There were some reports that an emergency meeting was held on Thursday, with the powers-that-be ending up deciding that they would stick with Benitez for now.

But according to The Mirror Moshiri is still far from happy, with the Iranian billionaire preparing to jet in to Merseyside from the USA ahead of the clash with the Gunners.

The publication claims that Moshiri wishes to speak to both Benitez and members of the board to discuss what is going so wrong.

Farhad Moshiri is said to be keen to speak to Rafael Benitez (Image: Getty)

It seems for now, however, that Benitez has the owner's support - with Moshiri bizarrely texting talkSPORT presenter Jim White to clarify his stance.

When asked if Benitez would remain manager, he replied: “Yes. Football is about crisis one day and glory the following day.

"Rafa is a good manager and underperformance is largely due to the injuries. Next two weeks, we will get to a full squad and, in the meantime, results will improve.

"Rafa needs time to have his mark on the squad. He will be supported to add depth to the squad. Managers need time. I have no doubt that we will have a strong second-half to the season.”

Benitez himself was in defiant mood after the Liverpool loss, saying: “I can see a team that is giving everything. The commitment of the players is there. We have to analyse the commitment, the effort and the desire of the players and after that, we have to make the right decisions.

“Everybody has to be disappointed, we have lost the derby, but we lost because we made mistakes against a top side.

"You have seen how much money Liverpool have been spending and they have been successful over the last few years and it can happen if you make mistakes. Against other teams maybe not, but against a top side you suffer.”

Following the game against Arsenal things do not get any easier for Everton any time soon.

They travel to Patrick Vieira's Crystal Palace on December 12 before taking on Chelsea and Leicester before Christmas.

They are in danger of getting dragged into a relegation battle, and Benitez must be all too aware that he will be given his marching orders if that is the case.