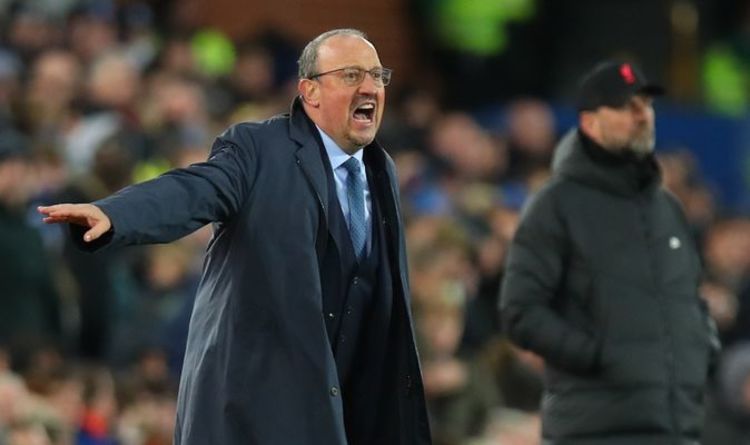 Everton manager Rafa Benitez is reportedly at risk of being sacked after just five months in charge after Wednesday's 4-1 defeat at home to Liverpool extended a dismal run of results. Express Sport looks at five candidates Everton could look at if they decide to dismiss Benitez in the coming weeks.

Everton were in advanced talks with Nuno Espirito Santo before Tottenham Hotspur appointed him as their new head coach this past summer.

But Tottenham sacked Nuno last month after just 17 games in charge, and the Toffees could have the opportunity to go that extra step this time around.

Whether supporters would welcome the Portuguese coach after Spurs' dull performances under his watch remains to be seen.

Everton need an upgrade on Benitez to take them to the next level, and Nuno might not fit those criteria.

Rafa Benitez's time at Everton is running out. (Image: GETTY)

Ronaldo Koeman was sacked by Barcelona at the end of October, four years after Everton terminated his contract.

Koeman was in charge at Camp Nou during a difficult period in Barcelona's history, where financial woes were prominent.

The Dutchman would likely welcome the opportunity to return to the Premier League, where he won't be short of backing.

But after the abysmal end to his last tenure, Everton might not consider him in their next manager search.

Another playing legend currently available is Andrea Pirlo, who left Juventus at the end of last season.

The 42-year-old won the Coppa Italia and the Supercoppa Italiana with Juve but almost missed out on Champions League qualification.

And it would be a risky appointment, given Pirlo's lack of experience coaching at the highest level and unfamiliarity with English football.

His arrival would undoubtedly carry intrigue, though.