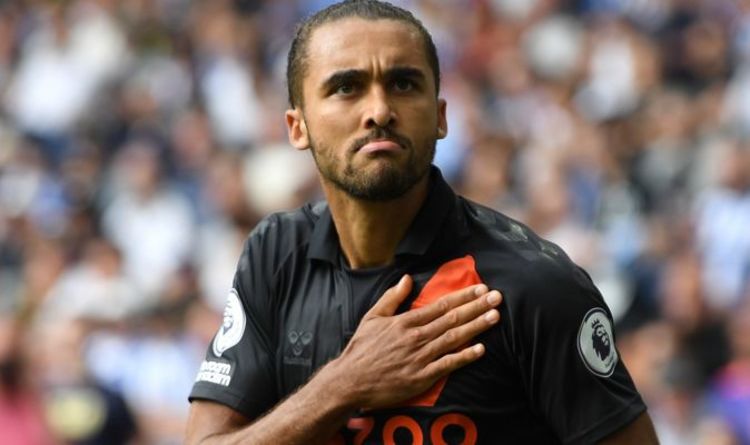 Arsenal are reportedly considering making a move for Everton striker Dominic Calvert-Lewin next summer. Gunners boss Mikel Arteta is believed to be keen on adding another forward to his squad as he looks to boost his side's offensive options. And England international Calvert-Lewin is thought to tick a number of boxes for the Spaniard.

The 24-year-old has frustratingly been out of action since the end of August after suffering a quadriceps injury, and it is not yet clear exactly when he will return.

Prior to that he had made a fine start to the campaign, though, and had scored three goals in three Premier League appearances to carry on where he had left off after bagging 21 times in all competitions last season.

The Toffees have clearly missed their star striker, and are a club in crisis at the moment, with the embarrassing 4-1 loss to bitter rivals Liverpool on Wednesday extending their winless run to eight games.

Unless things improve soon, the likes of Calvert-Lewin may well look to leave in the near future.

Dominic Calvert-Lewin could be a target for Arsenal (Image: Getty)

And according to The Mirror, Arsenal have him near the top of their list of targets, and see him as a potential long-term replacement for Alexandre Lacazette.

Lacazette's current contract is set to expire in the summer, and he does not seem to have any desire to renew at this moment in time.

If he does end up moving on to pastures new, the Gunners will certainly need someone to step into his shoes.

And Calvert-Lewin would no doubt be a popular signing among supporters.

They may need to splash the cash in order to make this dream a reality, however, with Calvert-Lewin's contract at Goodison Park not due to expire until 2025.

Under-fire Everton boss Rafael Benitez recently hinted that the club may need to sell some of their main assets in order to comply with financial fair play.

“Some clubs have been selling players at the right time, and with the money they received they improved the squad,” he said.

"That is something we have to learn. The owner is ready to spend money but we can't spend all the time without bringing money back in.

Calvert-Lewin could be a replacement for Alexandre Lacazette (Image: Getty)

“So I think we have to be clever in the future but at the moment, at this time, we have to make sure we can bring the best out of our players."

A large portion of the Everton fanbase are calling for Benitez to be sacked, with the disastrous Merseyside Derby the final straw for many.

And there is huge pressure on the ex-Liverpool manager's shoulders to deliver a result when his team take on Arsenal next Monday.