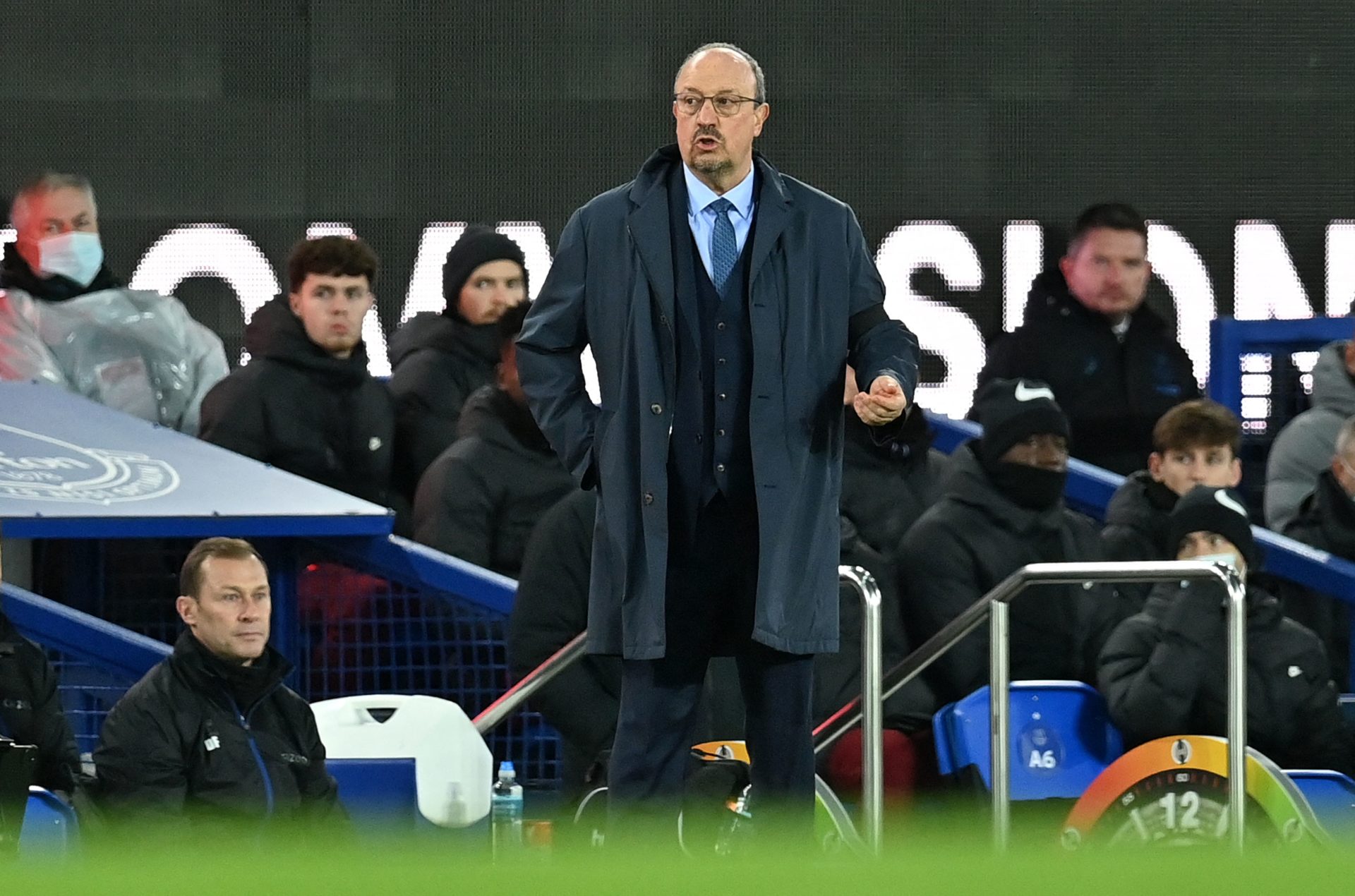 Everton are eight Premier League games without a win after losing the Merseyside derby, and some players have sensed a cause for their dire run of form under boss Rafa Benitez.

The Toffees started the season brightly under the Spaniard with four wins in their first six games. Their results were enough to sit fifth in the table, just a point from leaders Chelsea.

But Benitez’s early promise has faded since September, with no side earning fewer points than Everton’s two. No team has conceded more goals than the Blues’ 17 since, either.

Everton are now just five-points from the Premier League relegation zone after 14 games. Benitez’s side have also played once more than 18th-placed Burnley, after heavy levels of snow on the pitch meant their clash with Tottenham Hotspur last Sunday was postponed.

The Goodison Park first-team sense part of the reason for their recent run of bad results is simply misfortune, though. That’s according to The Athletic, who report the feeling among the Everton squad is that their number of injuries is partly to blame for ‘ruining’ their form.

Benitez has been forced to tackle matches without a host of key senior players over recent weeks and months. The situation has also shone a light firmly on the lack of depth on offer.

Abdoulaye Doucoure missed four games after suffering a stress response in a bone in his foot in October. Yerry Mina and Dominic Calvert-Lewin, meanwhile, are yet to return from hamstring and quadriceps injuries that have sidelined them for six and 11 games so far.

Benitez admitted Doucoure’s absence was a ‘big miss’ for Everton as he was playing at a very high standard. Calvert-Lewin and Mina’s prolonged absences are also proving costly, with the former the Toffees’ main goal threat and the latter arguably their best defender.

The Goodison outfit have missed Mina’s consistency at centre-half, having offered a strong and vocal presence earlier this season.

As for Calvert-Lewin, he started the season on fire with three goals in three games but has not played since. Everton have also only scored more than one in a game three times since.

The Toffees hit three against Burnley and two against Norwich and Watford. But their 2-0 win over the Canaries on September 25 remains their last, while losing 5-2 to the Hornets.

In other news, Arteta makes a call on 26-year-old as Saka misses out: Arsenal’s predicted Xi vs Manchester Utd