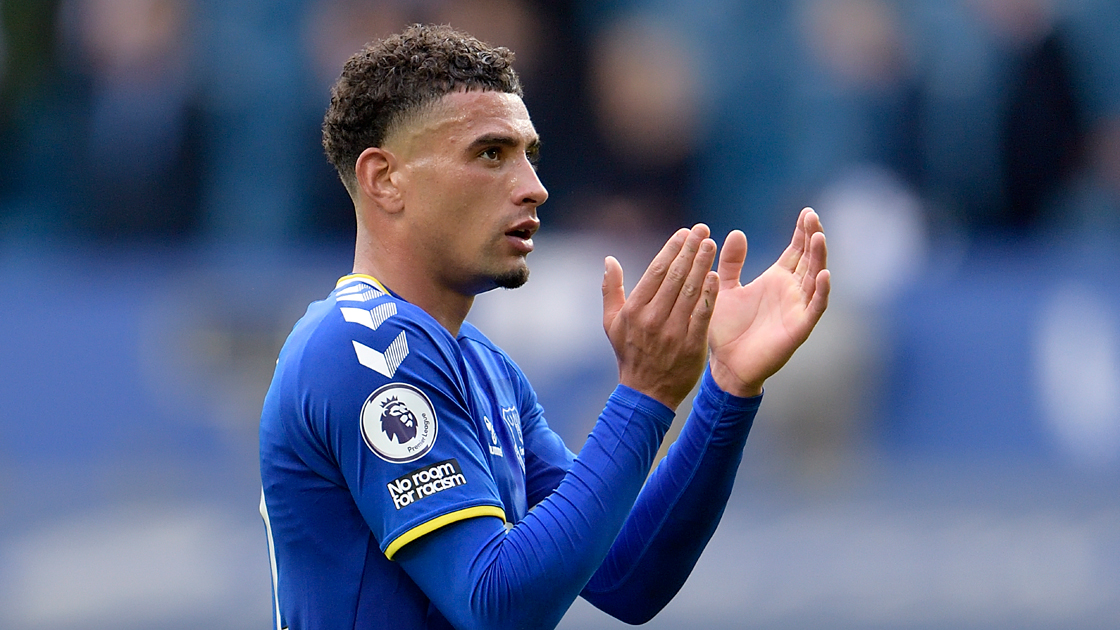 The passion of our supporters is what I love most about this club.

Football is an enormous part of people’s lives in the city and the fans care so much about Everton.

That depth of feeling creates the atmosphere and intensity at our matches and it is special to be involved in it. As a footballer, it is everything you could want, to play for a club where people are so invested in your performances.

I had an idea of the Club’s values before I joined. The Merseyside derby was my favourite game growing up and if there was a match at Goodison Park on TV I always watched because I loved the sound and emotion of the place.

It is a magical feeling when you’re on the pitch knowing the Evertonians have your backs.

By extension, it is so disappointing when you don’t produce the results everyone wants. As players, we have to try to not get too wrapped up in the emotions. A surefire way of losing focus is to get too low in difficult times, or too high when things are going well.

My dad always drummed into me the importance of remaining level-headed – and to always retain the love of what you are doing.

I had a number of rejections as a young player, being told I wasn’t right for what certain clubs needed, and I wouldn’t swap those experiences for the world. They shaped me into the player and person I am today.

I learned a lot about myself – my ability to overcome setbacks and determination to achieve my goals.

And the knockbacks taught me about the up-and-down nature of football. That never changes, there are good and bad days and you can’t get carried away with either.

People often want to talk to me about making my Everton debut in a Merseyside derby. What a privilege that was – I came on early at right-back and it capped a whirlwind two weeks.

I signed for Everton a fortnight earlier but almost immediately went away with England Under-21s. I had only a few days training before the game last October but it was enough to discover what it meant around our building.

There was a special vibe during the build-up and in training.

I was under no illusions about the size of the fixture, even without fans in the stadium. You never know how long you’ll have to wait for your chance after arriving at a new club. To have it so early and on such a big occasion was fantastic.

As a footballer, it is everything you could want, to play for a club where people are so invested in your performances.

I can’t wait for this derby in front of a packed Goodison, when you’re a kid desperate to become a footballer the games you imagine playing are always in loud and partisan stadiums, with the fans and players in unison.

Liverpool are a very good team, there is no getting away from that. They play with speed and intensity and have some incredible players.

But we don’t get drawn into thinking too much about our opponents. Our tactics and approach change depending on who we are facing, which is normal, and we’re capable of making subtle adjustments from game to game.

We have a manager who is excellent at communicating his messages quickly and clearly and we’ll know exactly what’s expected from us on the night.

The priority is to take care of what we are doing and back ourselves. There is real quality in our dressing room and in the early part of the season we were very effective on the counter-attack.

If we get it right, staying compact and disciplined and breaking with the speed of Dimi and Andros and Anthony, it is something teams fear. That’s not to say we’re going to be one-dimensional, far from it, but it’s an example of how we can hurt sides.

We showed our character in the most recent derby, going to Anfield and winning, and we’re confident in our ability.

My aim every season is to improve and become more consistent and keep moving forwards. I know my teammates share those goals.

But we can talk about it all we want, we now have to step over the line and do it.