My Everton #15: Andy Is Our King
EFC Official Site 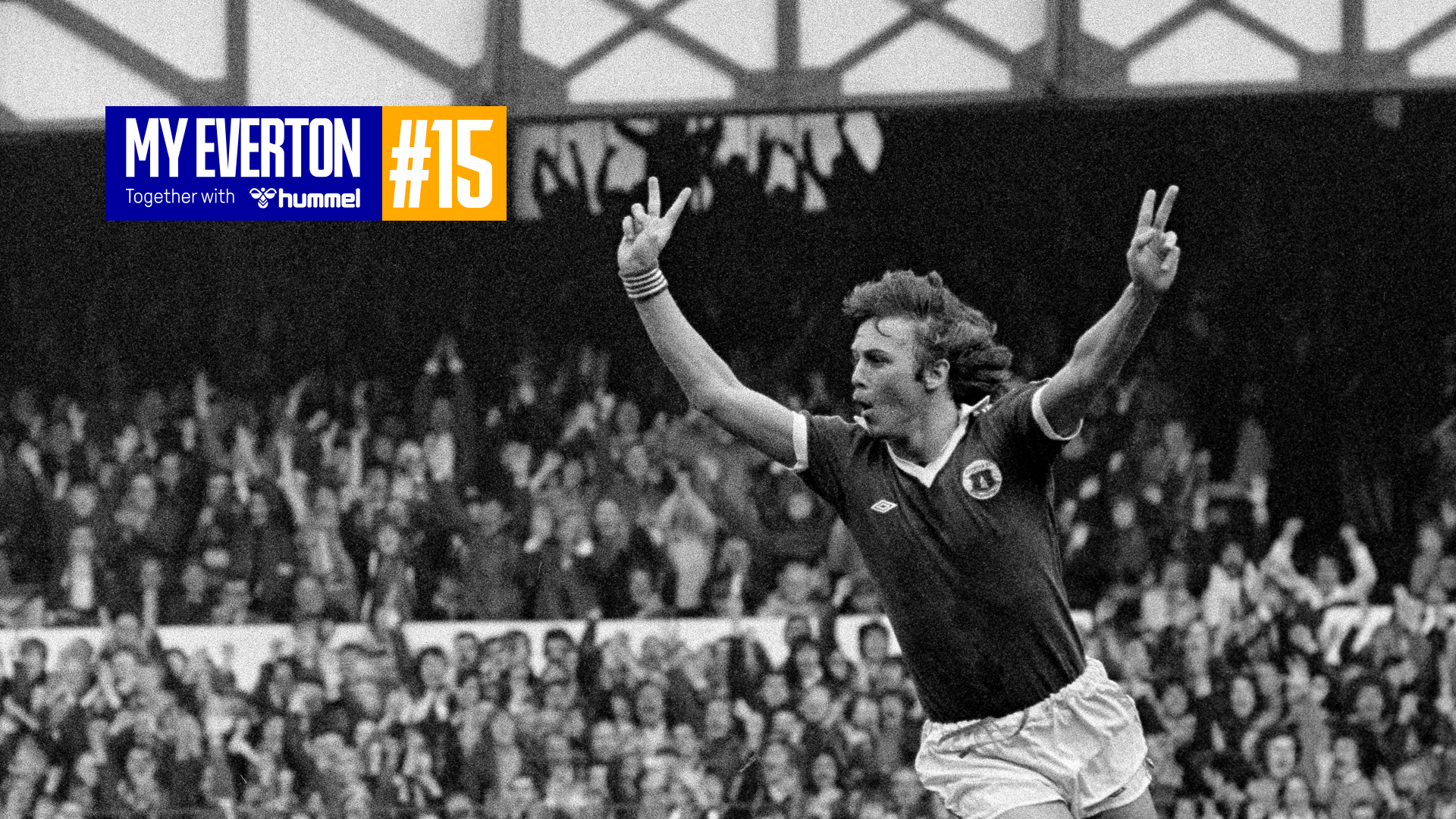 Everton and technical partner hummel are proud to collaborate to present My Everton, a weekly series of first-hand accounts describing the most-treasured memories of fans, players, and staff both past and present.

Got an entry? We'd love to hear it - and there are exclusive prizes for the best fan submissions, including VIP tickets to First Team matches, invitations to watch training at USM Finch Farm, signed merchandise and discount on hummel.net.

How could I ever forget?

My eldest brother's friend - Mickey - was sat in my parents' front room, waiting for him so they could go to Goodison Park for the Merseyside derby.

I am the youngest from a large family, with three brothers and one sister.

Luckily for me, that day, my aforementioned brother had to stay late at work due to a large incident – and my other two brothers were also working – so, rather than go alone, Mickey asked me to go with him.

I was 14 and had only previously been to two First Division games.

My first experience – 12 months earlier – came at Anfield for Alan Hansen's debut against Derby County. I got the train from Warrington with a friend from school, who was a Liverpool fan, and we stood on The Kop.

I won't lie. It was my first experience of live football and I enjoyed it.

Six months later, I was at Anfield again for Liverpool v Tottenham, but this time I was in the away end with my brother, Greg, who followed Spurs. Spurs were unlucky to lose 3-2 and I had mixed emotions that day, as 'my' team had won but I also admired my brother for following a side from London and knowing a lot of the travelling supporters who had made the trip.

Back to being invited to my first-ever Merseyside derby and everything about this was different.

I set off for Goodison in Mickey's Hillman Avenger, a blue one, of course. We parked up and walked across Stanley Park and what stood out the most was the atmosphere. Even at that point, the excitement was palpable.

Through the trees, I got my first glimpse of Goodison and I remember being struck by the size of the place. The Main Stand was immense, the biggest I had ever seen.

Mickey bought me a matchday programme, which I would treasure and read cover to cover for months afterwards.

Then we made our way to our seats in the Upper Gwladys in plenty of time for the game.

Liverpool were the favourites. They were unbeaten and sat top of the table. Everton may have been second but Liverpool's goal difference was far superior and, of course, they hadn't lost a derby for seven years.

At that time, I didn't understand the fine technicalities of the game (in truth, I'm not sure I'm any closer these days!) but I remember the game being extremely tight... When the half-time whistle went and it was goalless, the Evertonians around me seemed happy and it was a performance that would get better in the second half.

The game began to open up and this passion I was experiencing was something else.

Yes, I had been on the Kop and I'd heard their singing, but it was nothing like this.

These bluenoses were the real deal. It was raw. It was authentic. They lived every kick of the ball on the pitch. And it all came so naturally.

Just before the hour mark came the moment.

"It's gonna fall for Andy King... Oh yes! He's got it!" to quote John Motson on Match of the Day later that evening.

That was it – I had been initiated. I felt incredibly lucky to witness that game, that goal, those celebrations.

I went to the game an unconvinced Red and came home a staunch Evertonian.

It has never left me – and it never will. I have a son of my own who feels exactly the same as me and despite the struggles we've lived through, would we have it any other way?