Posted Tuesday 25th January 2022 on This is not football 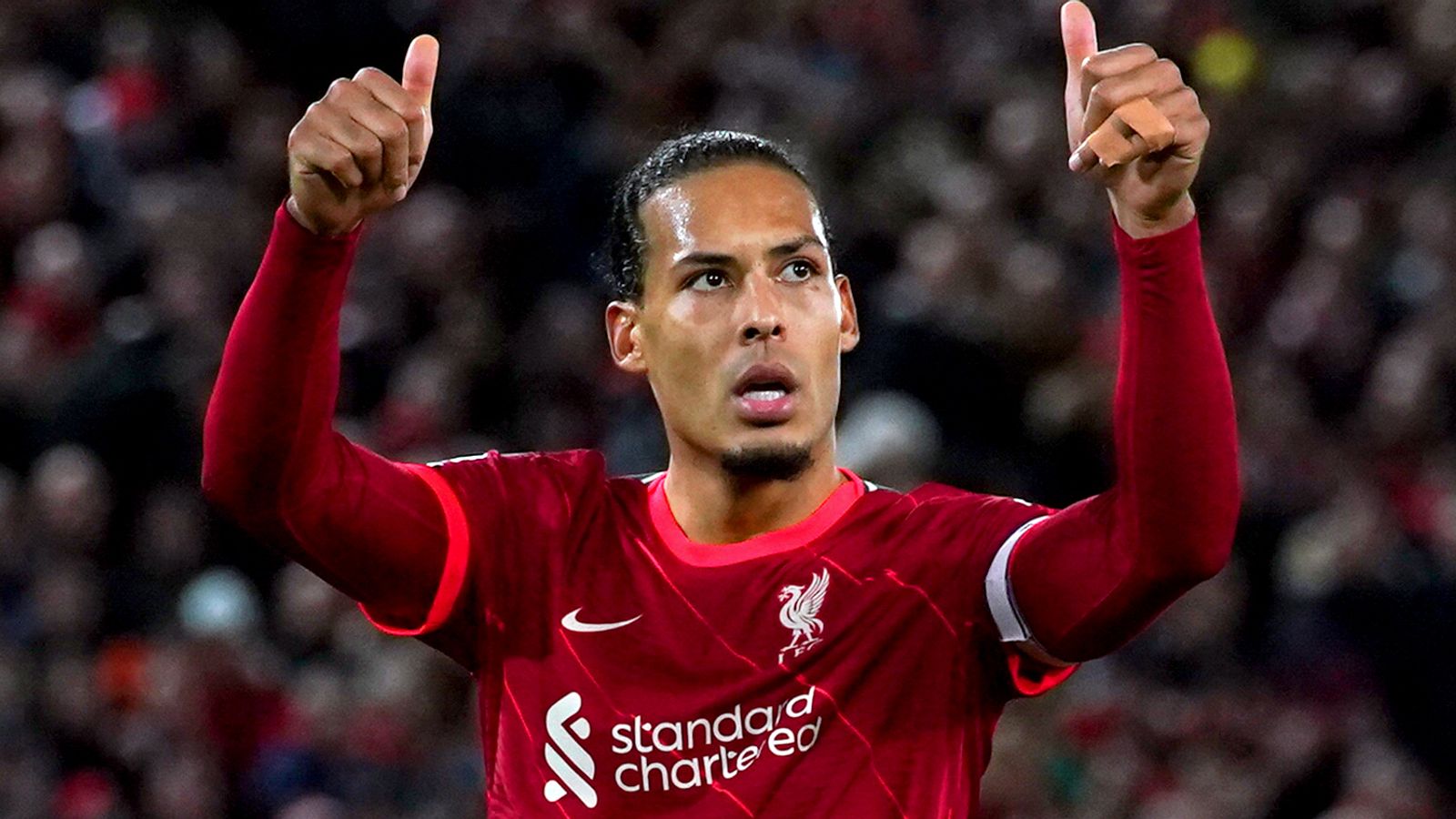 Jurgen Klopp has hailed Virgil van Dijk for his "brilliant" comeback as he prepares to return to Goodison Park for the first time since suffering a serious knee injury.

Van Dijk sustained anterior cruciate ligament damage from a tackle by Jordan Pickford during Liverpool's 2-2 draw at Everton in October 2020, ruling him out of the remainder of the season.

It was 10 months until he returned to the field in Liverpool's 3-0 win at Norwich on the opening day of the current campaign and he has not looked back, playing every minute in the Premier League this season.

Van Dijk looks set to keep his place in the team for Wednesday's visit to rivals Everton, and when asked to assess the performances of the 30-year-old, Klopp said: "He came back brilliant. He had a good pre-season, which was absolutely helpful.

"Since then we have had to learn a little bit to deal with it. With the third game in a week, even when he looks fine, maybe he needs a little break. I'm not sure if we have to do that still.

"But his comeback has been absolutely brilliant, and if some things are not exactly like they have been, it's only a matter of time before they will be."

While Klopp concedes it may not be easy for Van Dijk to play at Goodison Park for the first time since his injury, he believes the Netherlands international is experienced enough to handle the situation.

FREE TO WATCH: Highlights from Liverpool's win against Southampton in the Premier League on Saturday

"We are human beings and it's difficult to forget something like that," Klopp said. "That situation should not happen in football and it does not happen very often.

"Virgil is very experienced and he has dealt with this situation. It might be more difficult because it's in the same place, but apart from that it's just a football game."

Wednesday's fixture will also be the first time Liverpool will have faced Rafa Benitez since he returned to England with Everton in the summer.

Liverpool's 2005 Champions League win under Benitez ensured the Spaniard will always be revered at Anfield, but Everton's supporters made their displeasure with their team's performances clear during the Toffees' 1-0 defeat at Brentford on Sunday.

If Everton fail to beat Liverpool it will extend their winless run to eight matches, but Klopp insists his side are solely focused on collecting another three points as they look to close the two-point gap on league leaders Chelsea.

Image: Rafa Benitez is under pressure at Everton amid a seven-game winless run

"There are some special things around derbies, but first and foremost it's a football game and that's exactly how we want to approach it," Klopp said. "We know what our supporters want and we try to fulfil their dreams.

"In football you need a cool head. It's still emotional, but you have to use your emotions in the right way. That's the plan for tomorrow night."

Mohamed Salah has 17 goals in just 18 games for Liverpool this season - including his stunning solo strike in October's 2-2 draw at home to Manchester City - and Klopp believes the forward's form should have seen him finish higher in the race for the Ballon d'Or.

Lionel Messi won the award for the seventh time on Monday night, with Robert Lewandowski and Jorginho second and third respectively.

Salah placed seventh and was fourth among Premier League players, finishing behind Cristiano Ronaldo in sixth and N'Golo Kante in fifth, as well as Jorginho.

Klopp admitted he was "surprised" that Salah could finish so low, and also questioned why Robert Lewandowski did not win after scoring 73 goals in just 60 games for Bayern Munich since the start of last season.

"I was surprised to be honest, but it's not in my hands," said Klopp when asked about Salah's Ballon d'Or position.

"You always can give it Lionel Messi for the career he's had and the footballer he is, but if you don't give it to Robert Lewandowski this time then it's quick tricky for him to get it at all.

"Mo definitely should have been higher up."

Follow every Liverpool game in the Premier League this season with our live blogs on the Sky Sports website and app, and watch match highlights for free shortly after full-time.

Get all this and more - including notifications sent straight to your phone - by downloading the Sky Sports Scores app and setting Liverpool as your favourite team.