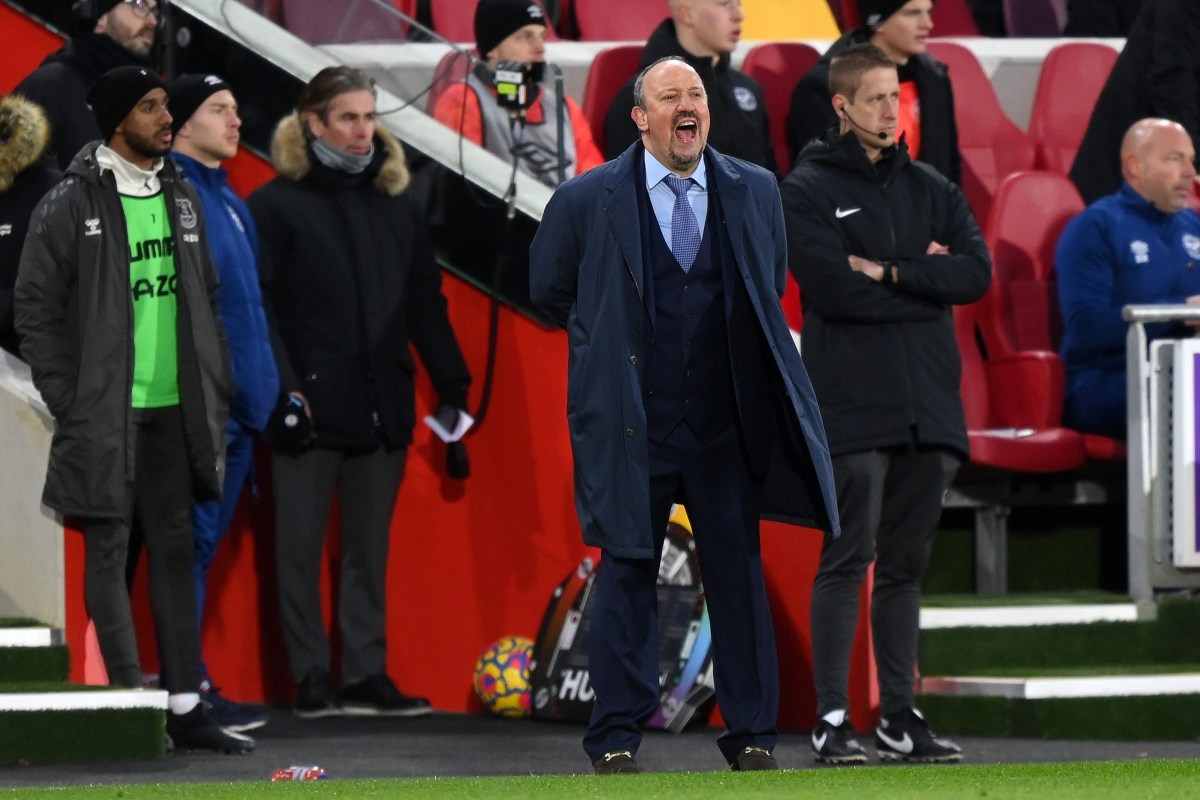 ‘Agent Rafa’ began trending on Twitter as Liverpool fans mocked Everton in the wake of their defeat at Brentford.

The 1-0 defeat consigned the Toffees to a seventh straight Premier League match without a win and the heat is cranking up on former Liverpool boss Rafael Benitez, who made the shock move to Goodison Park in the summer.

The Spaniard was in charge of the Reds for six years, achieving icon status at Anfield having won the Champions League with them.

A spell at Chelsea had burned some bridges for the Spaniard in Liverpool, but more than a decade on from leaving the Reds, most anger was felt among Everton supporters when he joined the club earlier this year.

Things started well for him with four wins and a draw from his opening five games, but the Toffees are now in some of the worst form in the league.

One win in nine has seen Benitez become the betting favourite to be the next Premier League manager to lose their job, and maybe his next fixture could be the end of a short tenure.

Everton see their fiercest rivals Liverpool travel to Goodison Park next up on December 1, and another defeat could see the disdain for Benitez among supporters reach fever-pitch.

However, talkSPORT’s Perry Groves believes that anger could well turn into apathy, with the derby at risk of not becoming a sell-out due to Benitez’ relationship with Liverpool.

“All the Everton press boys are here and they’re actually saying it could be the first time in the Merseyside Derby that there might not be a full house,” Groves said.

Could we see empty seats at Goodison because of Benitez?

“They’re saying to me that maybe some of the Everton fans will say, ‘no I don’t want to go’.

“The situation with Benitez, Liverpool fans taunting them about Benitez, and the other thing is they don’t want to see their team get beat by four or five.”

Groves was also taken aback by the 51-year-old’s static nature on the touchline, and questioned if something has changed.

“As a manager you normally get very animated or very frustrated or you show a lot of passion or emotion, I didn’t see that.”

The last meeting between the two Merseyside rivals saw Everton win at Anfield for the first time since 1999, with Carlo Ancelotti’s Blues giving fans a season highlight.

The Italian later departed for a second spell in charge of Real Madrid, leaving Everton with Benitez, and Liverpool fans laughing at ‘Agent Rafa’ taking their rivals down the league table.