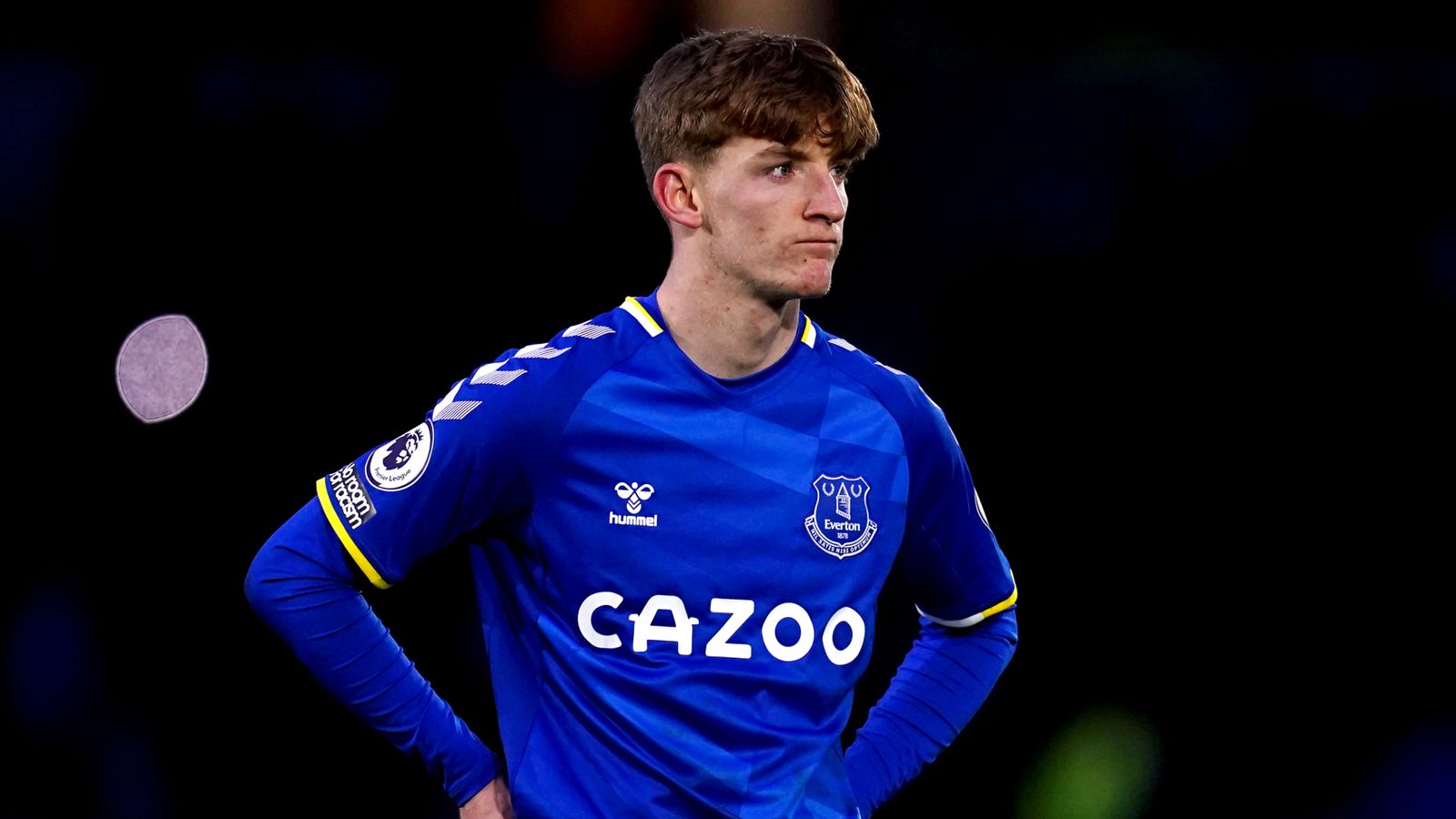 Rafael Benitez can understand the frustration of Everton supporters but remains confident about turning around their poor form after defeat at Brentford extended their winless run to seven games.

Bees striker Ivan Toney scored the only goal of the game from the penalty spot in the 24th minute after Andros Townsend had caught Frank Onyeka with a high foot inside the area.

The Toffees were poor during the first half and, while they improved after the break, Brentford goalkeeper Alvaro Fernandez was rarely called into action.

The Everton fans made their feelings known at full-time, with some angry reactions when the players went over to applaud the travelling faithful.

"We can understand the frustration of the fans but we are also frustrated," Benitez said after watching his team lose for the fifth time in six matches.

Everton's run without a win stretches back to September 25. Injuries have hampered their cause with Dominic Calvert-Lewin and Abdoulaye Doucoure among several to be absent for the majority of that period, although the latter did return to start at Brentford.

Richarlison was also suspended for the fixture in the capital but will return for Wednesday's crunch clash at home to Merseyside rivals Liverpool.

The summer appointment of Benitez was met with criticism due to his history with the Reds, but the Spaniard made a good start to life at Goodison Park and won four of his opening six league games. He is positive they can get back to that type of form, with the club currently languishing in 14th position.

"We didn't deserve to lose but the reality is the team is giving everything on the pitch and you can see the togetherness of the players," the 61-year-old said.

"If we consider what we did at the beginning of the season, we saw enough quality to know we can be doing much better.

"But even the games we draw (against Manchester United and Tottenham), the team was doing enough to get more from these games.

"It is a question of confidence, missing players, but you could see what we were capable of doing at the beginning of the season. When we have everyone available, I am confident we will do it again."

Thomas Frank's Brentford had not tasted victory in the Premier League since the start of October but were deservedly in front at half-time thanks to Toney's fifth goal of the campaign and defended impressively after the break.

FREE TO WATCH: Highlights from Brentford's win against Everton

It helped the Bees return to winning ways at their home stadium, having not triumphed there in the top flight since the opening day of the season.

"We hadn't won in five, we deserved more in those games and everyone knows it, but to get the win you need to defend well and we got back to top-level defending today," Frank said.

"And finally we got the home win we have been searching for and fighting very hard to get. It was a fantastic atmosphere and especially at the end, so for many reasons it was a vital win."

Image: Coleman apologises to fans at the final whistle

"But Benitez could hardly blame the match officials here as his side's second-half resurgence ultimately fell short. As Hey Jude greeted the sound of the final whistle, the Everton players were met by a barrage of abuse from the away end. Benitez must take a poor team and make it better.

"There was no lack of endeavour, but a worrying absence of quality. Until the likes of Dominic Calvert-Lewin, Yerry Mina and Richarlison are back available, Everton look set to remain on this downward spiral."