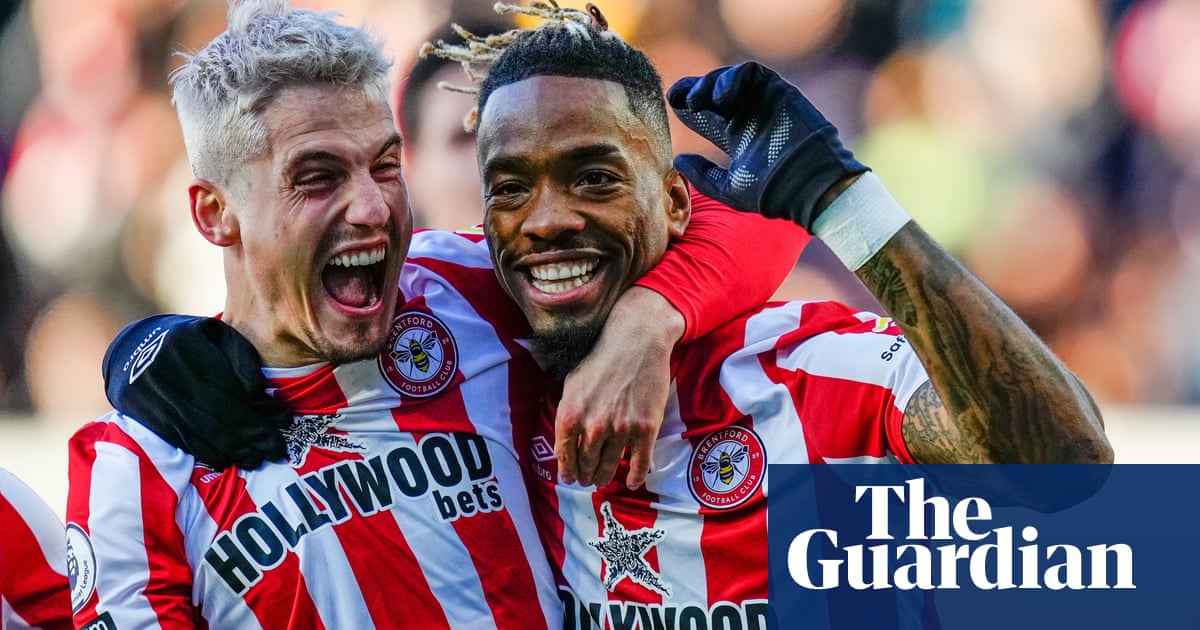 Everton head into the Merseyside derby in a terrible state. No change there, but that does not ease the suffering of their supporters or do much for the prospects of Rafael Benítez as he prepares to face his old club. The Spaniard insisted prior to this game that he had the full backing of the club’s majority shareholder, Farhad Moshiri, but after witnessing his side lose for a fifth time in six games, he can no longer be certain.

A week after delivering an incredibly ineffective display against Manchester City, Everton showed more intent and , on a bitingly cold day in west London but ultimately they were still poor, performing once again with little identity or, frankly, quality. It is now no wins for the Merseysiders since 25 September and it is hard to see that run ending any time soon.

For Brentford, this was very much a case of the rot being stopped. A first league win in six games for Thomas Frank’s side, their first here since the opening day of the season, was one they deserved for showing great resilience and, crucially, taking their chance when it came. Not surprisingly, it was Ivan Toney who struck via a typically ice-cold penalty.

Both these sides came into game out of form and also with a host of players unavailable. Benítez was at least able to recall Abdoulaye Doucouré after he had missed Everton’s last four matches with a broken metatarsal. The midfielder has arguably been the visitors’ best player this season but he struggled to make his presence felt in the early stages against a aggressive opponents.

Brentford, for whom forward Yoane Wissa was named among the substitutes having recovered from an ankle injury, were looking to get their front two of Toney and Bryan Mbeumo on the ball as often as possible with quick passes from their back three, the attackers well supported by a hardworking midfield. Everton, as is their way, dropped deep in order to combat the threat and did so reasonably well, restricting Brentford to a couple of early corners.

It was through that route, however, that Brentford took the lead on 24 minutes. Sergi Canós too the set-piece from the left and Jordan Pickford scrambled the ball away to to the edge of the area, where Andros Townsend looked to hook it fully clear. But instead he kicked Frank Onyeka’s jaw as the Nigerian looked to meet the ball with his head.

The connection was accidental but firm and undeniably dangerous, leaving Oneyka stricken on the turf. Play continued amid furious boos from the home support before Darren England, having taken advice from the VAR, decided to review the incident on the pitchside monitor. It did not take much of a look for the referee to award a penalty. Toney took one step, sent Pickford the wrong way and scored his fourth league goal of the season.

Everton needed to respond and did so almost immediately with a Salomon Rondón shot from close range that Álvaro Fernández kept out with an excellent reaction save.

The visitors kept coming forward but did so in a panic, with the majority of their attempts speculative and from long range. Indeed it was Brentford who came closest to scoring again, first via a Vitaly Janelt run into the area that Doucouré did well to halt and then, on 42 minutes, a Bryan Mbeumo shot that Pickford kept out with relative ease.

As expected of a team in desperate need of a goal, Everton started the second half with an upsurge in intent. The men in blue were now dominating possession and territory but could not back that up with quality play. Their passing was inaccurate and largely clueless while the movement of their attackers was close to non-existent.

It took the visitors 15 minutes to create a meaningful chance, that being a close-range stab from Alex Iwobi that Fernández held with relative ease. The away supporters in the corner were doing their best to encourage their team but getting little in return.

In part that was because Brentford were holding firm, every man in red and white showing fight for the cause, albeit Canós going a bit too far in that regard with an aggressive challenge on Lucas Digne on 67 minutes that floored the Frenchman and led to a scuffle involving both sets of players. The referee eventually calmed it down and booked Pontus Jansson and Rondón. Canos, already on a booking was arguably lucky not to receive a second.

Desperate to find an equaliser, Benítez replaced Townsend with Demarai Gray on 70 minutes and the winger quickly made an impact with a dangerous cross into the area that, had he been playing, Dominic Calvert-Lewin may well have done something with. His place here was taken by Rondón who, once again, was blunt. That was the case for the majority of those in blue and next comes Wednesday’s visit of Liverpool. Goodison Park could become very toxic very quickly.