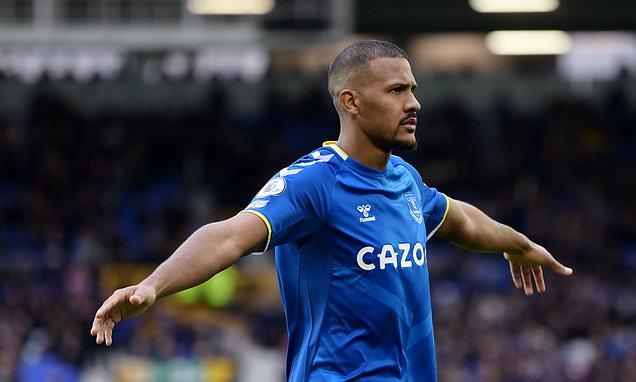 Salomon Rondon is hoping hard work and a tough new training regime pay off against Brentford on Sunday.

The Everton striker is determined to win over supporters after a series of laboured performances since his arrival from Chinese side Dalian which underlined his lack of match fitness.

Fans have, at times, vented their frustration at the 32-year-old as Everton struggle to find some degree of form under Rafa Benitez and Rondon has been fighting to prove his worth to the cause.

Dominic Calvert-Lewin is still out with a thigh injury and Brazilian Richarlison is suspended for the trip to Brentford so the door is open for Rondon's shot at redemption.


Despite being called up by Venezuela for games against Ecuador and Peru, the 6ft 2ins centre forward turned down the call-up saying he wanted to concentrate on improving his fitness, admitting his deadline day transfer and a summer injury had left him playing catch-up in comparison to his teammates. Rondon had initially signed as cover but has been pressed into first team action with Calvert-Lewin and Richarlison sidelined at varying times.

'I have to be honest with myself: I don’t currently feel that I’m at the level I’d like to be at to allow me to perform to 100 per cent,' he said.

He has thrown himself into a hard-hitting new training regime involving boxing, spinning and extra cardio work which has impressed coaching staff so much that they have had to warn him he must take days off to recover.

However, such is Rondon's determination to hit the right levels and win over the Everton faithful, he has been working on his own at his new coastal home too.

Rondon, wife Valeria and children Rodrigo, Raffaela and Romeo, have settled in quickly on Merseyside and he hopes his extra work will begin to pay off as the games come quickly over Christmas.

Benitez recognises the selfless work ethic Rondon possesses on and off the pitch and has been patient as he is a man he knows and trusts having worked with him before in China and at Newcastle.

The Venezuelan speaks good English and is studying to go into coaching. He took a Masters on Sports Management from the Johan Cruyff Institute in Barcelona and has just started a Masters on Sport Direction. Now he hopes to find a way into the Everton fans' good books.