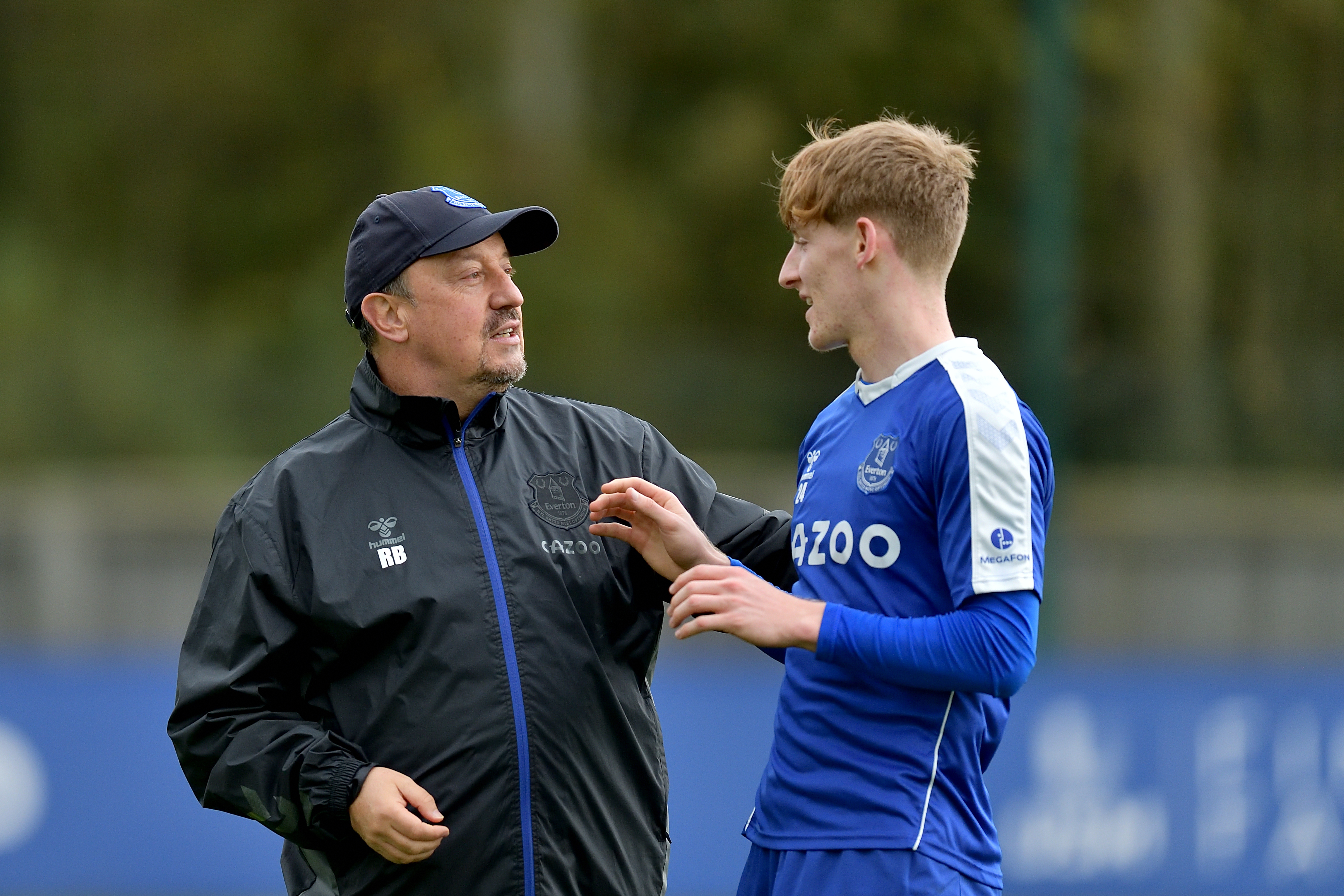 Everton, to me, means being on the front foot and aggressive. We are at our best when we play with speed and intent and that is how we'll approach the game at Brentford on Sunday.

One of the earliest things I learned in the Premier League was the importance of starting games strongly.

Teams in this division have too much quality to allow them a head start. If you’re even a little bit off it, or concede a goal, you are climbing a mountain for the rest of the game.

Look at our last home match, against Spurs, as an example. We were quick and aggressive from the beginning and that got the crowd involved. Our intensity stifled Spurs and we created most of the chances.

I’ve been asked a lot about that game because it was the first time I’d completed 90 minutes at senior level.

To be honest, I hardly played 90 minutes in my age-group teams. I’ve never really had an engine. The manager identified that as soon as he came.

He paid me a lot of compliments but said my stamina wasn’t up to scratch. And he was absolutely right.

I am quick and explosive and those types of players rarely have stamina.

I have to find the balance for what is required in the First Team, where the level and physicality are so high, and I am starting to get it right.

I have got into the habit of looking over if we make a change in the second half, thinking it could be me.

When it wasn’t, against Spurs, I was buzzing, it was a competitive game and I was enjoying it.

It’s no good doing it once, though, I need to get through entire games over and over.

That was why it meant a lot to stay on until full-time at Manchester City last week.

It was a really tough game, they move the ball so well and, at times, I felt like I was chasing shadows.

It is easy to throw in the towel, in those situations – but I didn’t and neither did the rest of the team.

The fact I didn’t come off shows I am gaining the trust of the staff and my teammates.

The manager paid me a lot of compliments but said my stamina wasn’t up to scratch. And he was absolutely right.

I am not getting ahead of myself, though, I never would. I have so much to learn and achieve.

I haven’t scored my first senior goal yet. To say I want to change that would be an understatement.

It is all I can think about. Seriously, even if I’m walking my dog, I'm imagining what it will be like to score for Everton. It is a dream and just thinking about it gives me goosebumps.

If I could choose how to get off the mark, I’d cut in from the left and curl one into the far corner.

That is my signature goal, one I scored a lot as a youngster.

I’ve got the celebration planned, as well, but I’m keeping that to myself.

The majority of my earliest First-Team appearances came at a strange time, with no fans in the stadiums.

The opportunities meant everything to me, don’t get me wrong, I was playing for Everton and felt so fortunate and privileged.

But the first time I started in front of Evertonians at Goodison Park this season felt like my actual debut.

Seriously, even if I’m walking my dog, I'm imagining what it will be like to score for Everton. It is a dream and just thinking about it gives me goosebumps.

That is real football, a different story altogether. The adrenaline pumps through your body from start to finish.

Our results have dipped over the past five or six weeks but we have a lot of experienced players and staff, who know how to handle this period.

There are so many games to play and they will come thick and fast over the next month or so. It is a great opportunity to get back on track.

We have been missing three or four top players from the starting XI but they are coming back at a good time, with so many points to play for.

I have been in a lot of big situations for a young player but enjoyed every minute. Every experience will help me improve and develop.

I am proud of what I’ve achieved but it is only the beginning.