Who knew Hibbert was just waiting for a crack at the French 10th tier?
Daily Mail 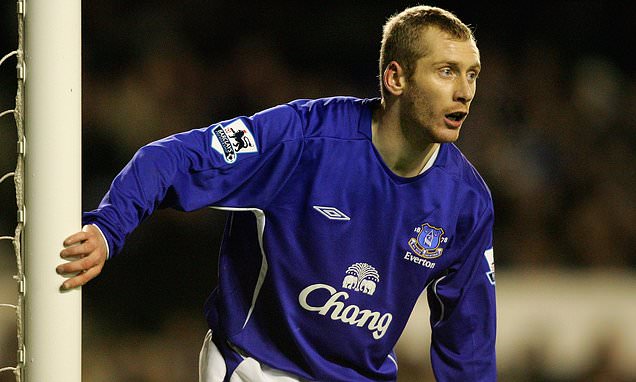 Turns out we had it wrong all this time: it is pronounced ‘Ib-air’. Tony, we now know, is short for Antoine.

And as we are finding out, fidelité is in even shorter supply than first thought. Pity those lonely hearts of one-club men. They are mourning the loss of one of their own this week.

Who knew that, all along, Tony Hibbert was just waiting for a crack at the French 10th tier?

Forget Old Trafford and Goodison, it was the hallowed turf of Courlay and Saint-Leger-de-Montbrun that tugged at his heart.


Well now, a few months short of his 41st birthday, Hibbert has his wish.

Five-and-a-half years after leaving Everton, the defender has signed for ES Louzy in western France. He had been back training for a month; talks had been ongoing since May.

Hibbert had recently begun passing on pearls of wisdom to the club’s Under 13s. No, honestly.

‘It happened little by little, but I think it was itching a bit,’ Louzy president Jerome Archambeau said this week. How long will it take for the die-hards of western France to afford Hibbert the same cult status he enjoyed on Merseyside?

The Liverpool-born right back made 328 appearances for Everton before bowing out in 2016, having given 15 years of gritty, selfless service to the Premier League.

‘Coming back to the grassroots of football after such a career, I think it’s good for him,’ Archambeau added.

From the goldfish bowl to the fishing lake. Hibbert, it turns out, has long been a dab hand with the rod.

So he bought a 33-acre carp fishery in France and has lived in the country for three years. The 40-year-old had earned that slice of the quieter life. Now, though, problems swell.

According to reports, Hibbert has yet to master the local tongue. In the years since he first hung up his boots, meanwhile, the role of the full back has changed.

No doubt those 10th-tier wingers will place a target on his back. Fortunately, Hibbert is well versed in reeling in slippery foes.