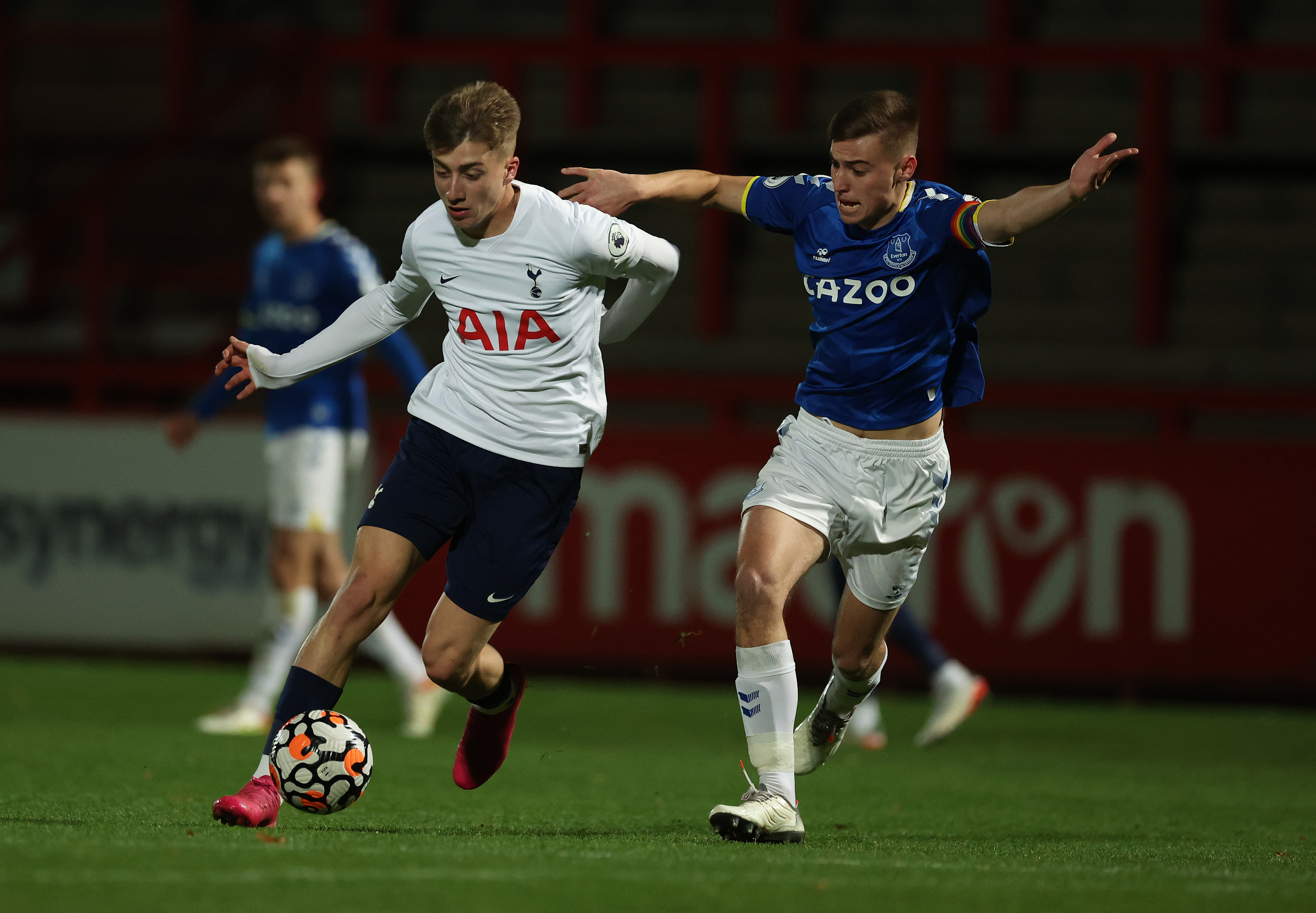 Everton Under-23’s fought well against hosts Tottenham Hotspur, but fell to a 4-0 defeat at the Lamex Stadium on Friday night.

The young Blues came into the game in fine form, unbeaten in their last three Premier League 2 games.

However, Tottenham took a surprise lead a minute in after number nine Jack Clarke slotted past Harry Tyrer at his near post.

This didn’t seem to dishearten Everton as they had a good shout for a penalty just eight minutes later.

Rhys Hughes played Tyler Onyango through a nicely timed pass to the left side of the box and was brought down inside the area by Malachi Fagan-Walcott, however, the referee didn't believe there was enough to call for a spot kick as the game continued.

The young Toffees continued to pressure the home side and came close to an equaliser through Tom Cannon’s left footed strike.

The target man found space from just outside the 18-yard box and managed to get a shot off which forced Tottenham keeper, Thimothee Lo-Tutala to make a good save.

This led to a corner which Hughes’ brilliant delivery was met by captain Ryan Astley whose header went just over the bar 20 minutes in.

Unsworth side were playing some nice football, but their best chances were coming from set-pieces, again Hughes found Astley from a left-sided corner, this time at the near post, but Astley was not able to steer his header towards goal.

Tottenham started the second half like they did the first, with 50 minutes on the clock, captain Harvey White played a cross from the left side of the Everton box which Dilan Markanday tapped in to make it 2-0.

Everton kept fighting to get back into the game and could have had a goal of their own nine minutes later when Kyle John played an excellent through ball to Hughes.

The number 11 was one on one with Lo-Tutala, but the goalkeeper made a great save at his near post.

Despite Everton’s good chances, Wayne Burnett’s side scored their third in the 62nd minute following some nice play from full-back Marcel Lavinier who played though teammate White, the number eight's shot hit the crossbar and dropped over the line.

The home side made it 4-0 after 76 minutes, this time captain White made the assist as his cross from the left-side of the box was headed in by defender Fagan-Walcott.

Despite the score line the Toffees showed good spirit throughout continuing to push for a goal. but were unable to produce the finishing touch.

After a poor pass back from Lavinier, Cannon had a chance to get the Blues a deserved goal, but they were unlucky again as his shot smashed against the post.

Unsworth will be hoping his side are able to make a response in their next game at home to Peterborough in the Premier League Cup.