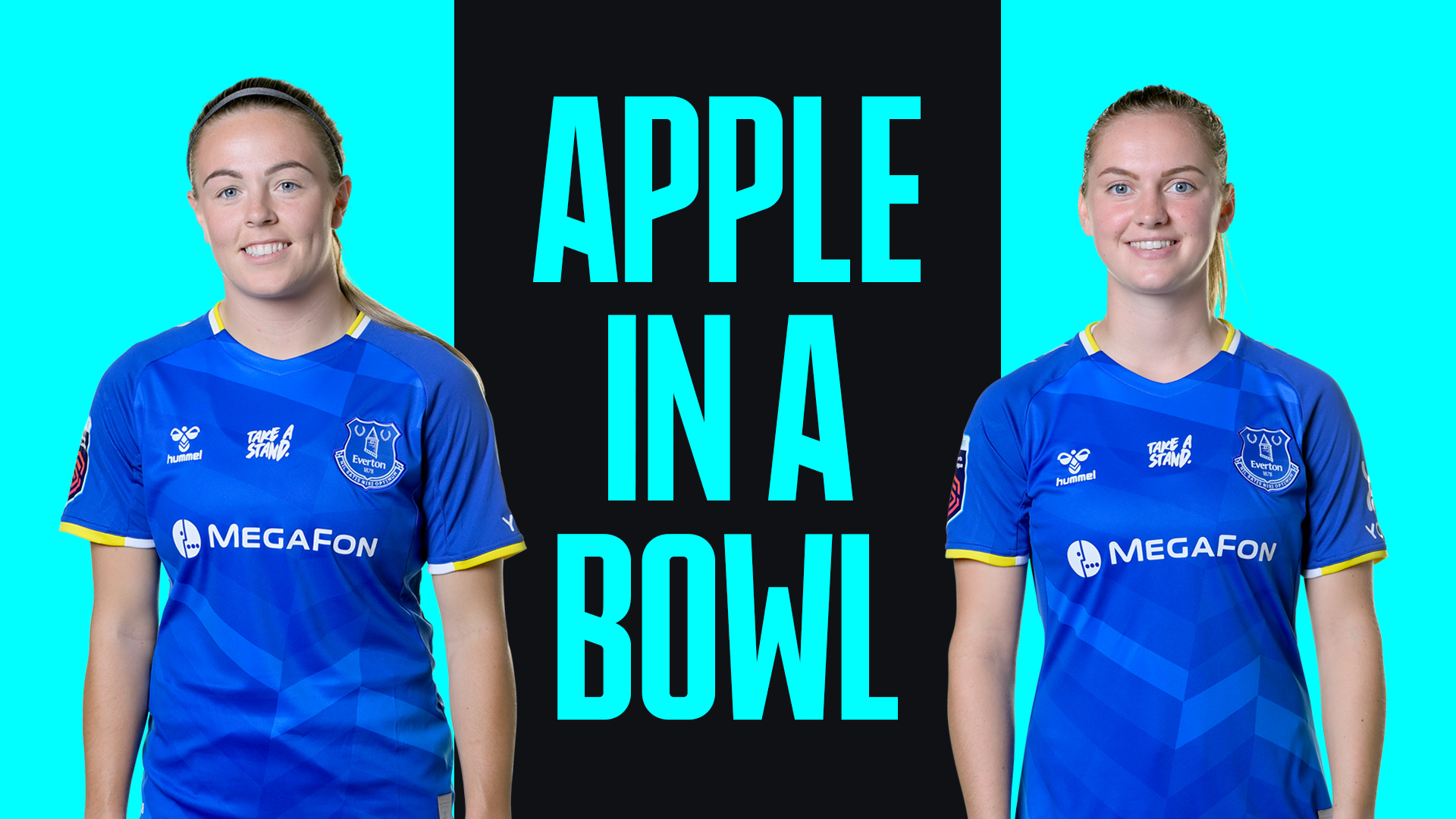 Simone Magill has been flying for Club and country, scoring six goals in her last three games. However, can she perform off the park as she takes on the Apple In A Bowl challenge.

Up against Blues teammate Lucy Graham, this intense game of bluff see the pair face off against one another to determine who finishes with the apple on their respected side of the table.

Be prepared for poker faces, fruit puns and 'a history of lies' as Magill and Graham take on Apple In A Bowl.

Watch the humerous feature at the top of this article or by clicking here!

Everton Women have an exciting triple-header of home games at Walton Hall Park in December – and Season Ticket Members and Official Members can attend all three of the matches FOR FREE!