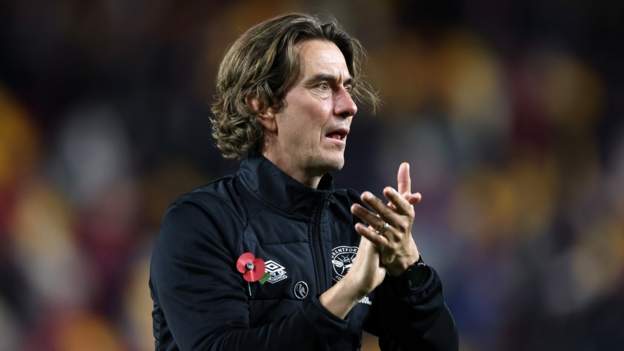 Mads Sorensen and Mathias Jensen are both back in contention but Mathias Jorgensen is likely to miss out.

Everton manager Rafael Benitez may welcome back Demarai Gray, whose muscle injury is not as serious as first feared.

Abdoulaye Doucoure will also face a fitness test, while Richarlison and Mason Holgate are suspended.

Yerry Mina, Dominic Calvert-Lewin, Andre Gomes and Tom Davies are all still out.

Both of these sides are on a bad run of results, but it is Everton who I am most concerned about because they have been playing poorly too.

At least Brentford's draw at Newcastle last week was a step in the right direction after four straight losses. Yes, the Bees have started to concede a lot of goals, but Everton just don't look capable of punishing them at the moment.

Rafa Benitez's side started the season really well but injuries have taken their toll on a shallow squad. I look at them now and they are just a shadow of their former selves.

With the Merseyside derby coming up next week, Benitez needs a positive result, and fast. I don't see him getting one in west London though.

Choose your Everton formation and starting line-up. It's up to you how to approach it - you could go for the team you WANT the boss to pick or the one you THINK he will.