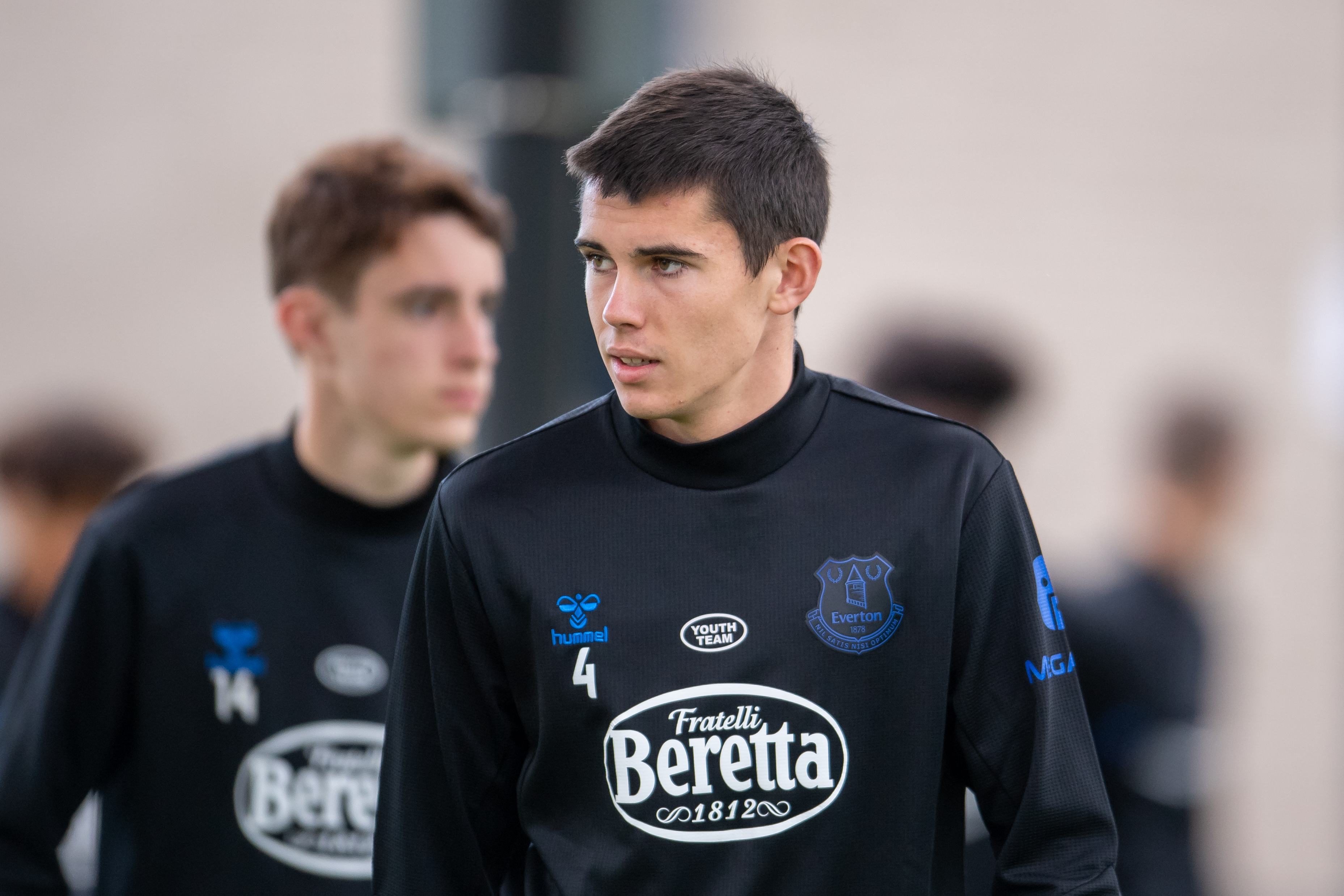 Everton Under-18s defender Jack Tierney expressed his gratitude to Leighton Baines for helping him fall in love with the Blues.

Tierney – an Everton Season Ticket holder since the age of five – has been in impressive form for Paul Tait's young side this season, aided by Club icon Baines, who joined the coaching staff earlier this campaign.

And Tierney, still only 16 years old, reveals that Baines’ influence on him dates back to an FA Cup tie against Chelsea at Stamford Bridge back in 2011.

“I remember my first game, we were getting beat and it was late in extra time,” Tierney told evertonfc.com.

“Leighton Baines had a free-kick, and my dad says, 'If he misses this, we’re going.'

“I always remember how he put it in the top corner. That feeling will stay with me forever.

“We won on penalties and went through.

“That was the first day that I knew what it felt like to be an Evertonian.

“The feeling of winning.

“When Leighton came in, I can remember our first conversation. I went up to him and asked what his favourite goal for Everton.

“It was just a moment that came around and I just had to ask him, but I knew mine was that strike at Stamford Bridge.

“It was great for me to be there to see it.”

Ahead of Saturday's home clash with Arsenal in the U18 Premier League, Tierney discussed the role - and influence - Baines has had so far.

“Leighton is great to work with,” he explained. “He’s always been in the situations as a defender that you have got to deal with.

“He has great advice to give to you.

“The first bit of advice that he gave us after watching us train was about our body shape.

“Especially for him being a full-back, he had people trying to get past the side of him.

“It’s something with my size that I’ve been trying to work on.

“Being on my toes, side on which gives me a better chance of getting to any loose balls or anything played over the top or forcing the striker one way onto his weaker foot.

“He’s always talking about the back four, how they all need to work together.

“The main thing was working together with your centre-half partner.

“Go together, if there’s a space the other comes round.

“Having someone with his knowledge, giving us advice can only be helpful.”

Looking ahead, Tierney's long-term dream is a simple one - to play for the First Team, but, he says, pulling on the royal blue jersey at any level will always be an honour.

“It’s every local lad’s dream to play for Everton," he added. “I’m currently living that dream.

“I travel home and away to watch the boys.

“I’ve been to more than 40 different away grounds and it’s just been my livelihood growing up so getting the opportunity to play for them is a dream come true.”