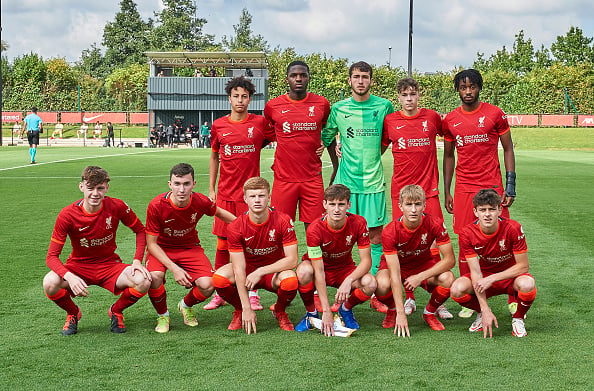 Liverpool midfielder Tyler Morton could have turned out for Everton, according to The Athletic.

It has been reported that Morton was a regular at Liverpool’s pre-academy programme for six-to-eight-year-olds.

Morton, now 19, was training with Everton at the time as well.

Liverpool subsequently made an offer to Morton, and the midfielder accepted it.

The report has claimed that there was a chance that the England Under-20 international could have moved to Everton.

However, according to the report, ’the pull of Anfield lured him to where he really wanted to be’.

Tyler Morton is a Liverpool gem

Morton is still only 19.

As we can understand, the midfielder is still developing and progressing as a footballer.

Morton has also played twice in the Carabao Cup this season.

It shows how much faith Liverpool manager Jurgen Klopp has in Morton.

Now, of course, we do not expect Morton to establish himself in the Liverpool starting lineup anytime soon.

However, in our view, Morton will get better in the coming years and has a bright future ahead of him.

In other news, ‘I can tell you’: Conte sends message to Spurs fans after NS Mura defeat