Highlights: Arsenal lose on the road at Everton

Posted Monday 6th December 2021 on Pain In The Arsenal

‘My goodness’: Arsenal fans wowed by one player v Everton

Everton fans stage protest on 27 minutes of match against Arsenal 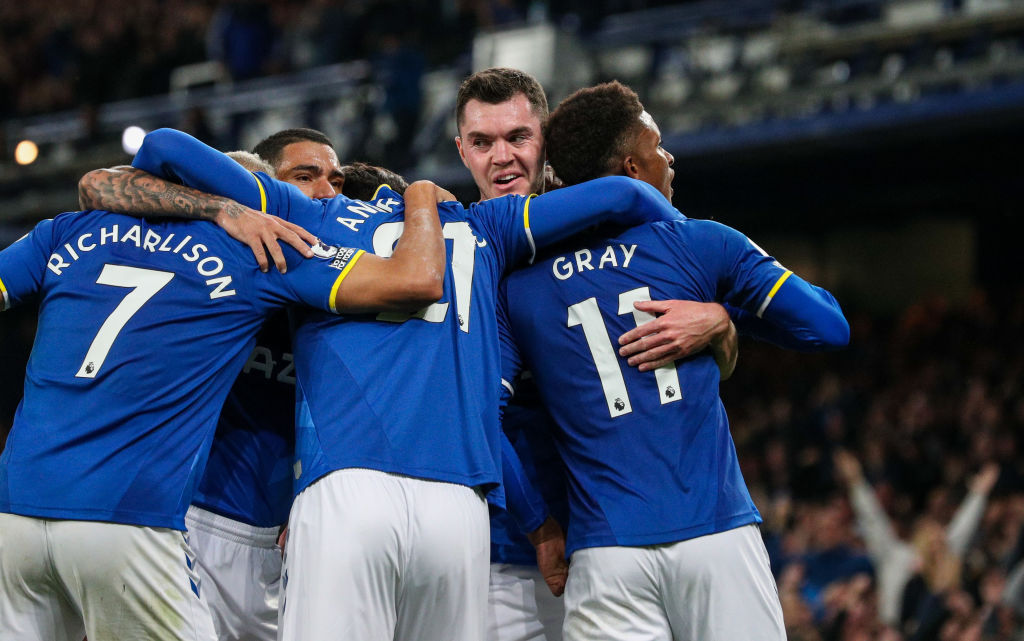 According to MARCA, Everton are looking to replace Yerry Mina with Barcelona wonderkid Arnau Comas, who could be signed for free.

The wonderkid’s contract expires in June, so the Toffees could land him for free.

MARCA believe the Toffees have given up on Mina, who is very injury prone and has missed the last four Premier League games with a thigh issue.

Leicester are also interested in Comas, so Everton have competition.

MARCA also advise Mina – who Everton paid £27.19m for – to have a destination in mind should Everton sign the young Spaniard.

The Spanish news outlet believe Comas would harm Mina’s chances of game time, and consequently his chances of making the Colombia squad for the 2022 World Cup.

Everton should cash in on Yerry Mina

In our view, Mina has been one of the worst signings under Marcel Brands.

There have been quite a few. The £34m signing of Alex Iwobi was bizarre, as was the £45m capture of Gylfi Sigurdsson.

Mina hasn’t been as bad as those two, although he certainly hasn’t repaid Everton’s faith in him.

From a financial aspect, it makes no sense to keep him at Goodison Park.

At 27, Mina is still in his prime, so it shouldn’t be too hard to find a buyer.

Hopefully, Everton can pull off a deal for Comas, as it would be tremendous business to swap the South American with a rising star of Spanish football.

In other news, 'At the wrong club': Some Rangers fans fume after hearing Ibrox star's 'unforgivable' comments