Benitez must unleash Delph against Arsenal

Everton vs Arsenal: Tactical Preview | Wide men the danger, and the return of Mina?

Report: Brands wanted Everton to sign defender who is ‘amazing to watch’, Benitez said no

How Everton's woeful season could get even more miserable against Arsenal

Everton v Arsenal – the Arsenal team | Untold Arsenal: Supporting the club, the manager and the team

Yerry Mina could return for Everton

Where To Go For Live Everton v Arsenal Coverage And Highlights

Diabolical form and shocking signings - where it's gone wrong for Everton

'A defeat for everyone' - Mourinho to Everton rumours reach Italy, not convinced it will happen

Report: Player gearing up for Everton exit amid Arsenal interest

'Benitez did not like that' - Manager vetoed Brands transfer idea, 'brushed off' repeat Everton options

Is a youthful and high intensity attack the way forward tonight?

'Free of charge' - Club happy to let Benitez have his signing, Everton January arrival will be facilitated

Benitez to be given 'full support' 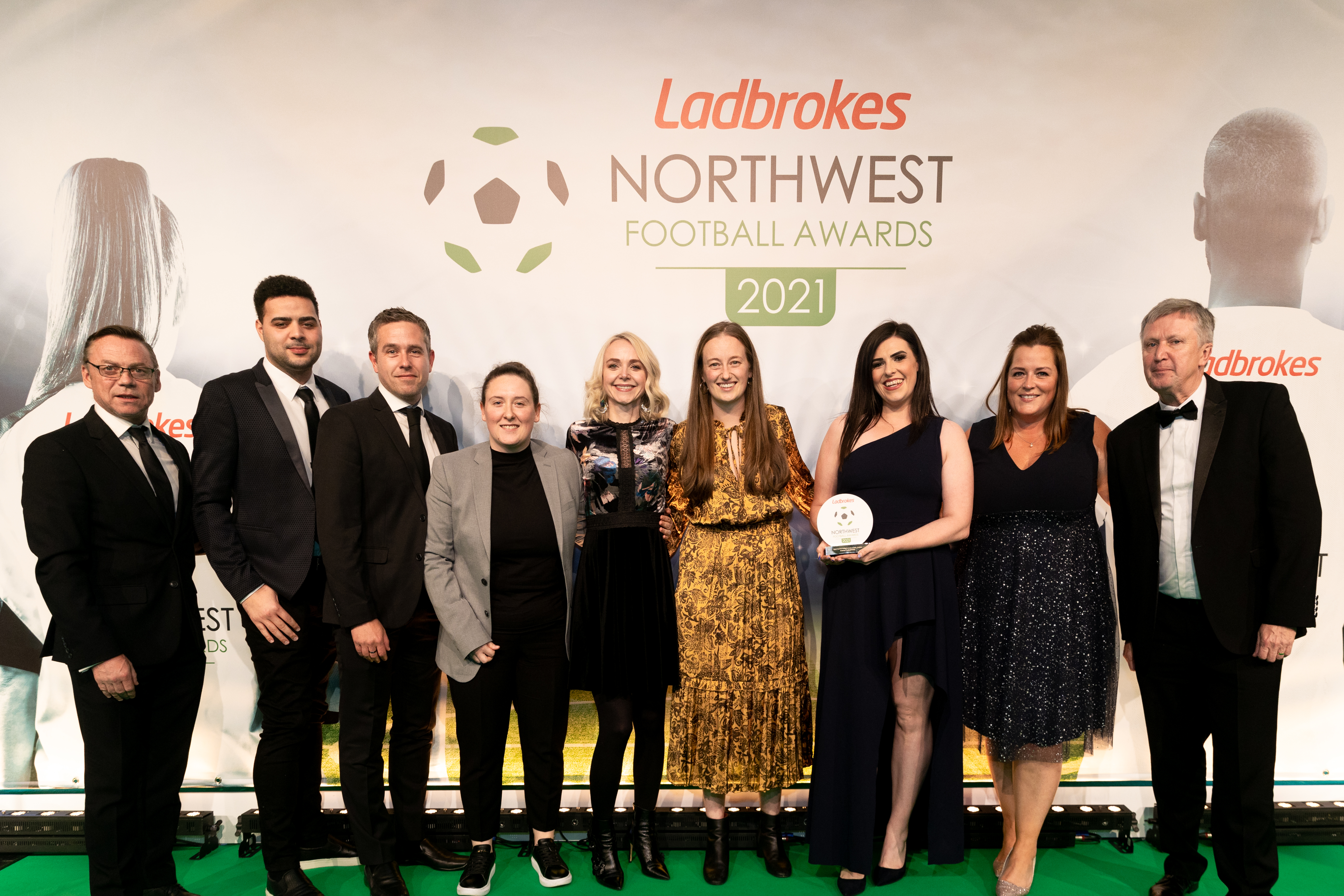 Everton’s ongoing commitment to the All Together Now programme has been rewarded as the Club landed the ‘Kick it Out Promoting Inclusion’ award at the 2021 North West Football Awards.

Representatives of the Club were at the annual awards ceremony in Manchester on Monday evening to accept the award, which follows a significant amount of work to embed a culture of inclusion across Everton.

All Together Now, which is approaching its third anniversary, has seen each department create an Equality Action Plan, nominate ‘Diversity Champions’ and develop a series of Inclusion Networks for all staff across the Everton Family.

The wellbeing of staff is a cornerstone of inclusivity, with Mental Health Ambassadors trained in Mental Health First Aid, and everyone across the Club – regardless of their role – having access to free and confidential counselling and lifestyle support services.

Furthermore, in May 2020, Everton formalised its support for Stonewall, Europe’s leading LGBT+ charity, by becoming members of their ‘Diversity Champions’ scheme.

This was followed by Everton becoming the first football club to become members of the ‘Employer’s Initiative on Domestic Abuse’ (EIDA).

The Blues are the first Premier League club to become a Disability Confident employer, while also applying best practice in the employment of people with disabilities.

The Club achieved ‘Champion of Champions’ at the inaugural Autism Gold Awards after training 250 of our staff in autism awareness, as well as employing stewards on the autism spectrum. There are also monthly sessions for children on the Autism spectrum while plans to create an off-site sensory room for young people to access on a matchday are under way.

Everton places utmost importance on diversity and inclusion – from support of national awareness days such as World Down Syndrome Day, Liverpool Pride, and being the first breastfeeding-friendly Club, to designs for Royal Liver Building offices to offer a hospitable and accessible welcome to all.

To mark the Club's first anniversary as an Advanced Premier League Equality Standard holder, a video has been created, showcasing the breadth of equality and diversity work, highlighting how this has continued to reach more people and carry powerful messages since receiving the prestigious accreditation.

The release of the video also coincided with IDAHOBIT Day (International Day Against Homophobia, Biphobia and Transphobia), which allowed the Club to engage in a conversation with media and fans on the importance of marking the day and the need to promote equality and diversity.

In the past year, Everton has marked International Women’s Day and announced new investment and a new Club structure for Everton Women, promoted access for all as part of the 2021 Level Playing Field campaign, joined the Anthony Walker Foundation’s  #SeeMeNow campaign, worked closely with Kick It Out and Rainbow Laces, become a Stonewall Diversity Champion and taken part in community and partnership work focusing on mental health, challenging social stigma and addressing inequality and issues around poverty.

Prince William, Duke of Cambridge and President of the Football Association, visited three of Everton in the Community’s community projects - Stand Together, Everton Veterans' Hub and Tackling the Blues - to find out about the crucial mental health support that the charity offers to different sectors of society.

Everton's players also fully appreciate the role they play in utilising their reach to create an inclusive environment authentically attuned to our strong values. Both current and former players regularly share messages and support campaigns to advocate for diversity and inclusion.

In April 2021, striker Dominic Calvert-Lewin discussed the importance of education in tackling racism.

Everton Women have also pledged their support for Kick It Out’s #TakeAStand campaign.