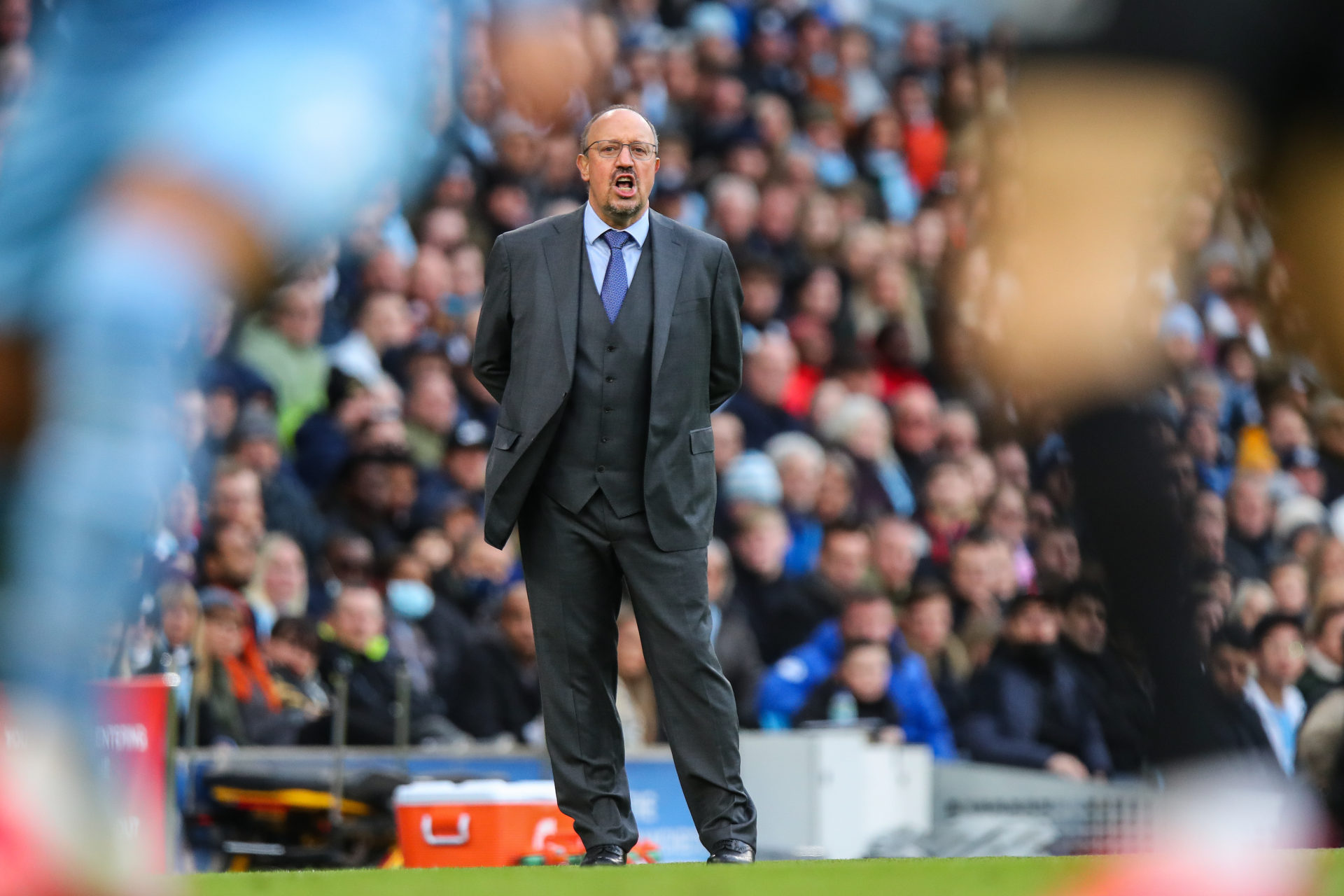 Michael Ball has told Rafa Benitez to give his Everton squad a ‘rollocking’ after Alex Iwobi struggled to retain possession at Manchester City, via his column for the Liverpool Echo.

The Toffees suffered their fourth defeat in six Premier League games as their winless run continued on Sunday. The Goodison Park outfit have still not won since September 25.

Benitez initially started Iwobi on the bench at the Etihad Stadium, but turned to the Nigeria winger after just 17-minutes. He replaced Demarai Gray, who sustained an apparent groin issue, to add to Everton’s mounting injury problems for star players.

Gray has been a key figure at Everton since a £1.7m transfer from Bayer Leverkusen in the summer. Benitez will have wanted to utilise his pace to try to hit City on the counter-attack but ultimately needed to rely on Iwobi, who spurned his best chances to impact the game.

His decision to not cut across Kyle Walker and later failing to pick out Richarlison while the Brazilian was unmarked in the Citizens’ penalty area particularly stood out to Ball.

“Iwobi came on to the pitch, didn’t look like he was warmed up and his decision-making let him down again,” Ball wrote. “I think he lost the ball more than any other player.

“There doesn’t seem to be any hurt when they lose the ball. It seems accepted by individuals and it’s accepted by their teammates.

“Who is giving them that rollocking to tell them to do it properly?”

Can Benitez get a response from Everton players like Iwobi, after Ball’s criticism?

Benitez will surely want his Everton squad – including Iwobi – to show frustration whenever they lose possession. But Ball, seemingly, does not see that from the players, nor manager.

Iwobi lost possession 14 times during his 73-minutes on the field on Sunday. Only Andros Townsend (10), Anthony Gordon (12) and Seamus Coleman (10) also recorded double digits for the number of times they lost the ball, among outfield Everton players, per SofaScore.

In other news, ‘Best years could be ahead of him’: Postecoglou says Celtic 28-year-old could still get better