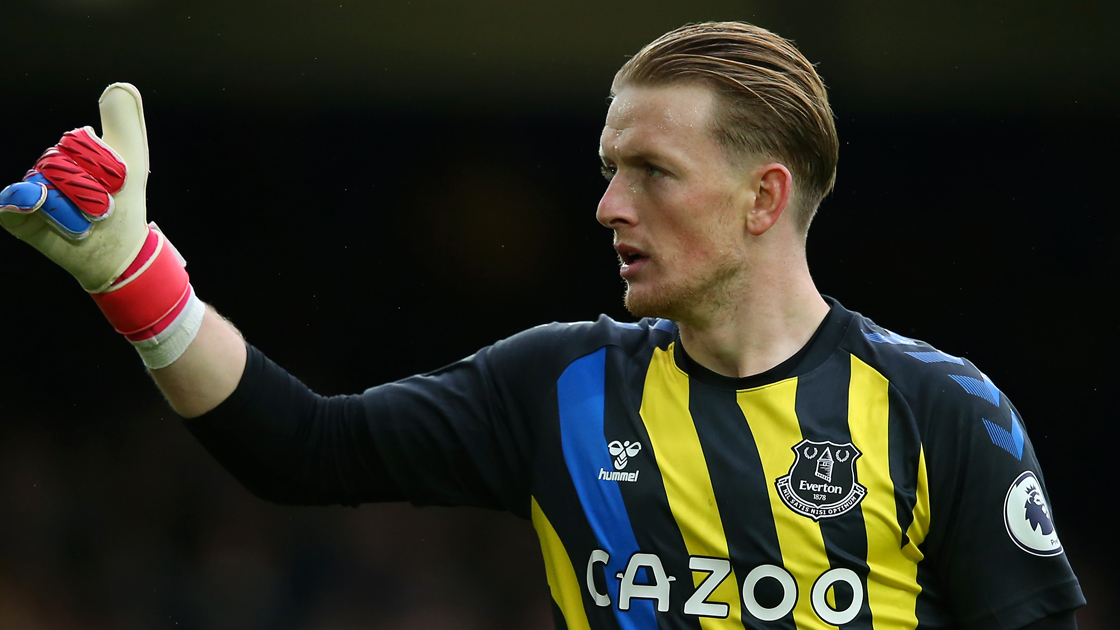 Jordan Pickford says Everton must “refresh” and retain their focus ahead of a first visit to Brentford Community Stadium on Sunday.

Goalkeeper Pickford maintained his own impeccable form in the weekend defeat at Manchester City, producing a pair of terrific one-on-one stops during a game where Everton resisted the Premier League champions until the stroke of half-time.

There was no coming back following Raheem Sterling’s 44th-minute strike, however, and Everton head for Brentford, contesting their first top-flight season in 74 years, searching for three points and a potential return to the top half of the table.

Rafa Benitez will pick a side in West London without a host of important figures, including Dominic Calvert-Lewin and Richarlison, the manager’s first-choice strike pairing at the beginning of the season, and indefatigable midfielder Abdoulaye Doucoure.

“We are all Premier League players and all have the quality,” said Pickford.

“We have had a few injuries but people get an opportunity to come in and we all have to take those opportunities.

“We are all capable of playing and when the manager picks his XI we have to perform.

“You know you are up against it at City, they are a top side and won the title and reached the Champions League final last season.

“We conceded three, which we were not happy about, and didn’t convert our counter-attacking opportunities, or get a shot on target to hurt [City goalkeeper] Ederson.

“We have to move forward, let the dust settle and work hard all week.

“We need to be calm and refresh for Brentford on Sunday.”

Pickford made his 300th senior club appearance in the meeting with City. More than half of those games – 173 – came for Everton, the club he joined from Sunderland in summer 2017.

The 27-year-old established himself as this country’s best keeper following his Goodison Park move and reached a World Cup semi-final and European Championship final with England in the past three years.

Pickford stood tall to deny Bernardo Silva at close quarters and spread himself to stop Sterling tapping in a second goal.

We have to move forward, let the dust settle and work hard all week. We need to be calm and refresh for Brentford on Sunday.

Sterling’s earlier strike paved the way for Rodri to rifle in an unstoppable long-range effort after half time, midfielder Silva popping up in the box late on to toe home and complete the scoring.

Everton's first chance to respond to Sunday's setback comes against newly-promoted Brentford, who have won three and drawn four of 12 Premier League games this term.

“Manchester City are such a good team, we tried to make it hard for them to get through us but sometimes they will get through and that is when I am going to be called on and need to be in the moment,” said Pickford.

“They scored just before half-time, which hurt us a bit.

“We reset as a team [during half-time], we are mentally tough, but they were the better side and we have to give them credit, the football they play is incredible.

“Some games don’t go your way and you have to focus on the next one.

“We are all human [so feel down after losing] but it is about working hard every day and giving 100 percent on the training pitch, which we do.

“It is about Brentford now. Every game in the Premier League is tough but we need to get a result next weekend.”