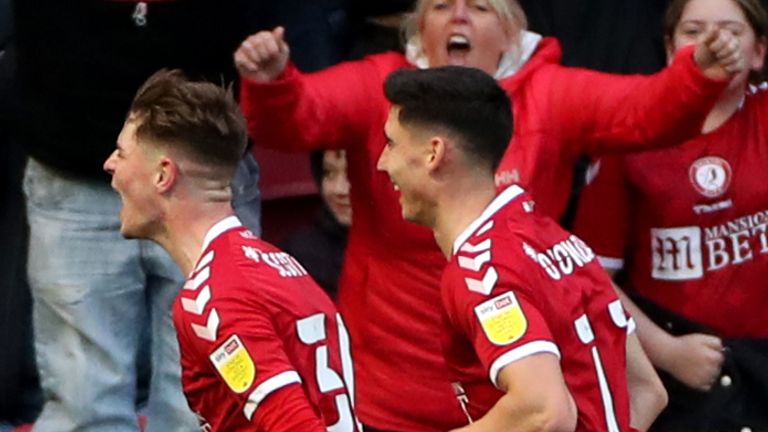 Teenage winger Alex Scott was the matchwinner as Bristol City heaped more misery on Derby with a 1-0 Championship victory at Ashton Gate.

Scott, 18, connected sweetly with a left-footed drive as the ball broke to him on the edge of the box and his shot flew beyond the reach of the diving Ryan Allsop in the 16th minute.

It proved enough to settle a game in which City created the best chances, while bottom-placed Derby lacked the cutting edge to capitalise on some promising attacks.

Derby boss Wayne Rooney also made a couple of alterations with Festy Ebosele and Allsop named in the starting line-up.

City made a positive start and should have been two goals up after 23 minutes when Chris Martin somehow contrived to shoot wide from 10 yards with time and space to convert a Callum O'Dowda cross.

Pearson's men were posing the greater threat in an open contest. Another chance fell to Andreas Weimann in the 34th minute when he fired over after a Semenyo shot had been saved.

City's Tyreeq Bakinson and Derby's Jason Knight were cautioned for an off-the-ball fracas after 39 minutes and were soon joined in the referee's book by Rams full-back Craig Forsyth for a tackle on Scott.

Derby had another let-off before half-time when Weimann broke away on the right and crossed for Semenyo, who blazed wildly over.

City defender Tomas Kalas received the fourth yellow card of the half for a high challenge on Ebosele, whose pace was causing problems on Derby's right flank.

The home side deserved their interval lead and Rooney reacted with two half-time changes, sending on Colin Kazim-Richards and Luke Plange for Knight and Liam Thompson.

City continued to be let down by their finishing as Han-Noah Massengo shot wide after 54 minutes.

But Ebosele was still a threat for Derby and looked to have a case for a free-kick or penalty when going down under a challenge from O'Dowda on the edge of the box.

Derby's first genuine chance fell to left-back Forsyth on the hour mark, but he fired over at the far post from Ebosele's cross.

Curtis Davies headed wide from a corner as the visitors pressed for an equaliser, while Plange shot straight at City goalkeeper Dan Bentley.

Hearts were in City mouths when Derby substitute Ravel Morrison fired inches wide at the death, but the result was a fair reflection of the game.