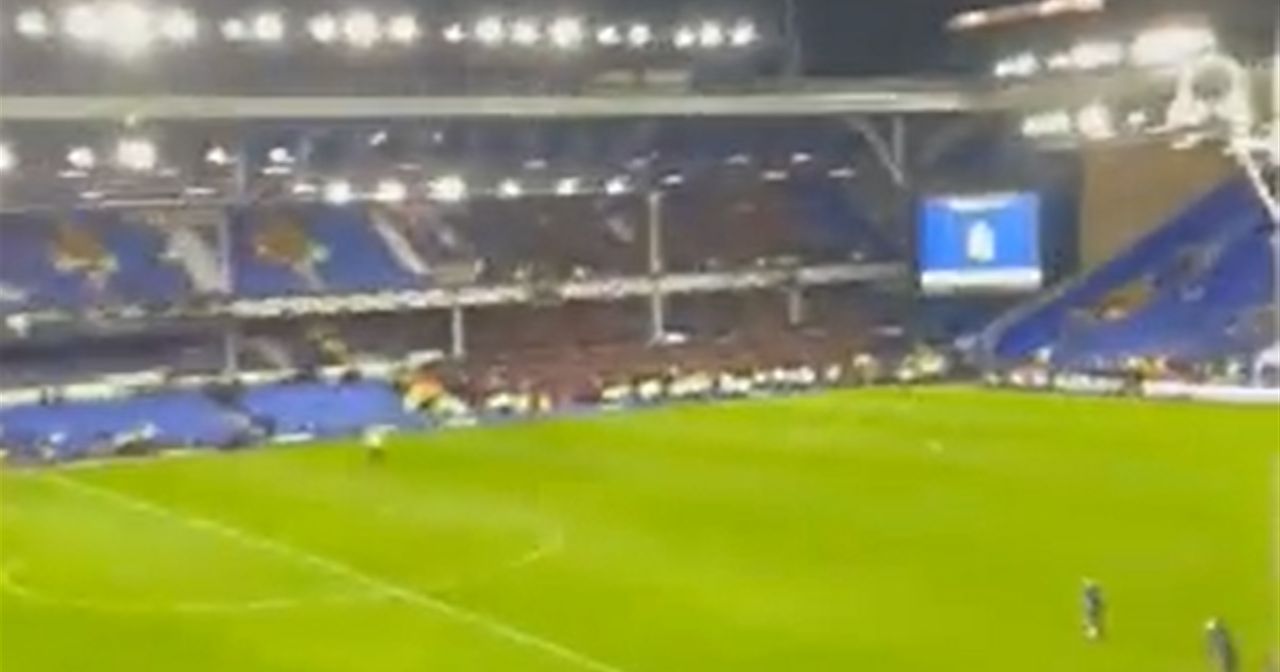 The Merseyside Derby used to be known as the ‘Friendly Derby’ where Liverpool and Everton supporters would be able to sit with each other.

Red and blue would be proudly worn around each stadium, with no fear of comment or harm and it was a true sense of the unity of the city.

Sadly, this is no longer the case and the few supporters that find themselves sitting with the opposition have to hide their true colours.

However, this can be used to the advantage of the individual, as is the case of this video that has been shared online.

One Liverpool supporter enjoyed their time as an Everton fan, joining in in with the post-match boos, shouting “Time to go lad” and “Where’s the f***ing Arteta money?“.

All’s fair in love and war and when the opportunity to sit with the opposition in a friendly manner has gone, maybe this is the only way that fun can be had behind enemy lines in today’s derby days.

You can watch the video via @scousehawkeye on Twitter:

Even got to pretend I was a blue. It was horrible. pic.twitter.com/ux4j01P0VL

Exclusive: The importance of Harvey Elliott’s family & being destined for the top – ex-coach provides the inside track on Liverpool starlet’s development & grassroots concerns