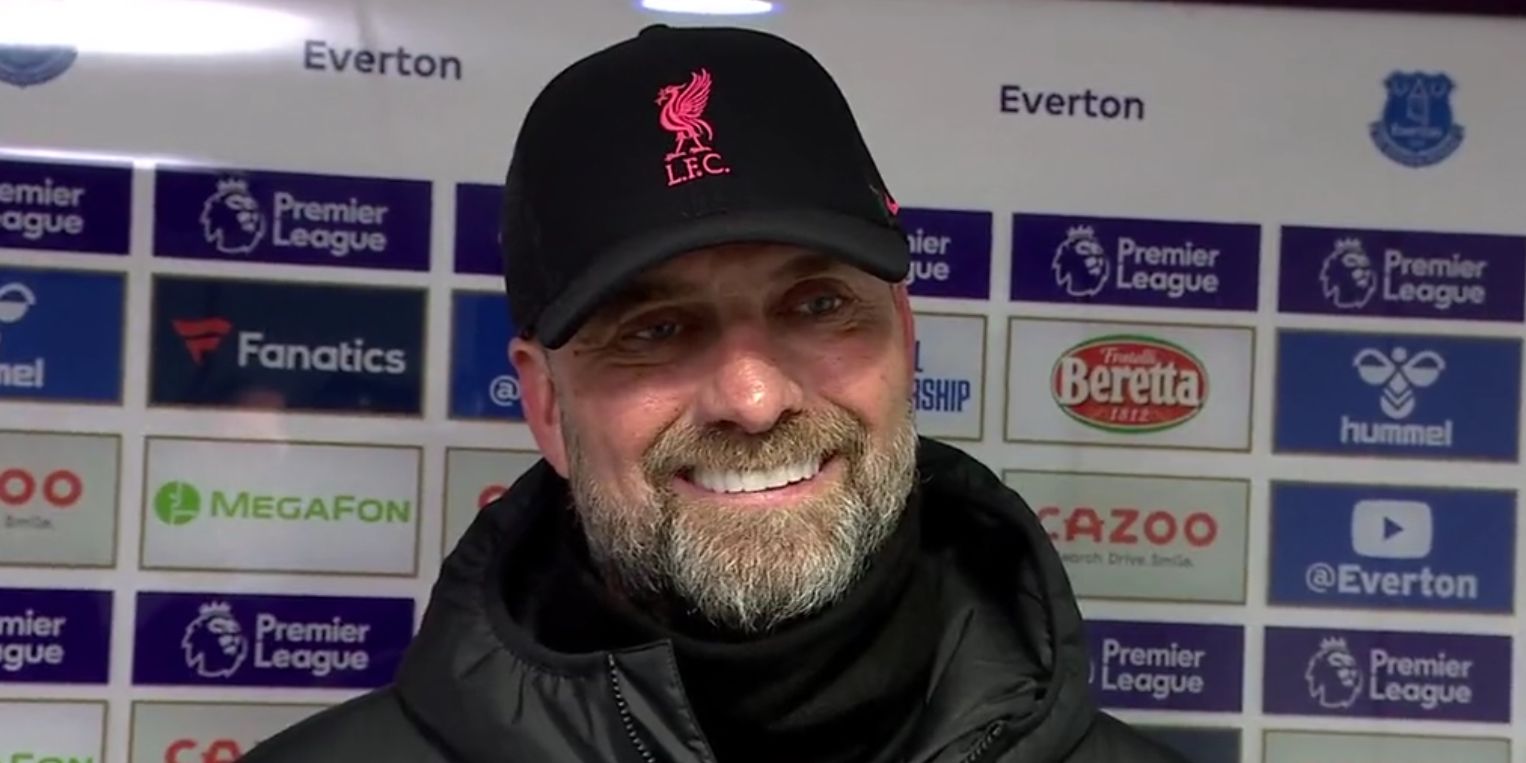 Jurgen Klopp spoke with the media after embarrassing all of Goodison Park with his team’s four-goal victory.

Liverpool were in sublime form and fully deserved a convincing victory in front of a lot of unhappy Blues.

He was asked after the game if the season-ending injury to Virgil van Dijk last season, was used as motivation for last night’s game.

Our boss said: “We are all human beings obviously and last time, I had the same feeling when I went in the dressing room today as last time we were there and we had two massive injuries.

“We are like a family and then when somebody is badly injured, which was pretty clear immediately, so you come in the dressing room and think ‘OK’ and you feel it.

“He [van Dijk] dealt exceptionally well with it, like Thiago did, and all the boys did as we can easily get too emotional but we never were to be honest.

It must have rocked all of the lads to see the Dutch captain sidelined for the rest of the season and returning to the scene of Jordan Pickford’s crime would have been emotive for all involved.

It’s great that they could convert this into a positive display on the pitch and get revenge in the best way possible.

"You come into the dressing room… you feel it"